But there was only one who would prove to be up to the task—an individual whose extraordinary cleverness and resourcefulness would alter the course of history from deep within the shadows of domestic spycraft. Her name was Kate Warne.

This is the story of America’s first female detective, a trailblazing working woman trying to make a living and do some good in a tumultuous, sexist age, and whose mysterious life and tall tale exploits are truly the stuff of legend. 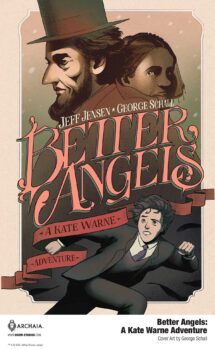 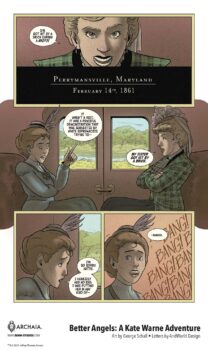 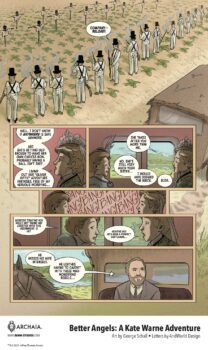 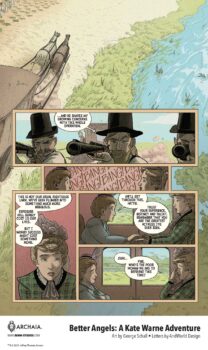 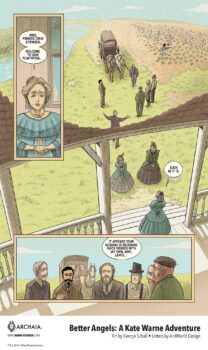 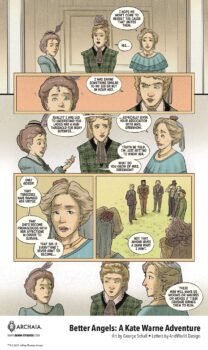 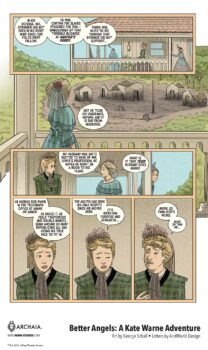 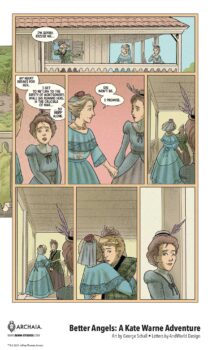 If you aren’t familiar with Kate Warne, her story is fascinating to say the least, and this comic should give you the big highlights of her life and career. If you are a patron, Stephen Schleicher wrote a piece about her years ago that is worth checking out.