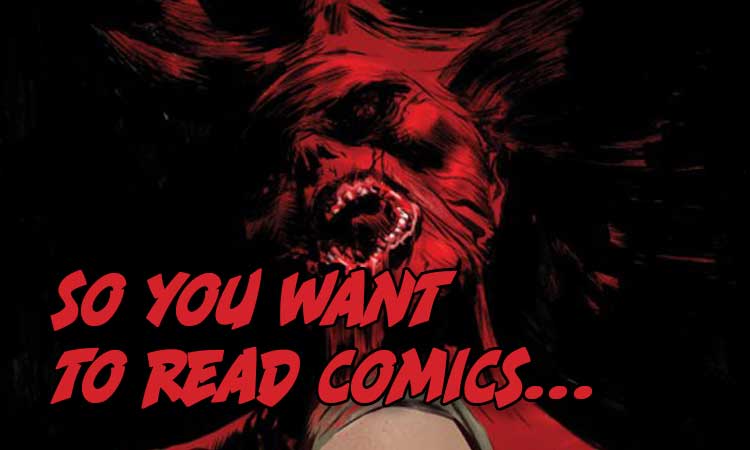 So You Want to Read Comics: Body Horror Edition

Get ready to be physically uncomfortable, it’s time for “So You Want To Read Comics”, a weekly feature where we take a look at a single topic, then provide you with a pair of comic book recommendations, perfect for new readers, based on that topic. This week we’re taking a look at the specific sub-genre known as body horror.

Body horror is an offshoot of horror that, as you might have guessed, is rooted in bodies.  Specifically though, it plays on human’s perception of what “should and shouldn’t be” when it comes to a body while often tapping into our own lingering issues with our own bodies.  Items in this genre often get these reactions via the violent disfiguration, destruction and transformation of the human body. Getting its start in literary circles, via novels like Frankenstein and Dracula. Body horror would evolve into a more distinct genre as it moved into visual mediums like film under the guiding hands of filmmakers like Romero and Cronenberg.  Just like all genres, body horror would eventually make its way into comic books as well.

Here are a pair of comics, that should appeal to a lover of body horror.

Manga isn’t featured here often and that’s simply because I’m not very familiar with it.  But, when you do a feature on body horror, it’s hard to avoid a creator who has become synonymous with the genre.  Uzumaki is the story of a couple who lives in a small town that’s under a curse involving the spiral shape.  Everything and everyone in town is somehow tied to the shape, so much so that the people themselves start to transform and look like the shape in very unsettling ways.  Like a lot of great works, there’s much more to the story of Uzumaki than just the body horror.  There’s deep psychological intrigue surrounding topics like small town living, obsession, and cultural identity, with each one of these topic being a reason for this graphic novel to be featured somewhere.  Uzumaki is the sort of story that can find ways of sticking with you and keeping you up late at night, for a lot of reasons, the twisting bodies are just the most vivid.

Some of the best horror, body or otherwise, also has an element of social commentary in it, heck, George Romero managed to take on race and consumerism both with zombies. That’s where Infidel comes in.  A story of a Pakistani woman being haunted by twisted and horrific entities that seem to embody the racist views the people around her have. One of the things about Infidel that works so well, is its lack of subtly, which isn’t normally the case.  It’s very clear what is trying to be said with this graphic novel and it’s in knowing this that makes it all the scarier.  It’s not just these people’s bodies that are being contorted and wrenched in odd ways, it’s their minds and hearts as well. The body horror in this also acts as a sort of gauge for how terrible some of the other things in this story are.  When you find yourself more bothered by the rhetoric of some characters than the ghoul with spider like arms and legs and an unhinged jaw, you realize how horrible it really is.

What do you think of these recommendations? What are some of your favorite body horror classics? Let us know in the comments section below.