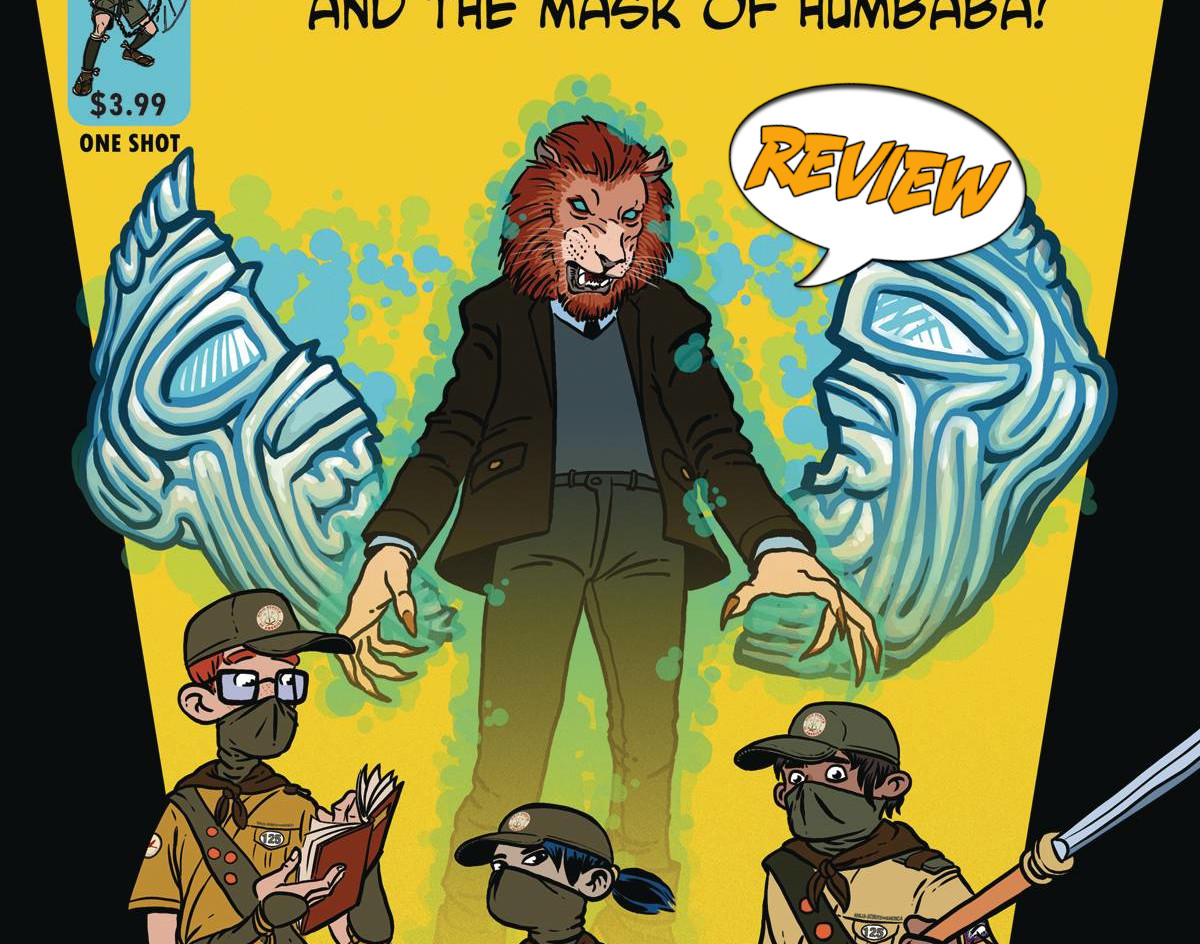 Scott, Tamara, and Carlos have taken on an unusual hobby. They have decided to be ninja scouts in an organization designed to protect people! Find out more in The Ninja Scouts #1 by Scout Comics! Previously in The Ninja Scouts: Every kid needs a hobby. For Scott, Tamara, and Carlos that hobby is to join the Ninja Scouts! It is like the boys and girls scouts but with Ninjas! Check out this cool new series by Scout Comics.

Ninja Scouts #1 begins with Scott, Tamara, and Carlos on a case to help out Pamela Smith. They heard noises from her house and figured they should investigate. Pamela’s husband, Simon Smith, was studying Sumerian artifacts. Unfortunately, one the artifacts broke and took control over Simon! Simon now has a lion head that shoots lasers out of its eyes. Scott realizes that if they play a recording backwards, they can counteract the effect of the possession. Winning the day, they return back home.

Afterwards, Scott does some investigating into the artifact when it is suddenly stolen by the Pirate Scouts! And of course, the artifact possesses one of them. The Ninja Scouts are back on the case but are unable to play a recording backwards this time. Instead, they team up to redirect the creatures laser eyes blast back onto itself. After escaping and recovering the artifact from the Pirate Scouts, they once again return home for some rest and relaxation.

I have loved the Scoot imprint stuff that Scout Comics have been coming out with. Usually, they have great complexity for the kid and adult reader. However, in The Ninja Scouts #1, I found myself a little bored with the plot line. It seems like a great kid’s story that has a simple premise but didn’t give much for an adult to connect with. And to be clear, that is a fine choice by Scout Comics and their creative team. It just meant that there isn’t a lot to dive in on or study. But there is a lot of things that could be a positive takeaway for middle school and younger readers.

The most engaging storyline is that Carlos seems hesitant to a lot of the demon fighting stuff. He joined for fun and instead he is being placed in very real danger and learning to use a dangerous weapon. I wonder if this could be a plotline in later issues because at the moment, it is the most engaging part for me as an adult reader.

There is nothing inherently wrong with The Ninja Scouts #1. In fact, it is a great choice for a younger reader. But I don’t think there is enough for an adult to pick up for themselves. Pick this up to read to your kid or to give as a gift. The Ninja Scouts #1 is a 3.5 out of 5 from me!

The Ninja Scouts #1 is a great book for a middle school or younger reader but doesn't have much to latch onto for an adult.