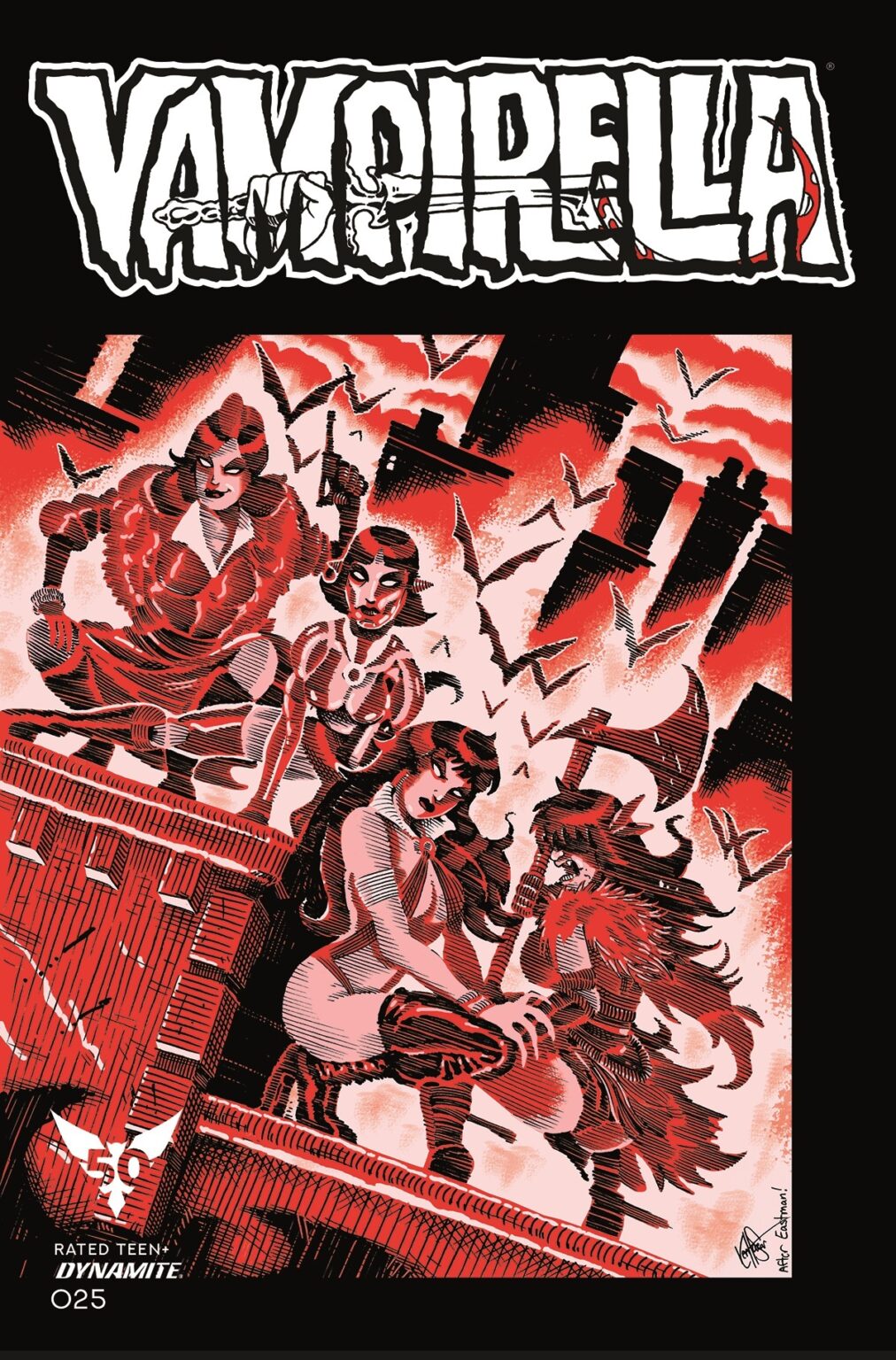 Dynamite announces a set of spectacular limited variant covers for major titles releasing in November, featuring an homage to the iconic debut of the Teenage Mutant Ninja Turtles, as depicted by fan-favorite artist Ken Haeser. All of these covers are available for retailers to order right now, and for customers to add to their pull lists.

All the staff at Dynamite are of course big fans of comics and the medium’s wonderful, colorful history, and sometimes an idea is just too fun to not indulge. The Teenage Mutant Ninja Turtles created by innovators Peter Laird and Kevin Eastman have influenced generations of fans for nearly 40 years, across so much beloved media and merchandise. The worldwide phenomenon all started with a surprise hit black and white comic book, with a print run of barely 3,000 copies. The creative power of that comic book evolved into the juggernaut the franchise is today, as well as the other ventures of its creators.

As a tribute to that legacy, Dynamite has worked with talented artist Ken Haeser (The Living Corpse) to capture some of the company’s most iconic characters recreating the timeless pose from the original book’s first issue. Haeser’s diverse talents have even captured the distinctive style of Eastman, as well as the unique approach to color.

The covers for Jennifer Blood, Nyx, and Vampirella are on FOC this coming weekend for October 18. Fans and collectors can contact their retailers now to reserve copies of these exciting titles.