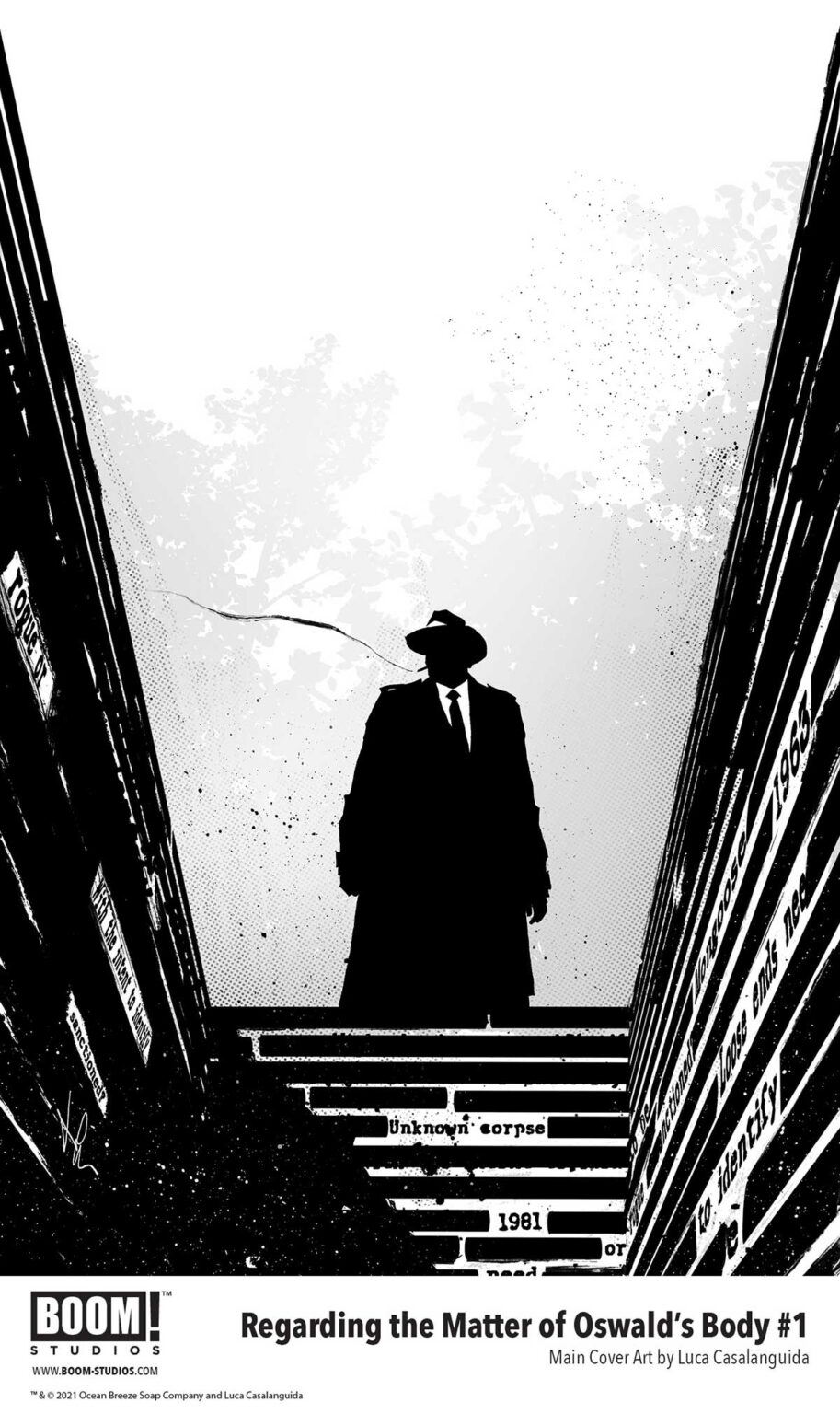 FIRST LOOK: Regarding the Matter of Oswald’s Body #1

BOOM! Studios sent us this first look at Regarding the Matter of Oswald’s Body #1 from Christopher Cantwell, Luca Casalanguida, and Giada Marchisio that arrives in November 2021.

Meet the ragtag group of “useful idiots” – a wannabe cowboy from Wisconsin, a Buddy Holly-idolizing (former) car thief, a world-weary Civil Rights activist ready for revolution, and a failed G-Man who still acts the part – who are unwittingly brought together to clean up the crime of the century, and specifically deal with the matter of Oswald’s body.

Regarding the Matter of Oswald’s Body #1 is scheduled to arrive on November 10, 2021.