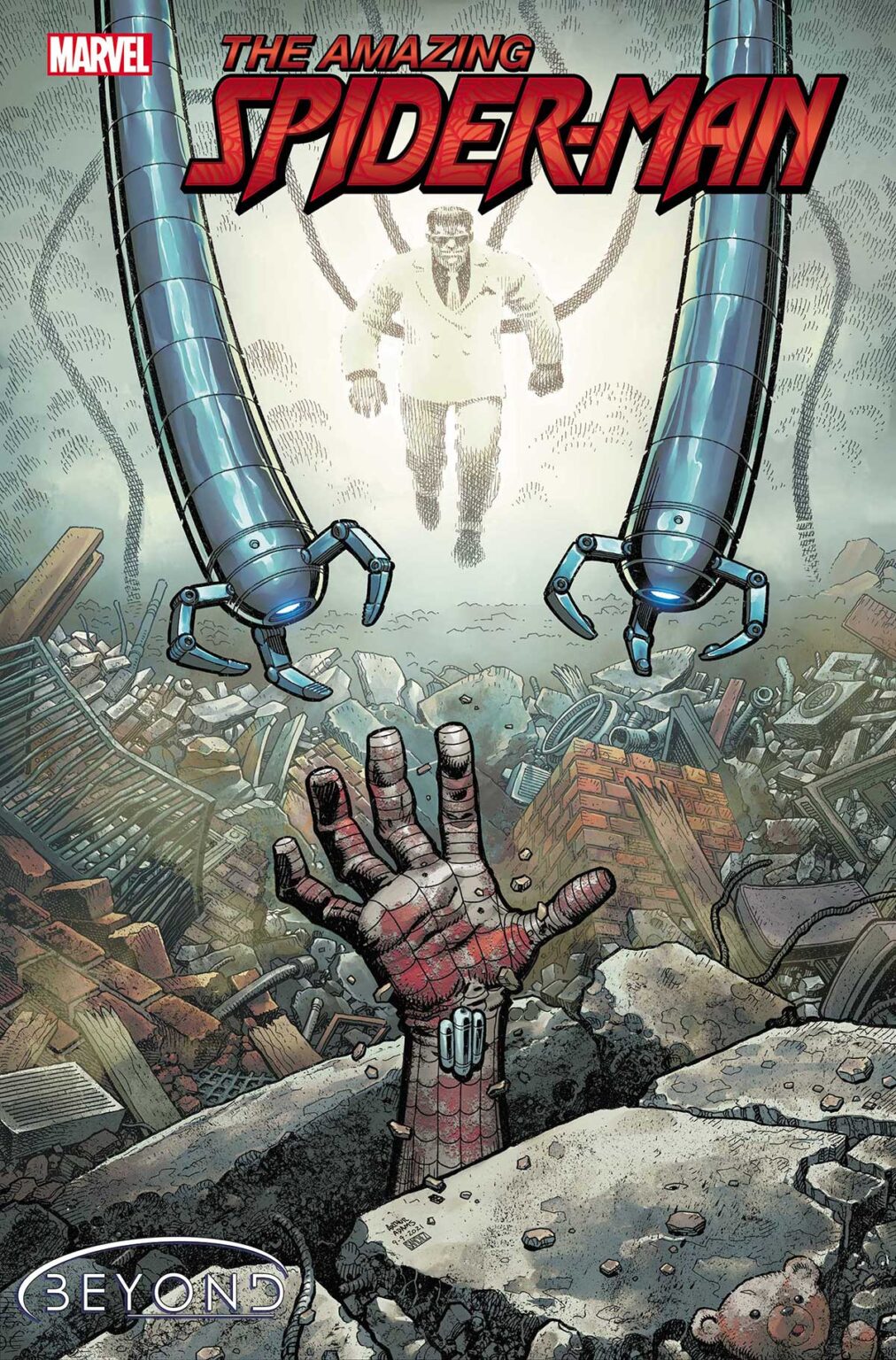 Is this the end of Spider-Man!?

Taking a look at the cover for the Amazing Spider-Man #85, it certainly looks like Doc Ock has killed Spider-Man… again. Will it stick? Will this be the end of our favorite wall-crawler?

It is all part of the Ben Reilly Spider-man saga that is running through the Spider-books for the next 19 issues, and will feature the work of Patrick Gleason, Saladin Ahmed, Zeb Wells, Kelly Thompson, and Cody Ziglar.

Peter Parker may be out of commission but luckily, Ben Reilly is more than capable of taking his place. Equipped with gadgets and tech from the Beyond Corporation, Reilly has everything it takes to be the superior Spider-Man but he’ll finally meet his match in a devastating battle against one of the Spider-Man’s most feared enemies—Doctor Octopus!

It begins in AMAZING SPIDER-MAN #85 by writer Cody Ziglar and artist Paco Medina. It’s going to take everything Ben Reilly and the company that backs him has to stop Otto Octavius. But, in the Merry Marvel fashion and as with all respectable Spider-Stories, even if Spider-Man wins, he is going to lose. And he is going to lose BIG. AMAZING SPIDER-MAN #86 by writer Zeb Wells and artist Michael Dowling will deal with the aftermath of the fight and will be a comic that fans will remember for years to come. Ben Reilly has been shaken to the core, and you will be too. And find out if Peter Parker can step up and be Spider-Man again in AMAZING SPIDER-MAN #87 by writer Jed MacKay and artist Carlos Gómez. With NYC reeling from Doc Ock’s attack and Ben Reilly possibly down, it’s up to Captain America and Black Cat to see if Peter Parker is ready for action again. You may think you know where this story is going, but you do not.

Here is a rundown of the titles coming out in January 2022.