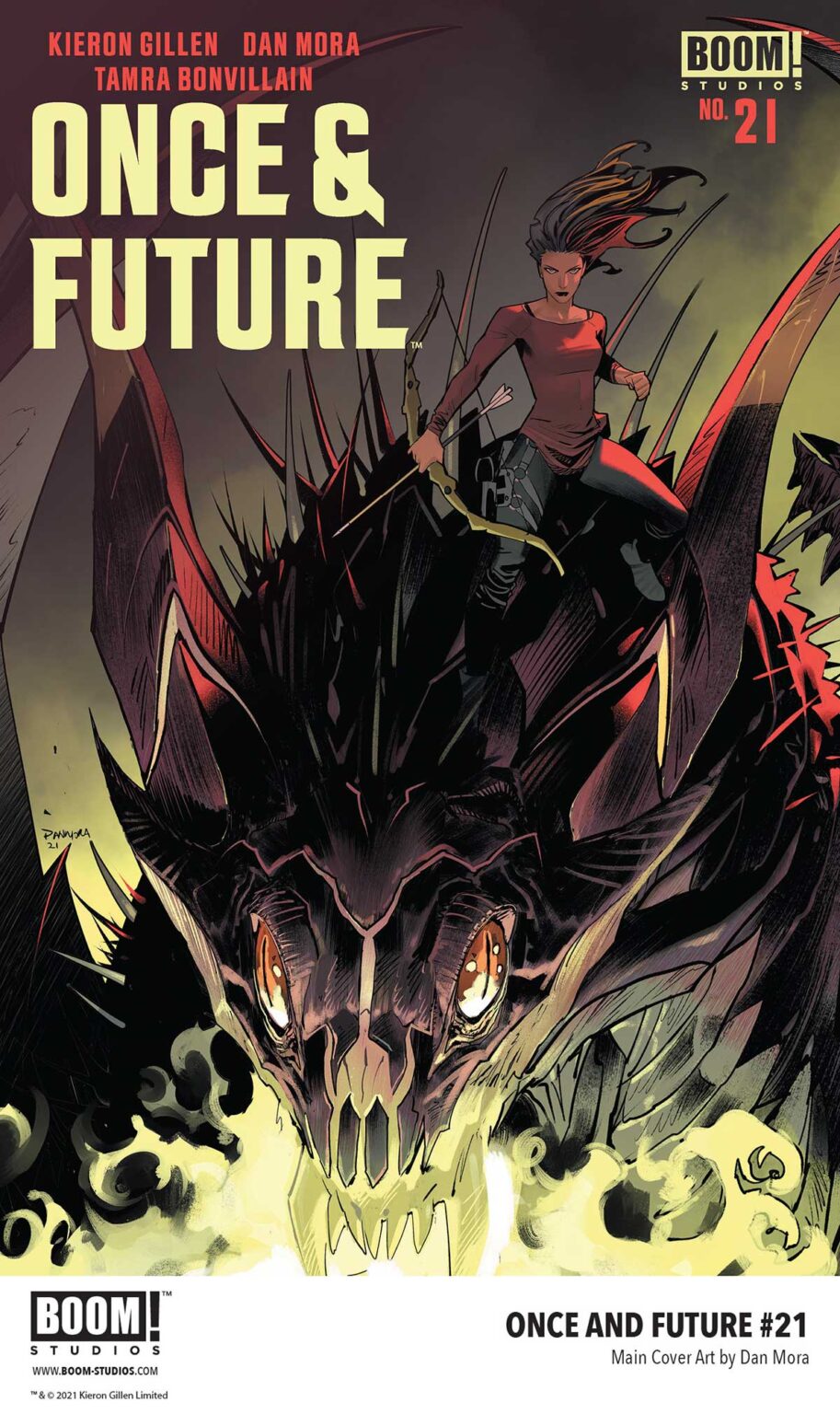 FIRST LOOK: Once and Future #21

Here is your first look at Once and Future #21 from BOOM! Studios ahead of its release later this month.

What ancient and mythical danger awaits Bridgette, Duncan, and Rose as they seek Rose’s parents in the city of Bath? To complicate matters, an Arthurian knight pursues them with an offer for Rose and Duncan – join the Round Table or face death. If they survive the encounter, they’ll be pulled into the next phase of Bridgette’s plan… finding the lair of the greatest hunter the world has ever seen.