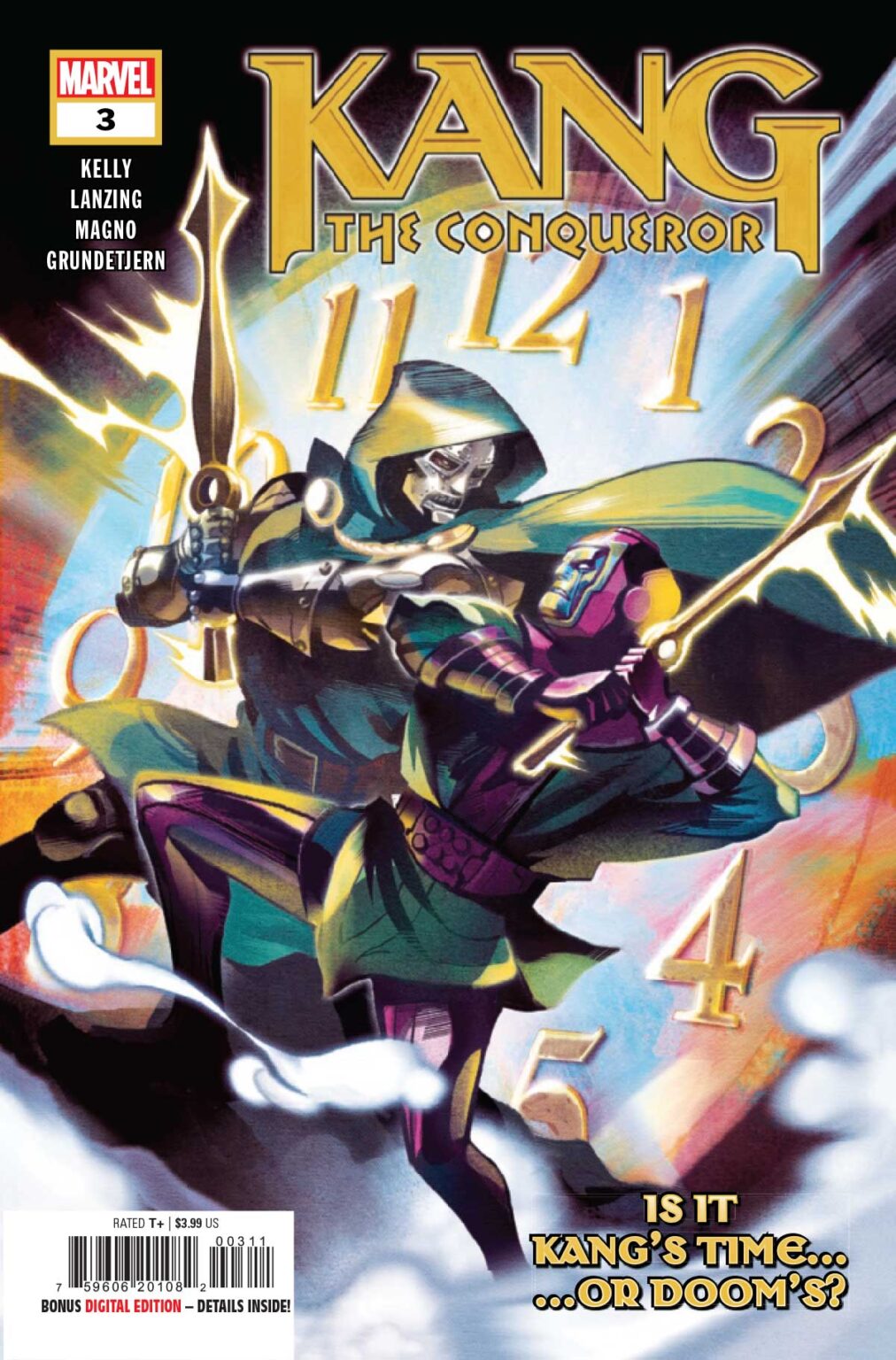 KANG THE CONQUEROR #3 (OF 5)
COLLIN KELLY & JACKSON LANZING (W) • CARLOS MAGNO (A)
Cover by MIKE DEL MUNDO
VARIANT COVER BY RON LIM
• Young Kang stalks his future self to the site of his first major battle with the Avengers, hoping to change the course of his destiny once and for all. But the fate of the villainous Doctor Doom has long been entwined with Kang’s—and no one interferes with Victor Von Doom’s timeline but Victor Von Doom.
• It’s Kang vs. Kang vs. Doom—with the future of the universe on the line!
32 PGS./Rated T+ …$3.99