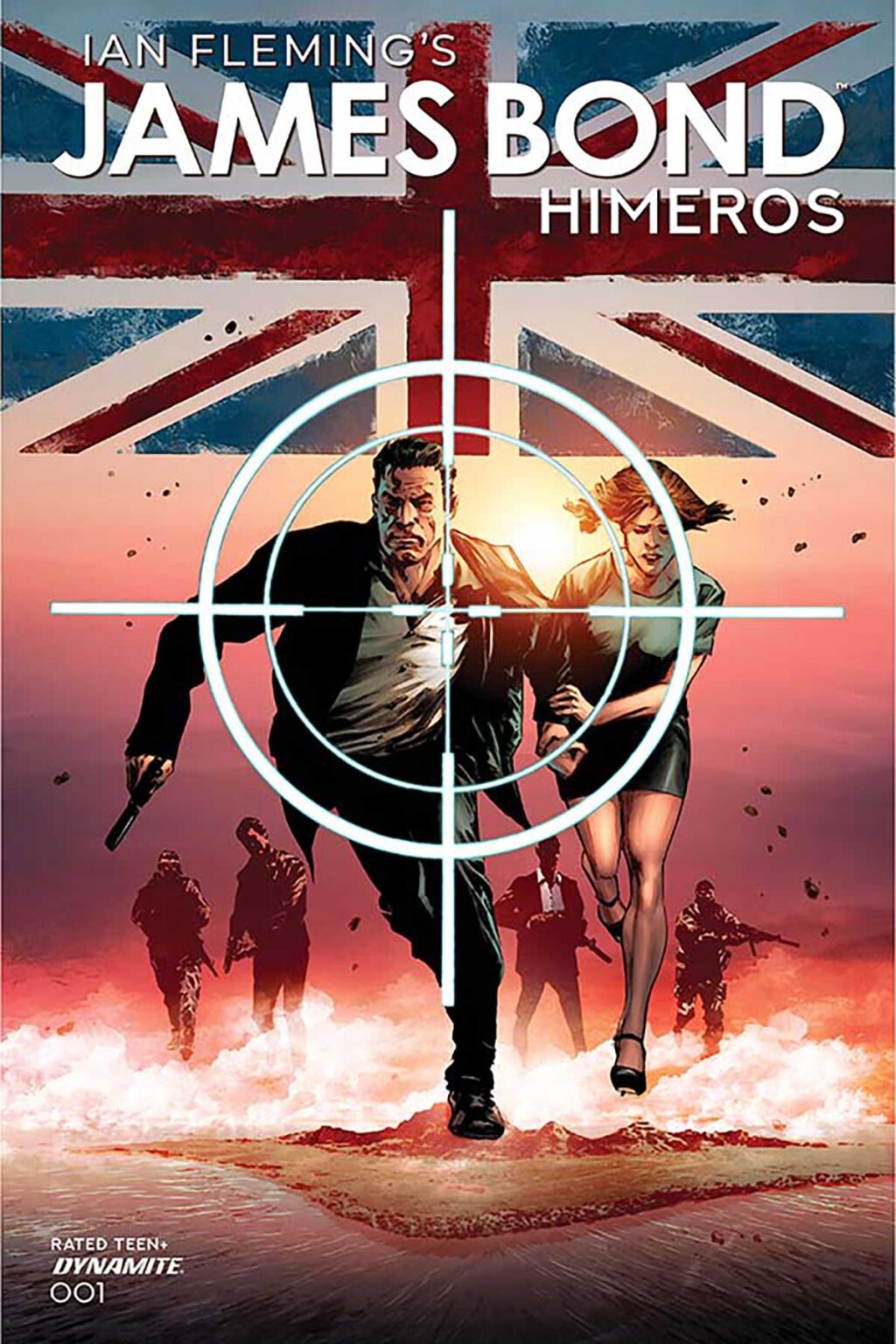 James Bond: Himeros #1
writer: Rodney Barnes
artist: Antonio Fuso
covers: Francesco Francavilla (A), Jackson Guice (B), Blank Authentix (C), Francesco Francavilla (D-RI/BW)
FC | 32 pages | Spy/Fiction, Action/Adventure | $3.99 | Teen+
Himeros is the Greek God of sexual desire and one of the Erotes, the winged gods of love. When Aphrodite was born from the sea-foams she was greeted by the twin loves Eros and Himeros.
But when sexual desire goes too far, it takes the legendary super-spy James Bond to bring justice to the most vulnerable among us as he investigates the suspicious death of an accused sex trafficker – one whose ties run deep… and deadly.
Writer Rodney Barnes make his Dynamite 007 debut in this special series, featuring art by returning Bond superstar artist Antonio Fuso and two amazing covers: Francesco Francavilla and Jackson “Butch” Guice!
• Created by the British journalist and novelist Ian Fleming in 1952.
• The character appeared in a series of twelve novels and two short story collections written by Fleming and a number of continuation novels and spin-off works after Fleming’s death in 1964.
• There have been twenty-seven films in total, produced between 1962 and 2021.
Rodney Barnes is an American screenwriter and producer. Barnes has written and produced The Boondocks, My Wife and Kids, Everybody Hates Chris, Those Who Can’t, Marvel’s Runaways, American Gods, Wu-Tang: An American Saga, and is currently an executive producer/writer on HBO’s Untitled Los Angeles Lakers drama.