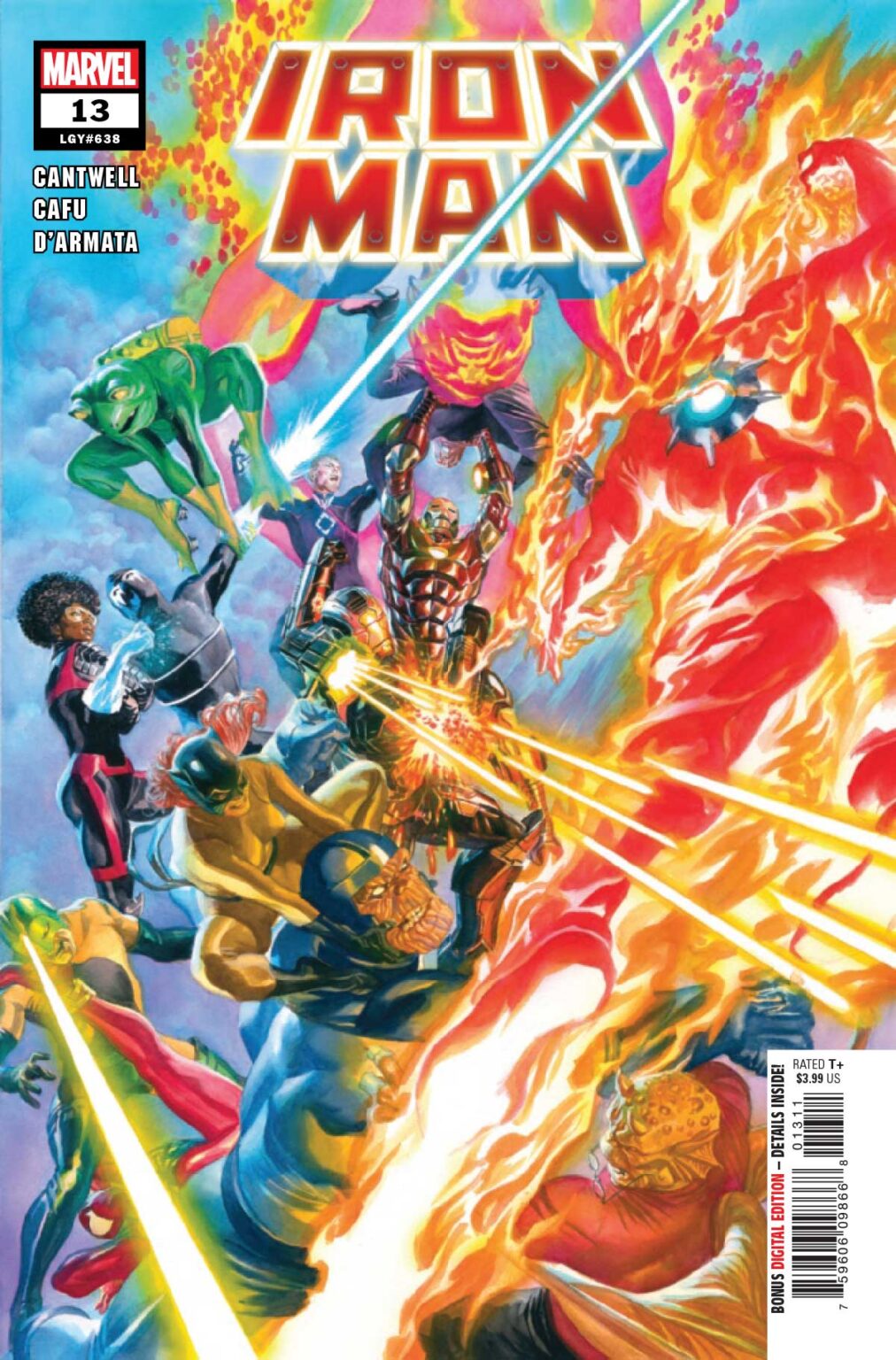 IRON MAN #13
CHRISTOPHER CANTWELL (W) • Cafu (A) • Cover by ALEX ROSS
MARVEL MASTERPIECES VARIANT COVER BY JOE JUSKO
The epic showdown between Iron Man and his allies and Korvac and his cohort continues aboard Galactus’ worldship! Reinforcements have finally arrived, and Tony Stark now stands a better chance of stopping Korvac from accessing the Power Cosmic and becoming a power-crazed god all over again! Can Tony—and War Machine, Hellcat, Scarlet Spider, Frog-Man, Gargoyle, Misty Knight and Halcyon—end this fight once and for all? Or are things about to get a whole lot worse? And if they do, will Tony be forced to make a choice that alters the course of his very human existence forever?
32 PGS./Rated T+ …$3.99