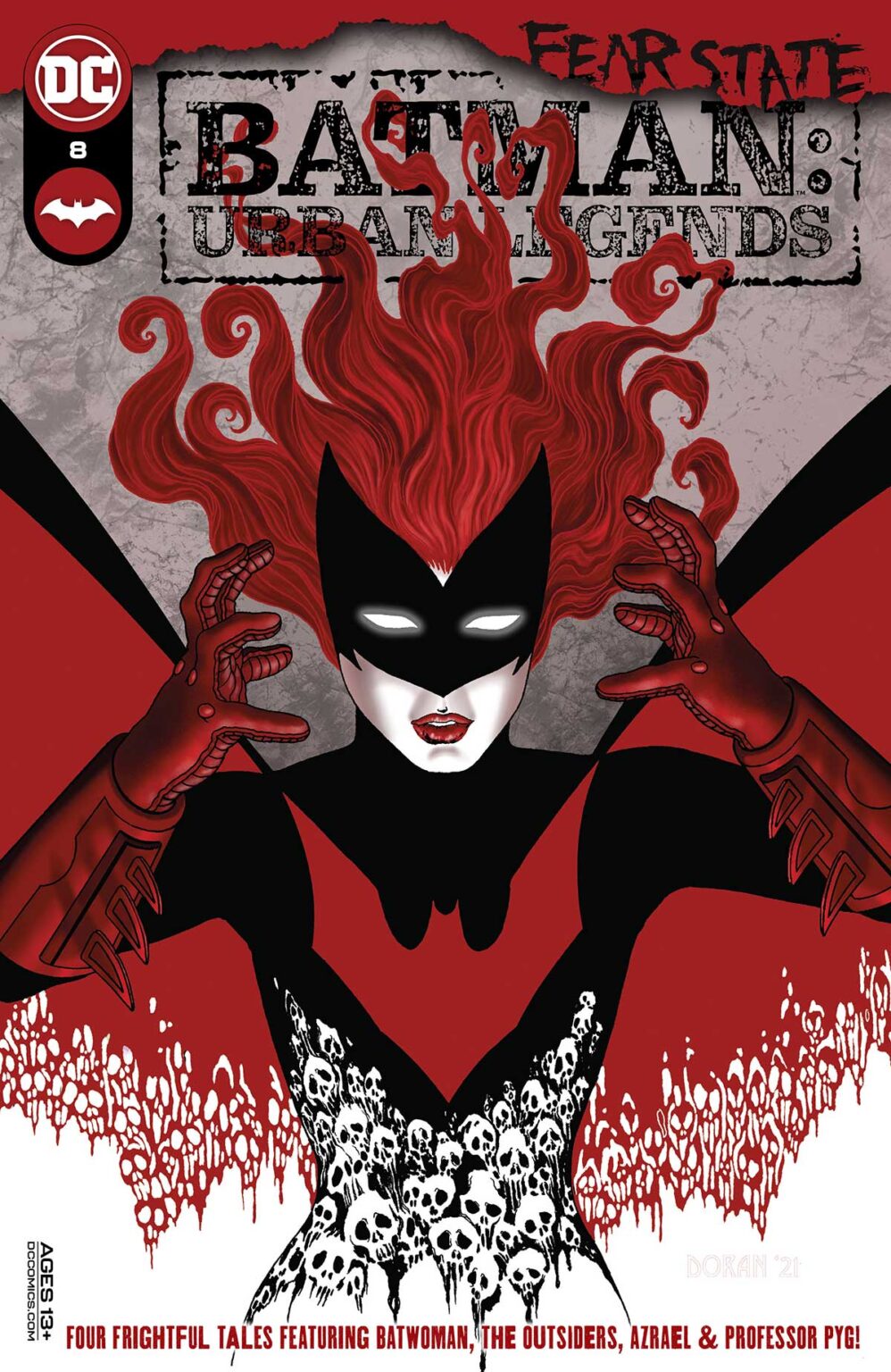 -Batwoman: FEAR STATE TIE-IN! Someone has hacked into the Oracle Network and has started spreading information around Gotham—Batman is dead, Cassandra Cain Batgirl is a killer, Fear Toxin is in the air. Which is true and which is false? Batwoman will find out with the help of Commissioner Renee Montoya and…Kate’s sister Beth, AKA Red Alice?!
-Outsiders: FEAR STATE TIE-IN! Scarecrow has stirred Gotham City into a panic, and it’s awakened one of his first students he experimented on, a man turned into a monster known as THE FEARFUL! The Outsiders will have to reunite with the Signal in order to stop the Fearful and keep the city at peace. But a message from the world of FUTURE STATE reaches the Signal and changes everything.
-Azrael: Azrael, the last acolyte of the Order of St. Dumas, has returned to the streets of Gotham City after serving with the Justice League in the stars. He’s convinced he’s strayed too far from his purpose, too far from his teachings, and needs to reassert himself. But he’ll be met with a city that’s changed forever, a city that will shake his faith.
-Professor Pyg: Just in time for Halloween, a tale of Super Hero horror from fan-favorite creator Christian Ward, writing and drawing a story of Batman hunting down Professor Pyg in order to find the victim of a kidnapping. Batman will dig back into his memories of youth to track down Pyg and save a child’s life.