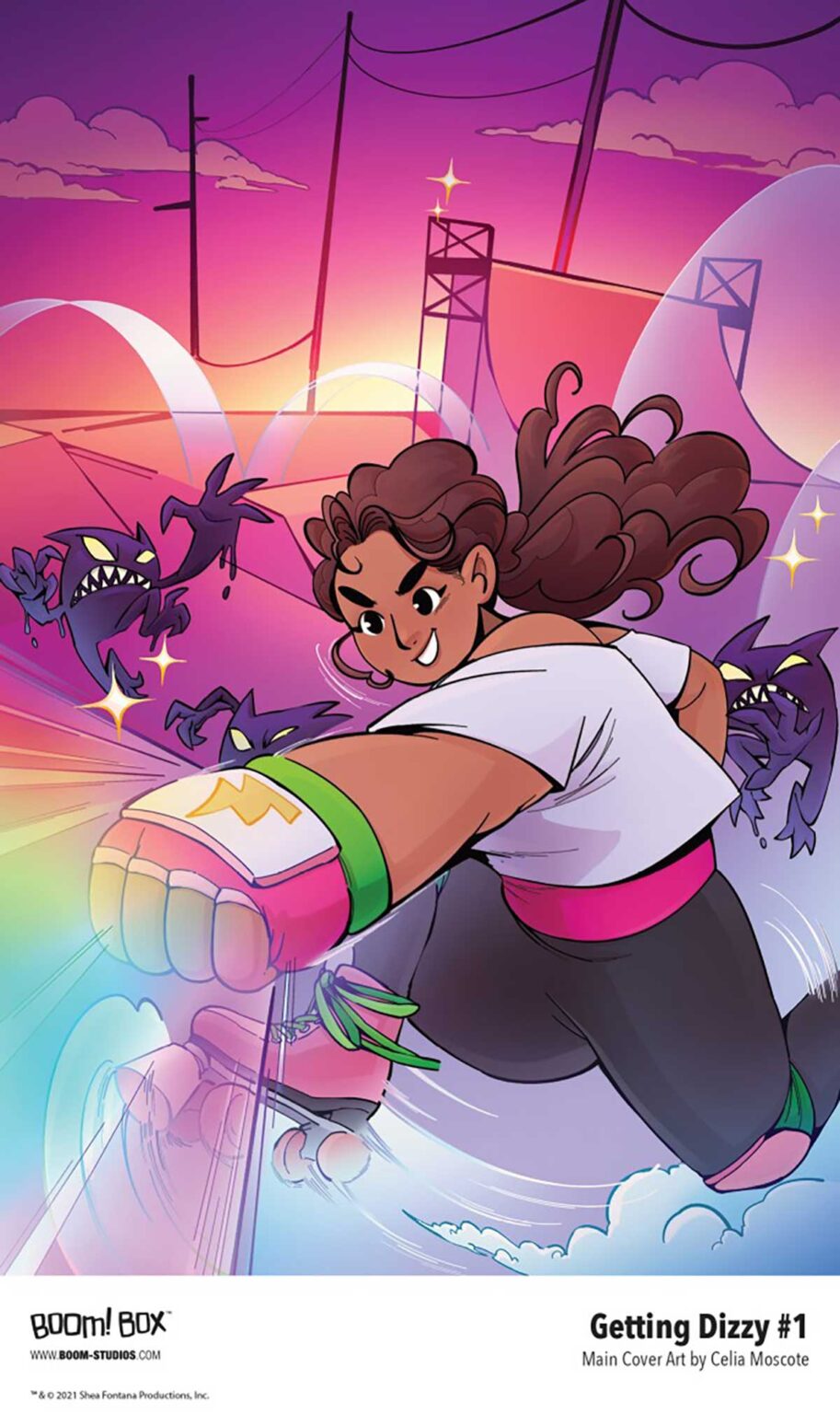 BOOM! Studios has released an early look at Getting Dizzy #1 by writer Shea Fontana and artist Celia Moscote.

Dizzy wants to be the best! But with everything she’s tried, including roller skating, this teen can only achieve one thing – disaster. Just when Dizzy is ready to pack it in, everything changes when the Negatrixes attack, forcing her to take up the super-powered mantle of ‘Burb Defender! But if she wants to save the world, she’s going to have to assemble the coolest skating crew the ‘Burbs have ever seen!