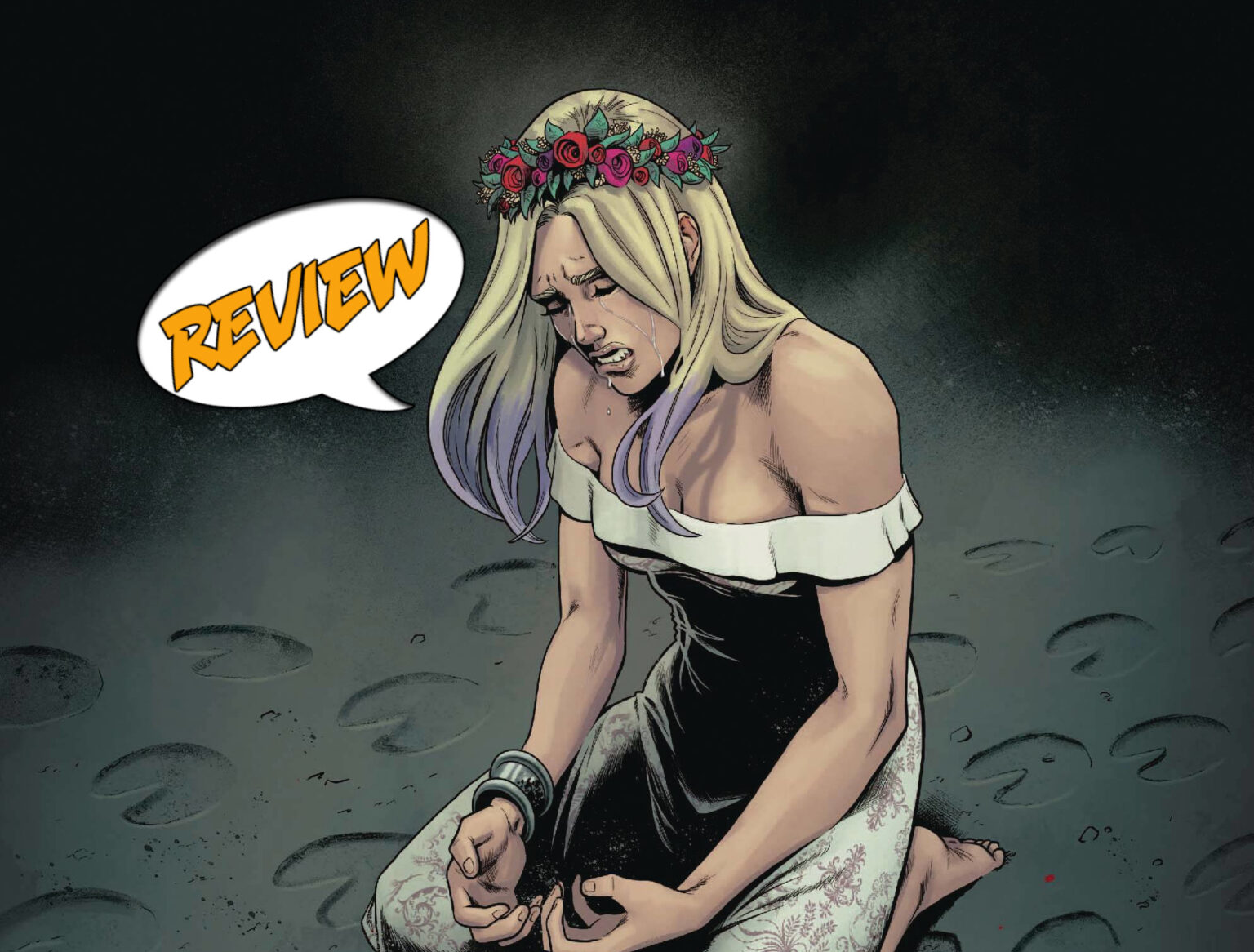 By the Horns #6 Review

Elodie’s backstory revealed! Come check out By the Horns #6 by Scout Comics as we finally get a look at the reasoning behind Elodie’s actions. Previously in By the Horns: Elodie swore revenge on unicorns because they took away her husband Shintaro. But what started this quest of vengeance?

By the Horns #6 tells us a minimalistic story with almost no dialogue. It starts with Shintaro, a hunter, tracking a creature. After getting a kill, he ends up abandoning his prey when he finds a young Sajen. He rushes back to the village to get him medical care and raises him back to health. From there, Sajen accompanies Shintaro everywhere. Shintaro eventually meets Elodie, and they fall in love. They get married and have four happy years together, but Shintaro went out for a hunt one day. During that hunt, he found himself in the middle of a unicorn stampede. Elodie then gears up and heads out into the world to get her revenge.

It is a little difficult to put words to a near wordless comic book. I don’t was to misrepresent what I am seeing on the page and my interpretation of the artform. By the Horns #6 gives us a vivid montage of who Shintaro is and his relationship with Elodie and we quickly fall in love with Shintaro’s character. Through his actions with Sajen, we learn how big a heart he has. Then he dies tragically, we begin to understand why Elodie has the emotions she does. This is a common trope that is executed well in this comic.

I do need to preface and say that I usually hate flashback issues. I would rather learn these things in the present day and the main character reflecting on it. This issue approached it differently and made a creative choice to only have one line of dialogue. Wordless comics aren’t unheard of, but I love when a creative team pushes the boundaries of the artform. This was a safe and calculated risk that I think they pulled it off quite well. Despite wanting the plot to move forward, I think this was masterfully done.

BOTTOM LINE: HAPPY THAT THIS SERIES IS ONGOING

By the Horns #6 is an excellent new comic book coming out from an indie publisher and I implore people to give it a shot. I think you will be pleasantly surprised at the intelligent decisions that are being presented by Markisan Naso and Jason Muhr. 4.5 out of 5 from me.

By the Horns #6 executes a wordless comic with great skill and finesse.