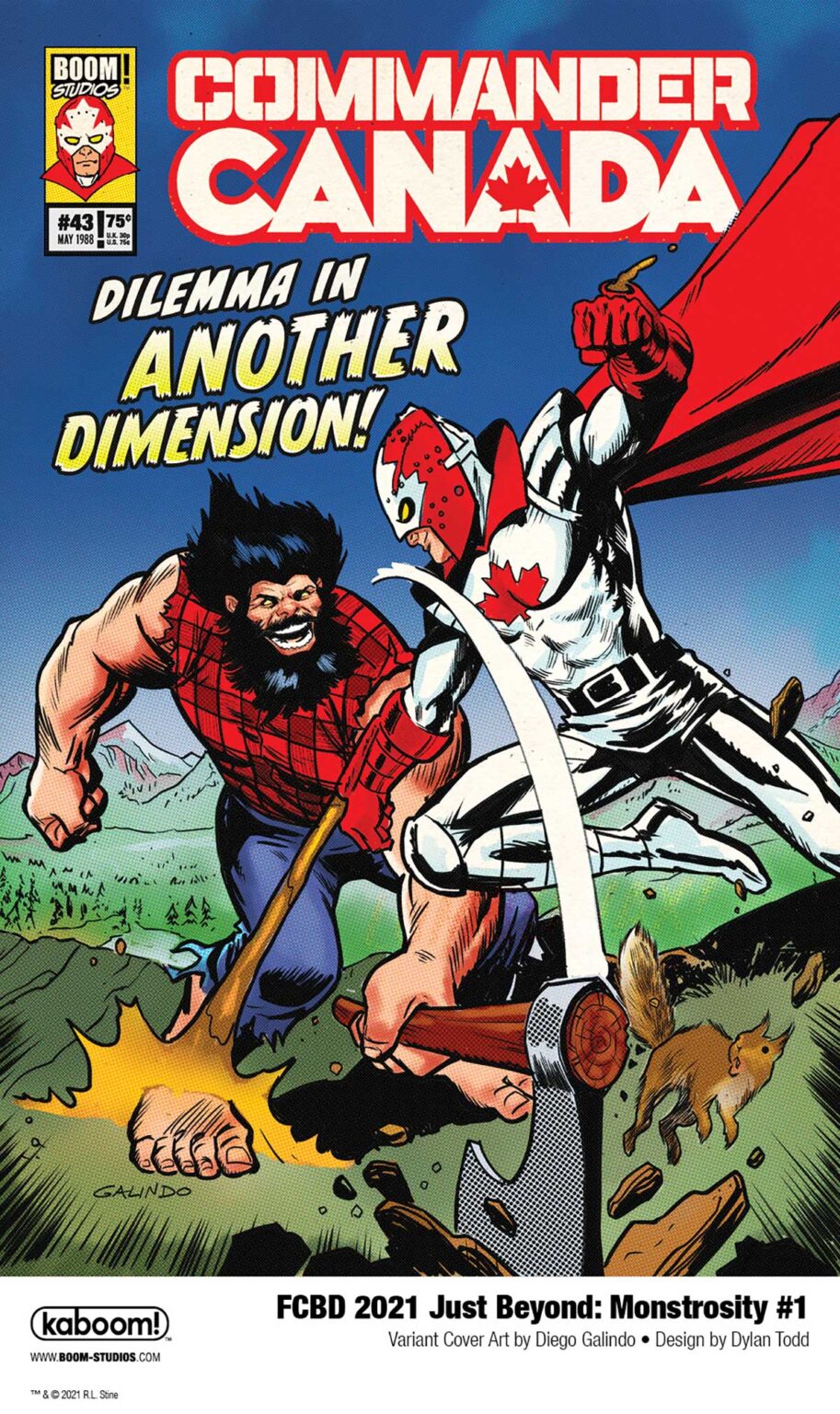 Just Beyond Free Comic Book Day 2021 Thank You Variant, featuring a special Commander Canada variant cover illustrated by Galindo and designed by Dylan Todd as it appears in the Just Beyond Disney+ original series, available in participating comic shops on October 6, 2021.

THERE’S NO BUSINESS LIKE HORROR BUSINESS! Ruthie and Ezra Dillon’s dad and uncle just bought an old Hollywood movie studio. And while the family has plans for reviving it to make scary movies for a modern audience, the monsters hiding in the backlot have other ideas. Ruthie and Ezra are eager to star in their family’s films, but they’ll soon find themselves in a real horror show with Wolfenscreem, the Lagoonatics, and the Wasp-Keeper…who are all ready for their revival with a vengeance! Just Beyond: Monstrosity arrives on October 20, 2021. If you would like to get your hands on this variant cover, you’d better get your pitch down, and be ready to stand in line as this super limited variant cover is going to fetch a pretty penny at your LCS.