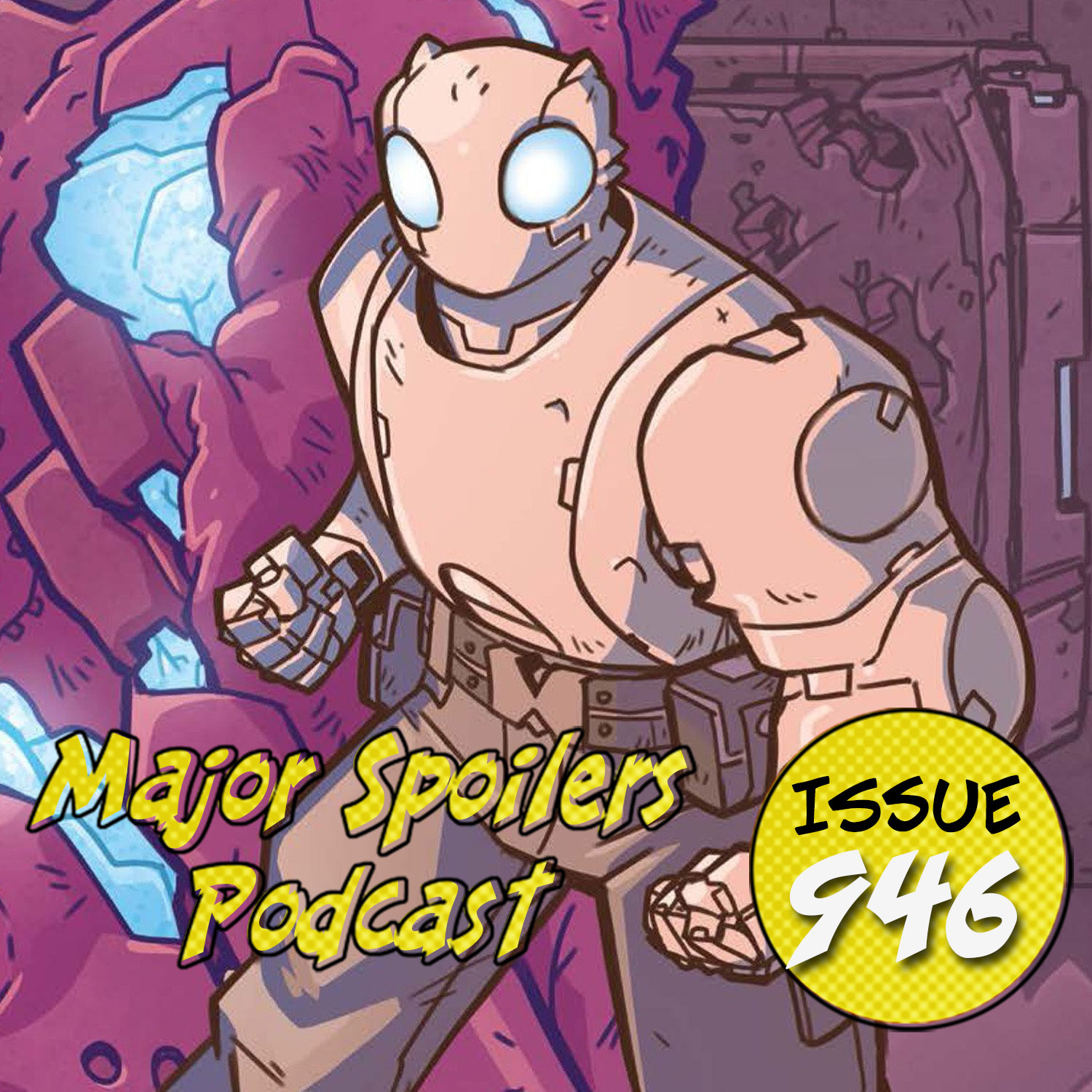 Major Spoilers Podcast #946: Atomic Robo and the Spectre of Tomorrow

This week, we revisit an old friend, as we check out Atomic Robo and the Spectre of Tomorrow (weirdly this isn’t related to James Bond). We also talk lawsuits, Star Wars The High Republic Adventures, Icon and Rocket #3, A Righteous Taste for Vengeance, and Nuclear Power! Wow… that’s a lot!

Scarlett Johansson and Disney have reached a settlement over her blockbuster lawsuit that accused the studio of sabotaging the theatrical release of ” Black Widow ” to prop up Disney Plus. Terms of the settlement were not disclosed. Johansson had sought a $50 million payout from the studio.

Roll20 brings pen-and-paper gameplay to your browser with features that save time and enhance your favorite parts of tabletop games.

STEPHEN
STAR WARS HIGH REPUBLIC ADVENTURES #9
Writer: Daniel Jose Older
Artist: Toni Bruno
Publisher: IDW Publishing
Cover Price: $3.99
Release Date: October 6, 2021
The Padawan are off on another mission! This time to Takodana, to assist the lone Jedi defending the local Jedi temple against the ever-growing threat of the Nihils. But Qort has trouble focusing when he comes face to face with his own past amidst new dangers and old allies.

Everyone on Earth-and beyond-wants them dead! Icon thought he was the only extraterrestrial left on Earth…but unfortunately for him, and for Rocket, he was very, very wrong! A terrifying enemy he believed long dead is hot on their trail…and to make matters worse, his foe now works for the CIA!

RODRIGO
A RIGHTEOUS TASTE FOR VENGEANCE
Writer: Rick Remender
Artist: Andre Araujo
Publisher: Image Comics
Cover Price: $3.99
Release Date: October 6, 2021
When an unassuming man stumbles upon a dark-web contract assassin’s vicious plot to kill an innocent target, he turns himself into one. The Professional meets Road to Perdition in this story of a family’s unlikely guardian being hunted by rich and powerful men who are used to getting away with everything.

ASHLEY
NUCLEAR POWER TPB
Writer: Desirée Proctor & Erica Harrell
Artist: Lynne Yoshii
Publisher: Fanbase Press
Cover Price: $19.99
Release Date: Tues, Oct 19, 2021
October of 1962. The Cold War between the US and the Soviet Union is at its peak when the unthinkable happens: nuclear war. Sixty years later, the remaining 13 states rose from the ashes to form the American Union, governed by the authoritarian Joint Chiefs of Staff and protected by a border wall to keep out nuclear radiation . . . and the individuals who were enhanced by it. Nuclear Power is a darkly poignant alternate history of the Cuban Missile Crisis that posits the lengths to which a government will go to protect (or deceive) its citizens. When the Joint Chiefs’ dark secrets are revealed, will survivors on both sides of the wall join forces to fight for their right to life, liberty, and the pursuit of happiness, or will their differences forever divide them?

Atomic Robo and the Spectre of Tomorrow
Writer: Brian Clevinger
Artist: Scott Wegener
Publisher: IDW Publishing
Release Date: July 19, 2018
Remember the old days when all you had to worry about were mad scientist-dinosaurs or giant sea mutants with lasers? But not in 2017! Atomic Robo delves into the chaos that is modern America, where everything is horrible all of the time!

But that’s why Robo is setting up the new Tesladyne Institute in the badlands of New Mexico’s Jornada del Muerto desert, with Sir Richard Branson’s Spaceport on one side and Elon Musk’s Solar Farm on the other. With neighbors like these, who needs to uncover an insidious plot that threatens the lives of everyone in the world?