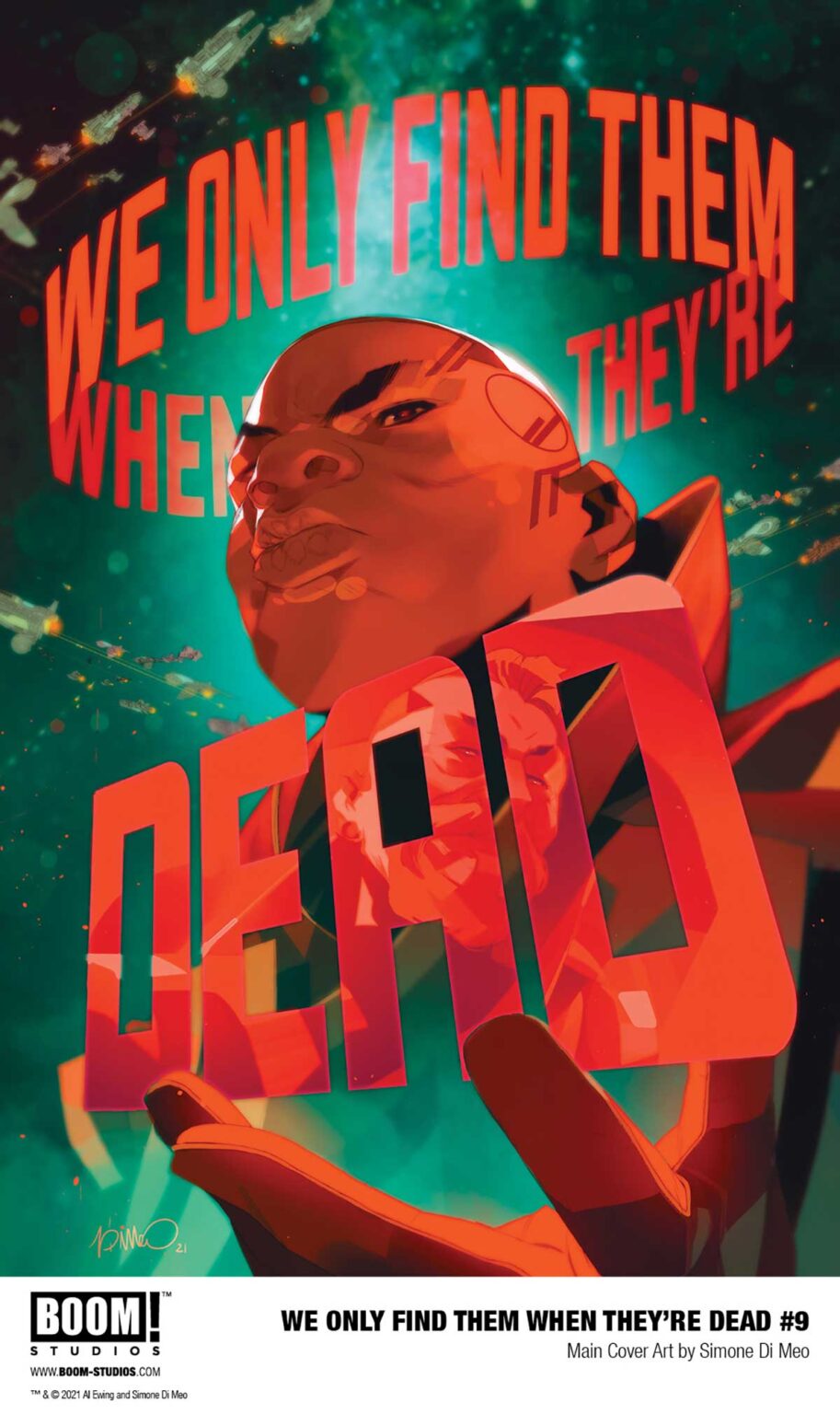 FIRST LOOK: We Only Find Them When They’re Dead #9

BOOM! Studios released an early look at We Only Find Them When They’re Dead #9 from Al Ewing and Simone Di Meo.

How far are the Worshippers willing to go for the cause? Bristow has always done whatever is needed to rise through the ranks of the security services, but now he’ll make his move and reveal his true ambition. And Bristow’s secret meeting with a shadowy devotee may alter Jason and Chen’s fates forever…