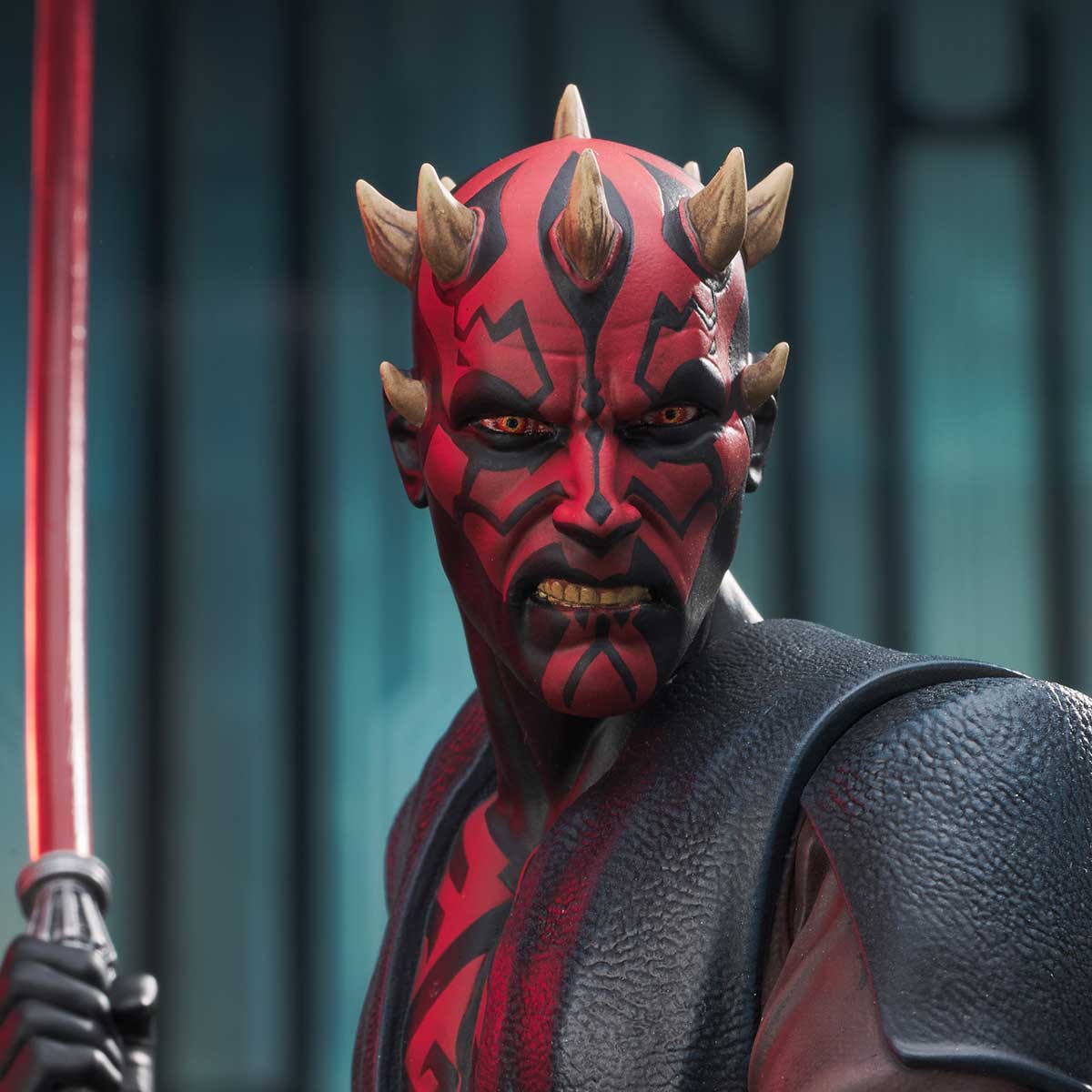 Fans of the big showdown between Darth Maul and Ahsoka Tano are in for a treat as Gentle Giant Ltd. has revealed a new Darth Maul statue based on his Season 7 appearance.

This month, we’re introducing the first of the two companion collectible characters for pre-order, Darth Maul. The 1:6 scale, approximately 12-inch Milestones Statue showcases the Sith Lord™ during his final battle, with his signature double-bladed lightsaber™ at the ready. The current ruler of Mandalore™ strikes a terrifying pose atop a flame-scarred base. Limited to only 1,000 pieces, which will be available ONLY on gentlegiantltd.com, he comes packaged with a numbered certificate of authenticity.

Star Wars: The Clone Wars™ Darth Maul™ Milestones Statue will be available to pre-order starting Friday, October 1st to 2021 Premier Guild Members in a tiered roll-out before being opened to the public.