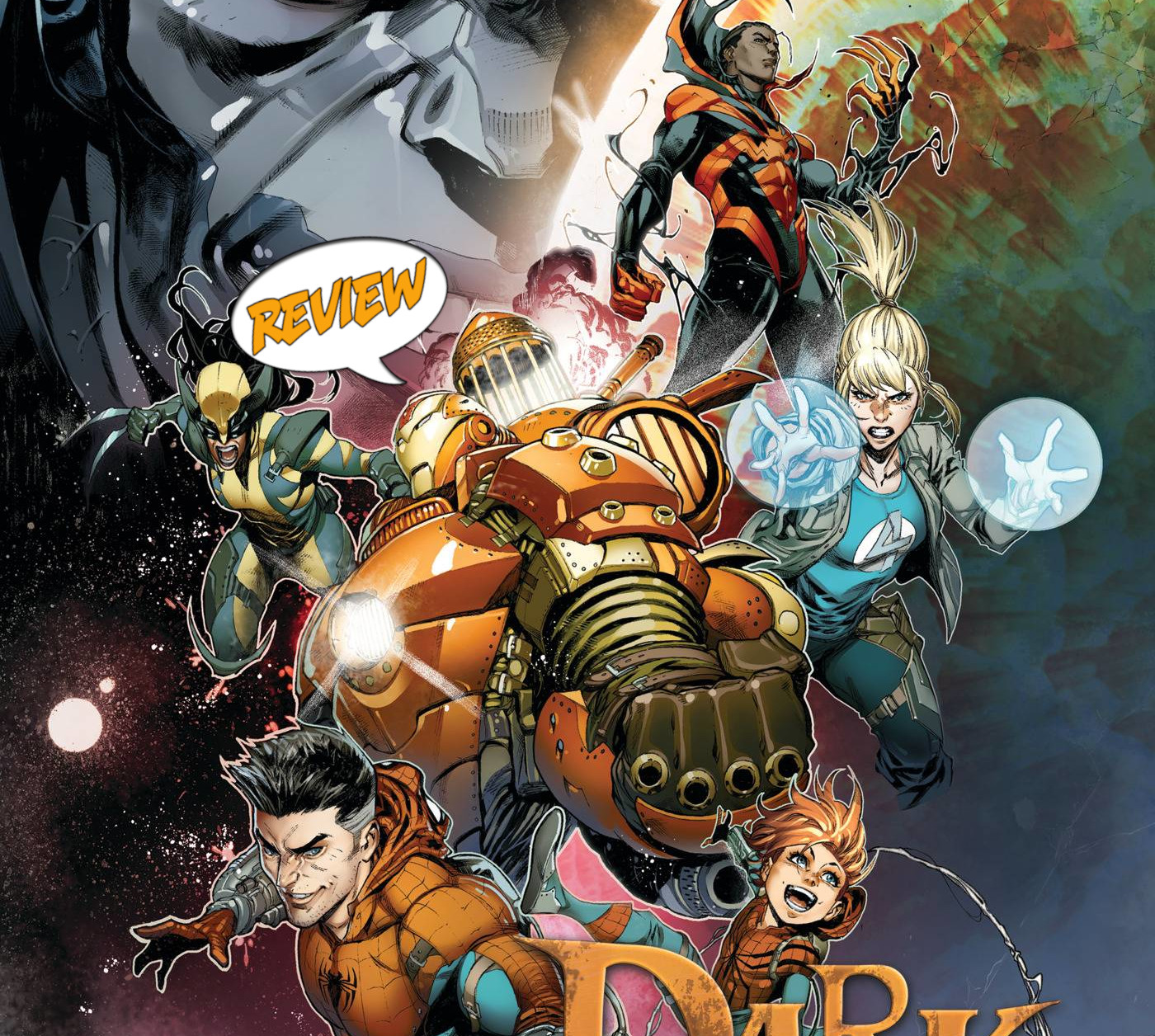 Technology has been turned off for the entire planet and Heroes and Villains must work together to create something better. Come check out the future in Dark Ages #2 by Marvel Comics!

Previously in Dark Ages: A being of power called the Unmaker was once sealed inside earth. When he woke up, he threatened to destroy the entire planet from within. Earth’s heroes sent a strike force to fight him. Dr. Strange opened a portal that released an E.M.P. wave that was able to halt the Unmaker but was killed before he could close the portal. This E.M.P. created an apocalyptic event that wiped out all electricity.

Dark Ages #2 explains what happens after the defeat of the Unmaker. First, society began to fight each other, and the world became a warzone. Then people began to realize there is an alternative. People began to call for peace and created a new world order. With the use of telepaths, the small pockets of civilization began to communicate with each other, and the capital of the world became Wakanda. In Wakanda, the earth’s smartest minds worked together to create new innovations that allowed everyone to thrive. But there was a downside. Werewolves and Vampires began to run rampant, and our heroes had to create groups to defend the borders.

Tony Stark took it upon himself to study traditional alchemy when Captain America arrives to tell him about a war in Europe. Steve leads Tony into a trap and finds himself face to face with Apocalypse and Dracula. Captain America reveals himself to be the shapeshifting Mystique and takes Tony to Europe to see Apocalypse’s new empire. Apocalypse is able to generate electricity by forcing Magneto to create a magnet field that protects from the EMP. Additionally, he has Killgrave services and Killgrave uses his powers to take over Tony’s mind. Apocalypse then moves to his true plan, to awaken the Unmaker!

THE AGE OF APOCALPYSE

There is a lot to unpack in Dark Ages #2. Firstly, the new world order is fascinating. In a way, they created small pockets of utopia despite an apocalyptic event. They stopped conflict in many places and allowed heroes and villains to work together for the greater good. That is a great foundation for so many good stories and I want to explore them more. Secondly, there is the main plotline of Apocalypse and his attempt at power. Ironically, I found this main plot less interesting then the worldbuilding that has been set up. The Unmaker as a villain is not very interesting to me. I liked it better when he was just a tool for the inciting incident for the story.

I think the trouble for me is going to be the length. This is a six-issue miniseries in a world that could have hundreds of comics in it. It makes sense that the writers would push for the obvious storyline. Unfortunately for me, the obvious storyline isn’t the most interesting one. I love the ideas here, and I think that we are going to get a great series. But I hope the creative team continues to shine a light on the secondary plotlines that are going to arrive.

Dark Ages #2 is a great continuation to the first issue with so much story potential. I want to see the new power dynamics and hierarchy in this world. Maybe there are new interpersonal relationships that would be amazing to explore. Dark Ages #2 has solid art and great writing and is 4.5 out of 5 from me. Looking forward to the next issue!

Dark Ages #2 sets up a great new world that is a joy to explore.