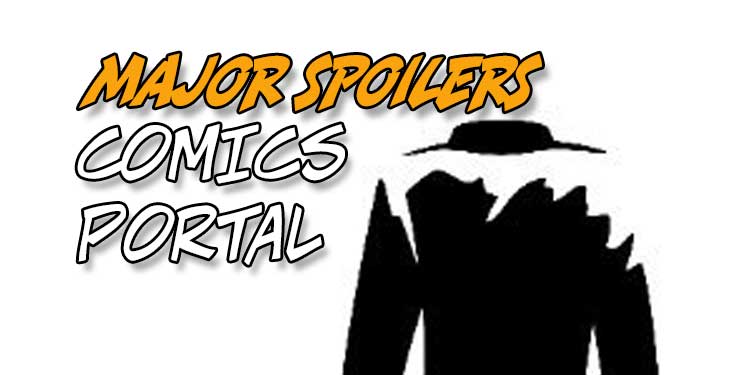 Scott Snyder is launching new comics through a group called “Best Jackett Press” under comiXology Originals, with the first three coming this month, which the company is calling “Scottober.”

WHO IS SCOTT SNYDER? Come on, do I really need to tell people reading this column who Scott Snyder is? For those of you who have been missing out on some of the best comics writing over the last several years, here’s how I would identify him.

Snyder probably is best known for his years on the Batman ongoing title, working with Greg Capullo. However, he’s also known for his horror work on American Vampire, during which he co-wrote a storyline with Stephen King. Yeah, THAT Stephen King.

One of the most unassuming comics creators around, Snyder has taken his unique perspective to several superheroes, including Superman, the Justice League, and Dark Nights: Metal, a very successful reworking of the future of DC Comics.

And that’s only scratching the surface.

It’s inevitable that creators will want to develop and tell stories based on characters they have brought to life, so it only made sense to me when I first heard about Best Jackett Press, which will feature eight titles first being released through comiXology Originals, then being followed up by print versions coming from Dark Horse Comics in 2022. In the aforementioned release, Chip Mosher, who is the head of content at comiXology, said that October has been deemed “Scottober” there in honor of the release of new titles under Best Jackett Press.

What’s important to know is that New York Comic-Con 2021, starting in just a few days, will be the big kick-off for “Scottober.” If fans go to Artist Alley booth H1B5, they will be able to take a “Scottober” themed selfie between 11 a.m. and 6 p.m. daily and get an electronic image to share and a commemorative print out.

There will be limited-edition enamel pins and exclusive We Have Demons posters (available as long as supplies last). Also, there will be a live panel discussion moderated by Heidi MacDonald. During October, the first three of the Best Jackett Press books will be released.

The first one will arrive on the first Tuesday of the month, October 5. Here’s the description of that book, We Have Demons (1 of 3):

We Have Demons is full-throttle entertainment by two comic book megastars (Snyder and Capullo), featuring action, conspiracies, secret organizations, monsters, mayhem, and a climactic war of good and evil with no less than the fate of the world hanging in the balance.

And here’s more about that book from their press release:

“In practically every folklore throughout history, there’s a struggle between angels and demons–beings of goodness and light and monstrous beings of darkness. But what if this struggle, this war for the soul of humanity, wasn’t rooted in the mystical or supernatural, but in science?

On October 12, the second book will be released. It’s named Clear (six-issue series), written by Snyder with art from co-creator Francis Manpul. From their press release, more about this book follows:

“San Francisco, private detective Sam Dunes is working a case when he’s approached by his former police partner, who informs him of his ex-wife’s alleged suicide. But nothing about this adds up. And when he receives a gift in the mail, Dunes finds himself pulled into a wild and twisting mystery that stretches from the city’s deadly underworld to the even deadlier heights of the city’s wealthy and powerful elite.”

The final book in October, coming on October 19, will be Night of the Ghoul (also a six-issue series), written by Snyder with art by co-creator Francesco Francavilla. Here’s more about this book:

Night of The Ghoul is a dazzling work of contemporary horror, intercutting between the present-day narrative and the story of the lost film (drawn by Francavilla in stunning black and white).

And more about this book from their press release:

“Forest Inman is a horror film obsessive who digitizes old films for the famed Aurora movie studio. When he stumbles across a seemingly forgotten canister of footage, his discovery sends him on a dark odyssey to the California desert, where he’s warned by a mysterious old man that the film’s ghoul is far more than a work of fiction.” I find it interesting that these books will be released in digital format first, followed by print copies a few months later. Given how popular Snyder’s writing is, I’m sure I’ll be “double-dipping,” buying the initial versions first, then the printed copies when they come out.

The thing that I find interesting about Snyder’s writing is that he is, in my mind, a great writer in that he can create storytelling in several genres. Look at the three of these books—horror, sci-fi, and action-oriented. Given this writer’s past ability to transcend genres, I’m expecting the very best from them!

And this won’t be all of them! Five more titles will be coming in the months ahead, with art from Jamal Igle, Jock, Tula Lotay, and Dan Panosian with veteran comics editor Will Dennis overseeing the books. For a video on Scottober, go to this link!

I wish I were going to be at NYCC if for no other reason than to check out these titles! The good news is that I’ll be able to buy the digital versions as they come out, so I’ll still be supporting Mr. Snyder and his Best Jackett Press as it moves forward! Can’t wait!

What do you think? Are you going to buy the digital version, then the print copies? Will Snyder and his fellow creators meet expectations when it comes to the variety of storytelling they will be doing? Could other storytellers follow suit with this kind of books? Whatever your opinion, please share it in the space below!