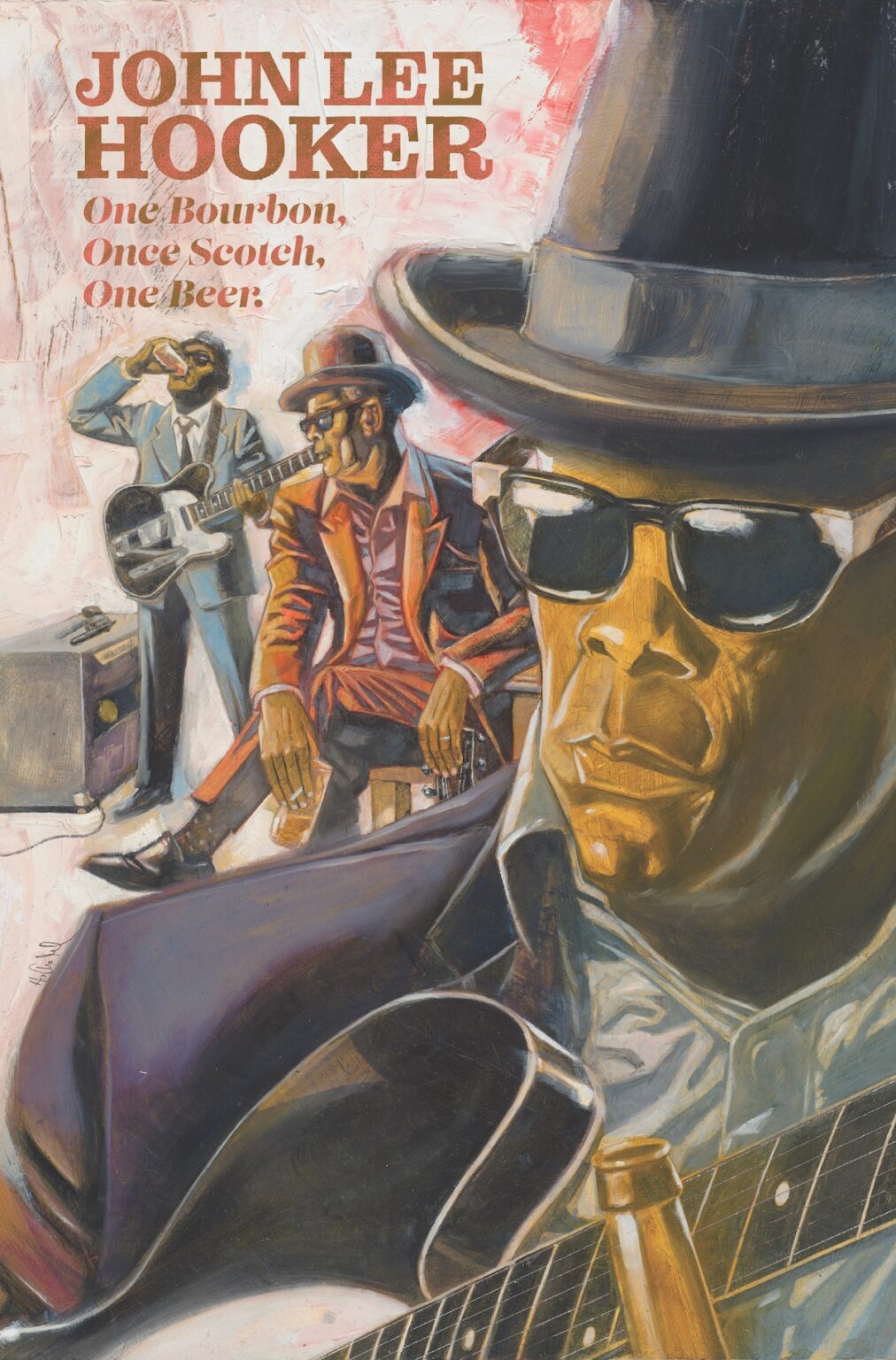 The John Lee Hooker Estate and Z2 Comics announce the graphic novel John Lee Hooker: One Bourbon, One Scotch, One Beer, documenting the life of the legendary blues musician, told by Gabe Soria (Murder Ballads) and Jarrett Williams (Super Pro K.O.!) and illustrated by eight-time Eisner award winner Kyle Baker, known for his work with Marvel and DC Comics, including his revival of Plastic Man, this is the official graphic novel document of one of the most celebrated figures in blues music! “The Hooker Family thanks Z2 Comics for bringing our dad to life through the fantastic world of John Lee Hooker: One Bourbon, One Scotch, One Beer and introducing him and the blues to a whole new audience” says Zakiya Hooker, daughter of John Lee Hooker.

Legendary blues man John Lee Hooker lived more life in one of his songs than the collective lifetimes of many. Spanning several decades of the American experience, John Lee Hooker: One Bourbon, One Scotch, One Beer tells three tales of Hooker’s storied life through the perspective of those who lived within his massive orbit, weaving textured and interpretative stories that rise to the lofty creative heights of his music and fall to the gritty reality of trying to thrive in several unforgiving eras.

“One of the most satisfying parts of putting together graphic novels in direct partnership with musicians and their estates is not only releasing books that stand on their own creatively but adding to the canon of the lives of some of the most legendary figures in the history of any genre” says Josh Frankel, CEO, and publisher. “This book is another fine example of that, and one that I would rank among some of the best work we’ve published.”

Following up on the success of 2020’s Chasin’ the Bird: Charlie Parker in California graphic novel, which has received rave reviews, and was a year-end favorite, this is sure to be essential reading for John Lee Hooker fans and American music historians alike. Z2’s John Lee Hooker: One Bourbon, One Scotch, One Beer will be on shelves at comic, book and record stores respectively in spring 2022, just in time for the celebration of his 105TH birthday. This beautiful new work of graphic nonfiction will also be released in a special deluxe and super deluxe version, featuring an exclusive vinyl single, art prints and more, available only through the Z2 Comics website.