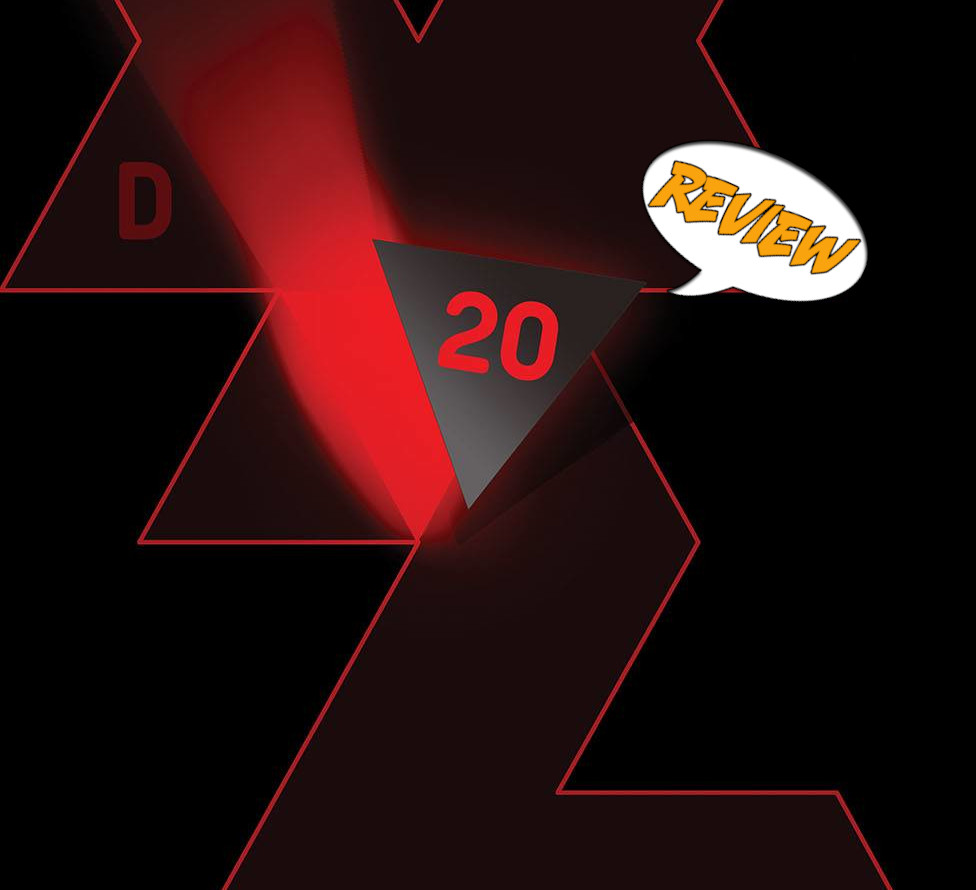 Die is coming to an end. Will our heroes finish their roleplaying game and make it home or is something more sinister going to happen? Find out in Die #20 by Image Comics!

Previously in DIE: Six teenagers started a roleplaying game and disappeared into a fantasy world. All but one returned back to Earth. Nearly thirty years later, they returned back to that game. This time, after months of trying to figure out what this world is about and how to get back home, the group has ventured to the center of Die. If they can figure out how to beat the world itself, perhaps they can stop the world of Die and Earth from destruction!

Die #20 begins with our heroes looking at a construct of a 20-sided dice in a suit of armor asking “What Am I For?”. Our heroes try to make sense of it, but Chuck decides just to try and strike it. (a common trope of rushing in for RPG games) Ash is forced to use her voice on Chuck to save his life but by using her voice, she releases Sol from her command. Sol, still a fallen undead, then bites Chuck’s neck to feed on his life force which kills Chuck. Sol, with a little semblance of life begins to talk to the machine and Ash realizes the answer of “What Am I For?”. She answers that this was a game to help our heroes find answers to their lives when they were teenagers and through playing this game, they were able to understand themselves more. With this, everyone but Chuck is able to return back to Earth.

The group arrives in the middle of a pandemic. Matt reunites with his parents while Angela tries to deal with her abandonment of Molly. Sol returns to his mother after nearly 30 years and Dominic Ash returns to his wife and newborn child. Isabella’s house was repossessed, and she finds herself alone in a hotel. Chuck, still on Die, comes back as a Fallen and gains a new quest. Maybe this isn’t the end of the story, because at the end it looks like Sol may still have some Game Master powers after all!

In Die #20, we get the climax of the piece that was exciting and cool. Then we have the resolution, and I can’t tell if this is a happy or sad ending. There is almost a sense of incompleteness because everyone has different endings. Ash and Matt seemed to have a fairly happy resolution, but Angela is in a pretty rough spot with Molly. It kind of leaves a sour taste in your mouth because it isn’t fair. But life isn’t fair right? That is the difference the game of Die and the reality of the real world. Especially when Chuck can just pop right back up as a Fallen. I think that is an interesting comparison to make but doesn’t feel like a solid conclusion. It is though, an artistic conclusion that proves to be an interesting choice to explore.

I don’t want this story to end, I think there could have been another fifty issues to explore these ideas and characters. Perhaps see more literary figures take on sections of the world or develop more interparty relationships. But with these twenty issues, we got a well-rounded story with a solid end. And for that, I am grateful and happy that I was along for the ride.

Die as a series has been well thought out and pushes the boundary of the artform. It also challenges readers intellectually to think through some of the plotlines and meanings. Then there is also fan service for people who like tabletop gaming as there is a lot of references. All in all, a book that is designed for someone like me in mind. 5 out of 5 for the issue and the entire series.

Die #20 offers us a thrilling conclusion to an amazing series that pushes the boundaries of the artform.