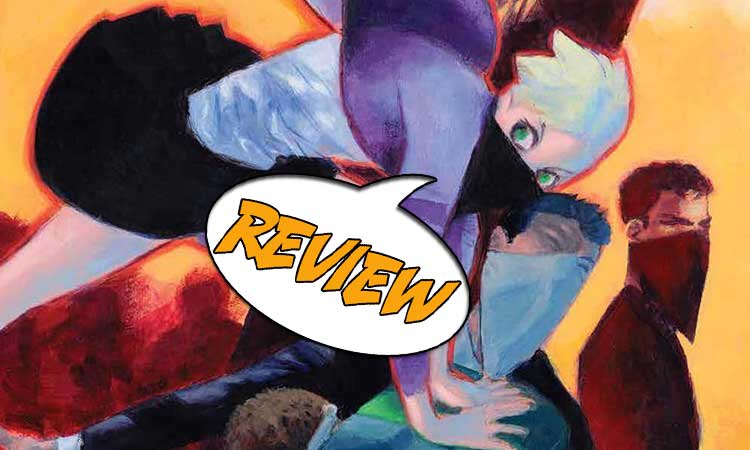 Something is Killing the Children #20 Review

Everyone expects that Erica is dead, but she survives. What does this mean for her new life with the Order of St. George? Find out in Something is Killing the Children #20 from BOOM! Studios.

SOMETHING IS KILLING THE CHILDREN #20

Previously in Something is Killing the Children: Erica is sent to the Order’s farm for her initiation where she must face her own monster. Gary sets up the ritual for her and when her monster shows up, he realizes that it is much more powerful than what trainees usually face. In her initiation, Erica remembers the monster’s attack. It tries to frighten her with her memories, then to trick her into thinking she can save the people who died. Erica realizes it is trying to hide from the uncomfortable truth that Erica and Jessica defeated it. In her memory, we see Jessica pull the monster into Octo to bind it someplace where it can no longer hurt people. And Erica wakes up and finds herself alone in the barn.

THE DARKNESS BEFORE THE DAWN

Something is Killing the Children #20 opens at the farm, this time following the others. Jessica is drinking. This is an ordeal she has been through before. She has killed monsters and seem children who look at her as the person who saved them, not realizing what life may now have in store for them. Gary, too, has seen his share of death among the kids who start out with them. Considering that Aaron was the only young Black Mask until Erica arrives, their bleakness is not surprising.

Cecilia arrives, not exactly for moral support, but so that Jessica is not alone when things go badly. She brought Aaron, who may be the only one of the four who does not expect the worst. Gary talks to him more about initiation, about how they select candidates from children who are up for adoption, and how they have a system of binding young monsters to their totems to give them a good chance for survival.

Then Erica arrives and for a moment, everyone is stunned. Then Gary and Jessica are overjoyed and start planning a celebration. Cecilia congratulates her tersely and tells Aaron to call the house so the Scarlet Masks can prepare a room for her. Aaron and Erica make a truce and he asks her where she is going to get her tattoo.

Big Gary gives Erica her Mark of St. George tattoo and as he works, he tells her more about the organization. Her name will be Erica Slaughter. When she proves she can kill a monster on her own, she will get to wear the mask with teeth. I like this interval because it fills in a lot of the questions that I, as a reader, have had. He tells her about the specialties associated with all the different mask colors.

Then Cecilia takes her to meet the Dragon, the head of their Order, an Asian man whose mask looks as though it is made of metal or even bone. He wants to meet her familiar, but he also wants to talk to her. He claims the only reason that she could pass the test is that she is a monster herself, that she is a sociopath. She steadfastly denies this, insisting on believing that she is perceptive. And perhaps she is perceptive and sees that what he says does not match her experience of what happened.

CAPTURING THE SUBTLETIES OF EMOTION

The opening of Something is Killing the Children #20 captures Jessica’s emotions so incredibly well. Her body language radiates fatigue, resignation, and even guilt. We feel it in how she is hunched over, in how her hair falls over her face. She has also been drinking and we get a sense of that in her abrupt and intense reactions. Even though we know Erica has made it, she doesn’t yet. After Cecilia arrives, a stark contrast in her emotionally-supressed control, Jessica is the first t see Erica and she literally looks stunned. Quite an emotional range is covered.

The interaction between Erica and the Dragon is fascinating. He’s an older adult, perfectly polite with her, but completely confident in his power, certain in his beliefs. We have seen a lot out of Erica, but here she is a child once more. She, too, is perfectly polite, but in the more hesitant and searching way of a child who doesn’t quite understand how she is supposed to relate to this person. He tells her it is remarkable that she didn’t die, and he assumes that she was an angry and difficult child because that’s the only way she could have passed the test. When she denies it, is she hiding the truth, or does she have as firm a grip on the truth as she did against her monster?

Erica’s origin story, as completed in Something is Killing the Children #20, is a fascinating work full of insight into the psyche of Erica as a youngster, dealing with trauma and thrown into an unusual situation. It is a dark read, but with a thread of hope and change that runs through it.

Something is Killing the Children #20

Will Erica’s success change her or her relationships at the House of Slaughter?