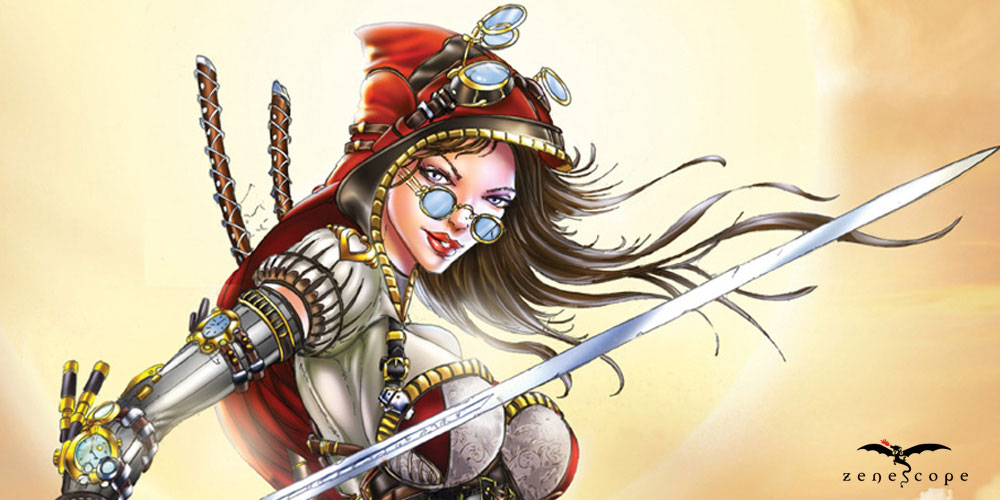 Pitch your ideas to Zenescope at New York Comic Con

Zenescope Entertainment will be one of the largest comic publishing houses appearing at New York Comic Con from October 7-10th at the Jacob K Javits Center. The company will be giving an aspiring writer a chance to be published in an upcoming comic.

Zenescope will be running a “Pitch Tank” Panel on Sunday, October 10th at 11:15am in Room 408. Zenescope will be hearing short horror story pitches for its best-selling comic book series, Grimm Tales of Terror. Those wishing to enter can sign up at Zenescope’s booth (#2901) throughout the weekend. Sign ups are first come, first serve, and participants must be available to attend the panel in-person. The full description of Zenescope’s Pitch Tank found on newyorkcomiccon.com

Zenescope will also be presenting the Zenescope Previews Panel: The Story Behind the Story on Friday, October 8th at 2pm in room A121. Co-founders Ralph Tedesco & Joe Brusha will talk about the inception of Zenescope over 16 years ago and how the company’s current publishing slate pushes back against the stigma that Zenescope only publishes “provocative” content. During this panel attendees will learn about the real Zenescope and why the popular publisher is set to take another leap forward in 2022.

Throughout the weekend at booth #2901, Zenescope will be hosting free signings by creators and artists like Ralph Tedesco, Joe Brusha, Dave Franchini, David Wohl, Elias Chatzoudis and David Nakayama.

Fans can also participate in a scavenger hunt, a cameo comic giveaway and purchase highly sought after collectibles, branded merchandise, and a vast array of comics.