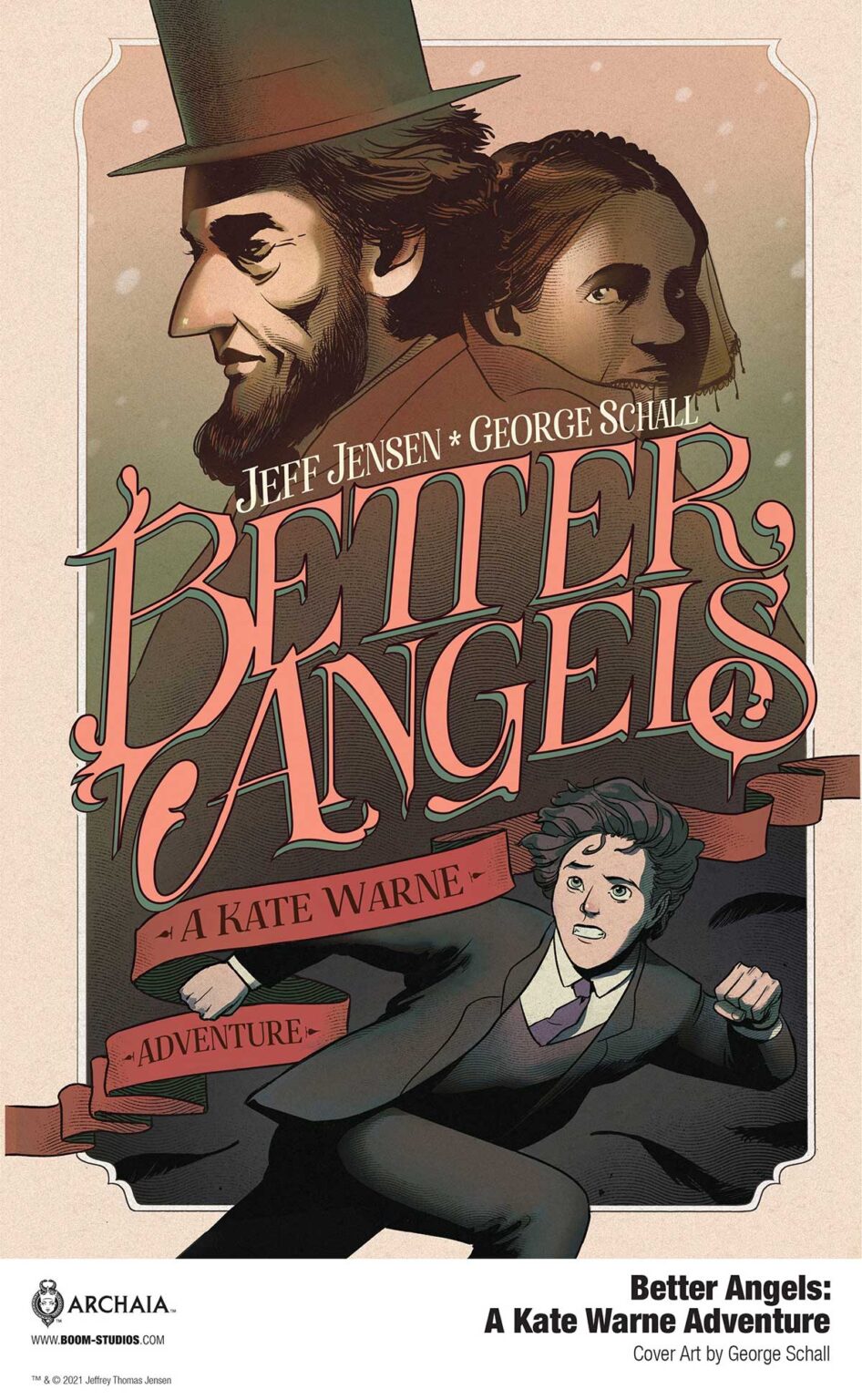 BOOM! Studios has released another preview of Better Angels: A Kate Warne Adventure that arrives in stores in October.

But there was only one detective whose extraordinary cleverness, versatility and mystery made them a singular individual who could save the Lincolns. Her name was Kate Warne. This is the story of America’s first woman detective, a trailblazing working woman trying to make a living and do some good in a tumultuous, sexist age, and whose mysterious life and tall tale exploits are truly the stuff of legend.

Better Angels is written by Jeff Jensen with art by George Schall. The issue arrives on October 27, 2021.