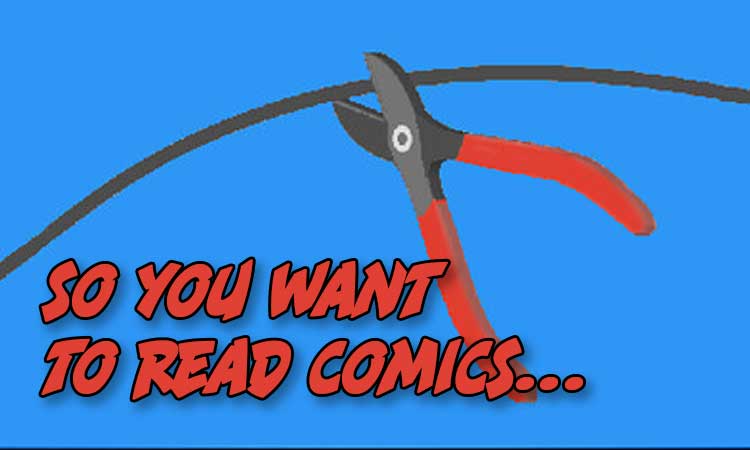 So You Want To Read Comics: Streaming Edition

Cut the cord, it’s time for “So You Want To Read Comics”.  This is a weekly feature where we take a look a single topic, then provide two comic book recommendations that are perfect for new readers, based on that topic.  This week we’re taking a look at comic book adaptations on streaming platforms.

It’s no secret that in the last fifteen years, the comic book industry has become a fertile field for streaming services, looking for a property they can adapt and throw on their platform in order to grab the attention (and a few more subscriptions) of fans of that property.  Amazon has The Boys, Netflix has Umbrella Academy, Disney+ has their MCU tie-ins.  But the problem is that while most of these shows work great for fans of the comics, they don’t always work the opposite way.  It’s a much harder task for a fan of a show to then find a good place to start reading the comic it’s based on, or said comic is so deeply tied in with larger continuity or the minutia of the comic industry.

So, with that drawn out explanation of the premise out of the way.  Here are two comic book series great for new comic book readers, who are fans of the streaming service adaptation.

Invincible tells the story of Mark Grayson, a teenager who finally develops his superpowers while also being the son of the most powerful superhero in the world Omni-Man. The show premiered in early 2021 and quickly became a hit, thanks in part to the viral sharing of “the scene”, a particularly bloody and brutal moment as well as the meme-ifiication of a confrontation between Mark and his father.  Now while there are some differences for sure, the comic and the show (at the time of writing this article) line up pretty well with just a handful of differences.  The biggest difference is the scope of what’s here.  While the show does a good job establishing the world the story exists in, the comic series simply has the benefit of having more time to fully flesh out its environment. So, it really is the perfect comic for someone who likes the show, but just wants more.  Also, it does a good job being its own thing in the early volumes and only crosses over with other Image properties later on in mostly superficial ways.

THE END OF THE F***ING WORLD

Originally produced and aired on Channel 4 in the UK, it wasn’t until it reached Netflix that this show really picked up steam with viewers and critics alike. The show follows two troubled, British teenagers named Alyssa and James who runaway together.  Unfortunately, James has every intention of murdering Alyssa.  The comic series has pretty much the same premise, instead it takes place in The US. There’s also some other significant changes that are spoiler-y, but they do add up to create a completely different tone by the end of the story, while still managing to hang onto the dark humor the show was praised for.  When compared to each other, the TV series and the graphic novel almost come across as alternate universe. Additionally, what’s nice about this one is that it’s a complete story in a single volume, so much like the show, It’s bingeable. It should be mentioned though, that the art style of this is not a typical style of art most people associate with comic books.  It’s rough, somewhat simplistic and has a distinct “indie” feel to it that might not be everyone’s cup of tea.

What are some of your favorite comics that have been adapted into TV shows? Let us know in the comment section below.