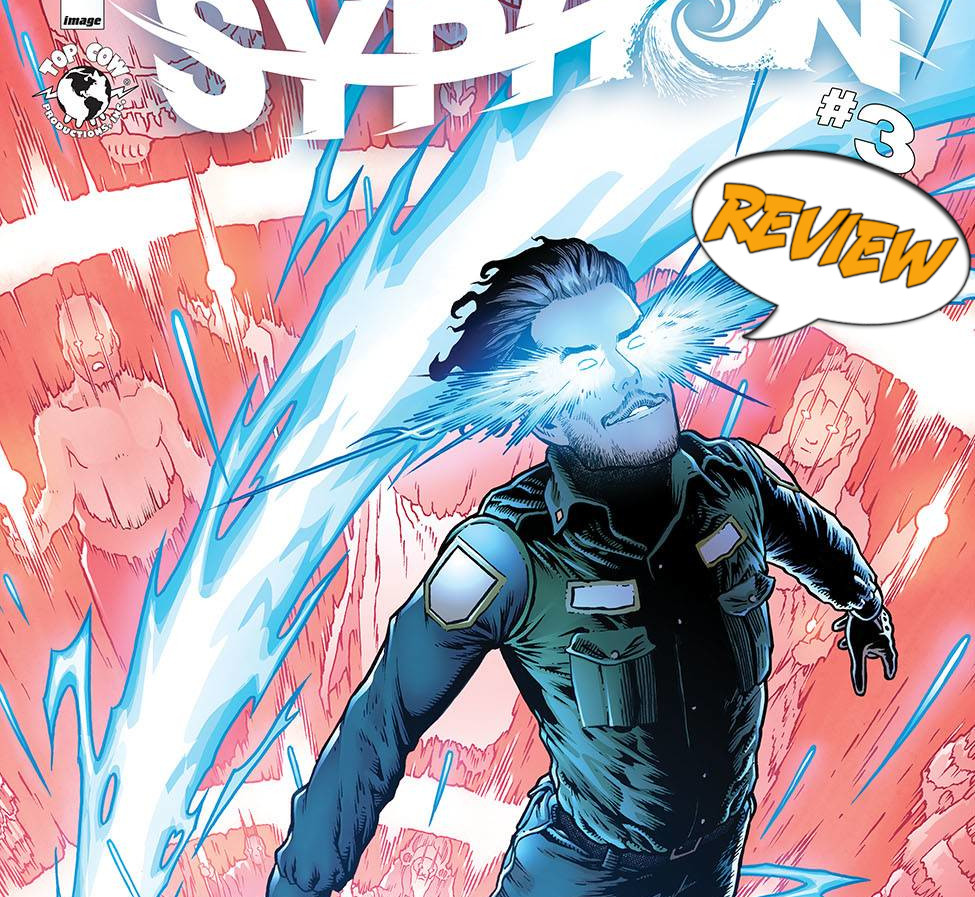 When you have the ability to manipulate the feelings of others, what do you do with that power? Do you help or harm people? Find out in Syphon #3 by Image Comics!

Previously in Syphon: Sylas has been given the power to siphon away other people’s pain. But the toll on his emotional health was too much for him. Until he met Antonio, who taught him how syphon happiness from people and gave him a new sense of euphoria. However, Sylas realizes that he can go too far and even learns that Antonio has been killing people with the syphon power. Suddenly trapped by Antonio, Sylas must figure out how to escape and survive!

Syphon #3 shows us the reality of Sylas’ prison. While his body is trapped with Antonio, Sylas is stuck in his own mind. Antonio begins to chip away at any happy moment that Sylas has and only leaves him with his darkest thoughts. With that, Antonio will try and break Sylas until he is something that Antonio can manipulate and use. Sylas tries to fight back but is unable to stop Antonio. That is, until he talks to the people who had the syphon ability before him and encourages him to fight back. They also tell him how to weaponize his anger.

Sylas, armed with burning rage, fights back against Antonio in his own mind. With the help of the previous lives who held the power, Sylas wins. Back in his normal everyday life, Sylas returns to his work as an EMT and syphoning people’s pain away. He reunites with his partner and tells her about his secrets and with that bit of help, he realizes he doesn’t have to fight alone. Elsewhere, Antonio is moved by a mysterious man who can restore his body and mind.

The best part of Syphon #3 was the art. Every page was riveting and dynamic. The use of color to portray the mind of Sylas was sublime. I almost found myself disappointed when we returned back to reality and went back to a more classic, grounded art style. Having these explosions of color is a great way to interpret the explosion of emotions that Sylas is going through and having that visual representation reinforces the story points. Great work by Jeff Edwards and John Kalisz here.

The theme of Syphon is about taking on other people’s burdens and I thought it was going to end with a different lesson. I thought Sylas was going to learn that he doesn’t need to take on that responsibility and that he can be a healthy mix of old Sylas and Antonio. Instead, it looks like the lesson was that he didn’t have to do these things alone. Sylas has a partner and the ancestors of this power behind him, but he is still stuck with this duty of taking on other people’s pain and emotion. It is an interesting take and interesting food for thought from the creative team.

I appreciated what the creative team did with Syphon #3, and they had solid execution of their ideas. The art style and writing complemented each other and provided a great well rounded conclusion to this miniseries. And it even seems there is room for more stories to be told. This is a 5 out of 5 for me. While there are things that any book can improve on, this one gives a great representation of the skills and talents of the creative team.

Syphon #3 provided a beautiful and riveting conclusion to Sylas' battle with Antonio and his own psyche.