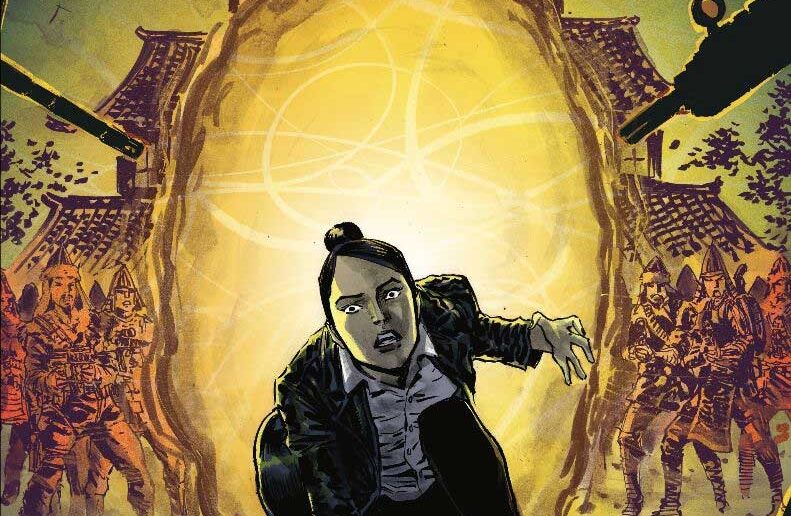 DOWNLOAD #1
OCT211700
(W) Scott Chitwood (A) Danny Luckert
When Eric is hit by a mysterious blast of light from space, he suddenly finds his mind filled with designs for strange devices. But when he blindly begins building them, he won’t discover what they do until he and his friends turn them on. But do they dare? In the spirit of The Goonies and Explorers, the adventure begins here from the creators of Haunted and Riptide!
Available December 15, 2021 MEGA #1
OCT211702
(W) Salvador Sanz (A) Salvador Sanz
A gigantic creature has been awaken from its eternal sleep in Antarctica. The destructive monster, only known as “The Salamander,” has started a journey of chaos and destruction. The only thing that could stop this menace is another sleeping giant; a creature from under the ocean known as “Mega.” Oversized premium edition.
FC · 48 page · $7.99
Available December 15, 2021 CARRIERS #2
OCT211699
(W) Ben Ferrari, Erica J Heflin (A) Jim O’Riley (A/CA) Elias Martin
The Carriers face their toughest test when a gang of bloodthirsty seagulls descend on New York City looking to loot the city’s garbage sas they search for a lost artifact of power, but they must be careful not to forget the armies of the Croc King still waiting for them to make one mistake.
FC · 32 page · $3.95
Available December 8, 2021 MERLIN & HECTOR #3
OCT211704
(W) Rodolfo Santullo (A) Jok
The final showdown! The Skinshifters have conquered the town and it doesn’t seem that Hector can defeat them, despite having the help of The Plagues. Only Merlin will be able to tip the balance in his favor, but to do so he must finally control the magic that baffles him so much. Will he be able to do it or is this the end of their adventure?
FC · 32 page · $3.95
Available December 22, 2021 VERGE #4
OCT211701
(W) Bryce McLellan (A) Dexter Wee
Just as Connie has solved the case, she’s captured by Takamori and taken deep into Satsuma Temple, where the Verge has been opened again. On the other side of the Verge is a reunion she never expected, and a danger not just to her and the NYPD, but to all of space and time!
FC · 32 page · $3.95
Available December 22, 2021