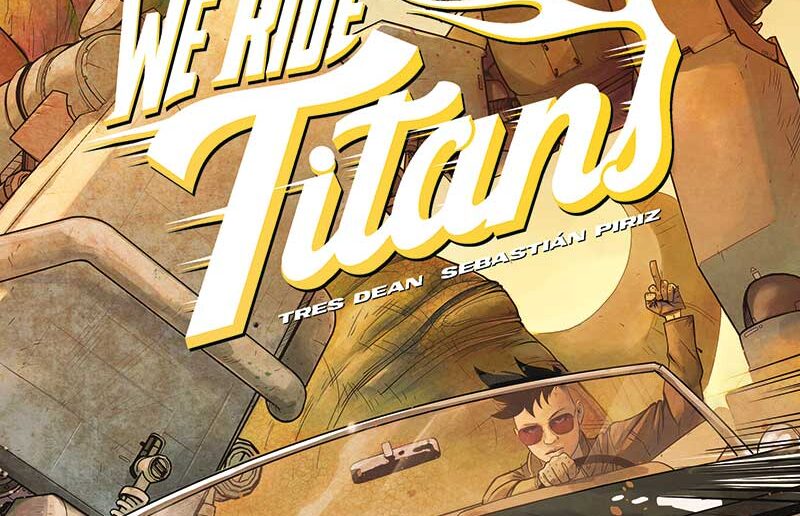 Vault Comics is getting in on the kaiju action with the announcement of We Ride Titans, a new mecha and kaiju series from Tres Dean and Sebastian Piriz.

Trying to keep your family from imploding is a tall order. Kit Hobbs is about to find out it’s an even taller order when that family has been piloting the Titan that protects New Hyperion from kaiju for generations. Between a spiraling brother, a powder keg of a father, and a whole bunch of twenty-story monsters, she’s got her work cut out for her.

“There are some stories where you just know,” said Dean in a press release from Vault Comics, “and when I first started scribbling out the bones of what would become WE RIDE TITANS on the Long Island Railroad in the summer of 2018 I knew. Having spent several years in the industry at that point I’d long wondered what my first creator-owned book would end up being. I often figured it would come down to whatever got picked up by a publisher first, leading to years and years of turning every single inkling of an idea I had into something I could show to a publisher. It changed with WE RIDE TITANS. I stopped trying to cater to genre, to trends, and to archetypes and instead built all of those things around themes I wanted (or maybe needed) to work with. The result: a big, bombastic story about mecha and kaiju with all of the questions I had about family, siblings, pain, anger, and the possibility of reconciliation at the core. By the time my train let me off at the Bellmore stop I knew this was the one – and that I’d do whatever it took to make sure that ended up being the case. I sure didn’t know it’d be over three years before those first pages in my notebook came to fruition but to have made the book this way and with this team makes the wait worthwhile. Sebastián has been the artist I’ve wanted to tell this story with since day one and Vault has been the dream home for it from the moment pen hit paper. This team isn’t knocking on the door – we’re breaking it down and storming through with all the might of a hundred-story mech.” 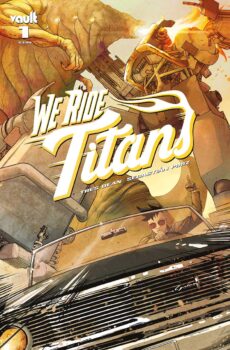 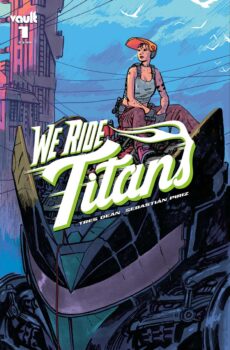 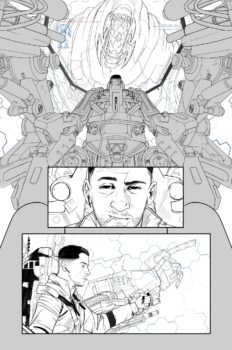 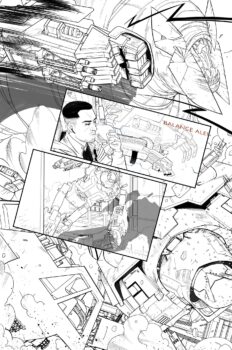 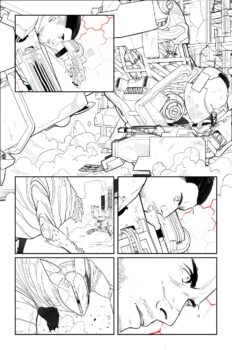