After the shocking revelations in the most recent issue of Mighty Morphin, we are all waiting in anticipation for the next issue to arrive. Fortunately, BOOM! Studios has released a first look at Mighty Morphin #12 to give us a hint of what is to come.

Rescued by the Power Rangers, Candice reveals there’s a deeper threat to Earth than previously realized! The revelation will force Zordon to grapple with his ancient past and for the sake of Earth, make a plea to a potential ally no one expects. But Tommy takes matters into his own hands which leads him to a collision course with his former allies! 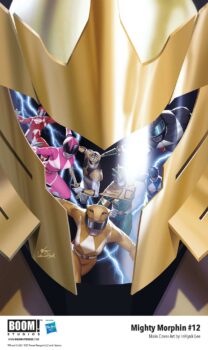 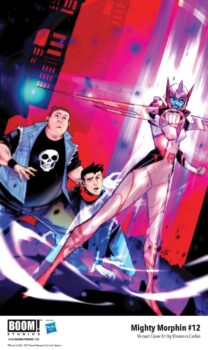 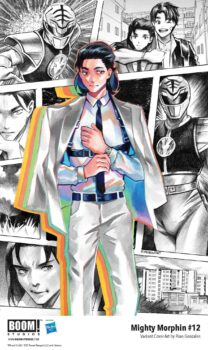 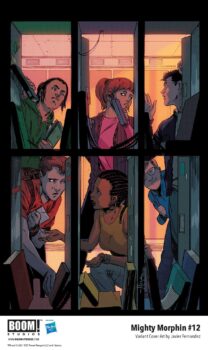 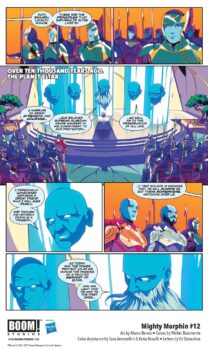 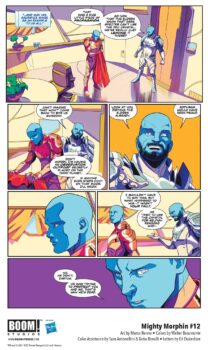 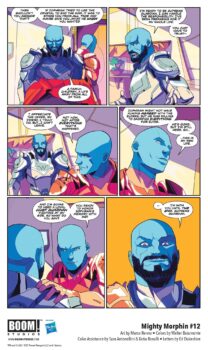 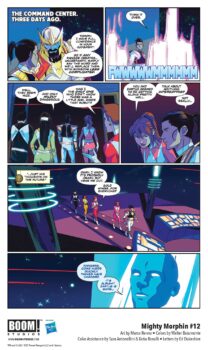 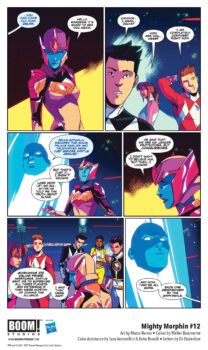 Mighty Morphin #12, written by Ryan Parrot with art by Marco Renna, is scheduled to arrive on October 6, 2021.