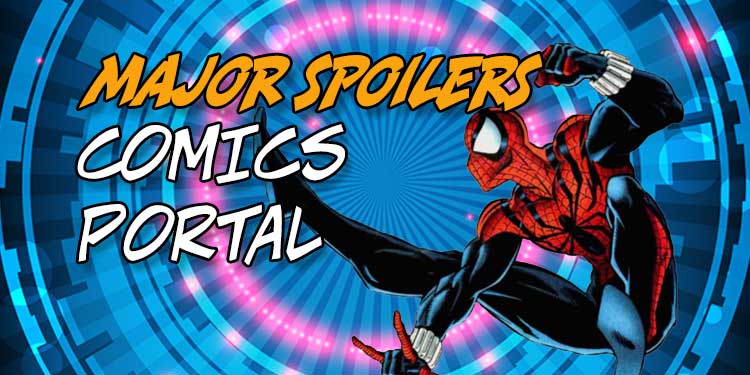 Every move that Marvel is making regarding Ben Reilly is increasing my interest in the character’s return! They really are making things fascinating!

Of course, DeMatteis has written some of my favorite Spidey stories. He’s scripted “Kraven’s Last Hunt” and “The Lost Years,” both of which filled in several of the blanks in Kraven’s life as well as Peter’s existence. I expect him to do the same with Ben.

I have to say that I really enjoyed Dan Jurgens’ writing on Ben when he was writing the character. We went places Peter has never been before while seeing things through Ben’s Peter-like eyes.

Interestingly, DeMatteis put it this way in the Marvel news release: “What I’ve always found fascinating about Ben Reilly is that he’s Peter Parker—and yet he’s not,” And that’s just what the House of Ideas (and likely Spidey fans) are looking for right now. We’ve explored Peter’s life for decades. As much as we like him, we’ve seen a lot of the details in Peter’s life—some folks feel like we’ve seen too many, I understand.

So, what do you do at that point? You bring in a character who has the good parts of Peter Parker—his sense of right and wrong, his ability to see the good in people, the way he can laugh in the face of danger—while looking at his experiences with a similar but not exactly the same perspective.

DeMatteis put it this way: “Like Peter, he’s a man who’s constantly striving to do the right thing, even if he doesn’t always succeed. Ben is wonderfully, painfully human, immensely relatable—and our new BEN REILLY: SPIDER-MAN series allows me to dive even deeper into Ben’s psyche, to explore him in new and, I hope, interesting ways.”

It can’t start soon enough for me!

WHAT’S GOING ON IN NEW YORK? I’m intrigued by the description of what’s happening in the Big Apple as Ben returns to the scene. Here’s how it is described:

One of DeMatteis’s great abilities is to slowly unfold a mystery, planting clues before us that we may or may not pick up on. I always appreciate that he can make us care about what’s going on while not telling us everything… yet!

What I’m hoping for is seeing Ben build up his own rogue’s gallery. We’ve seen Peter’s big bads a lot, particularly recently. We need to see new baddies, the complicated kind that DeMatteis specializes in!

I’m also anxious to see David Baldeon’s art on Ben. It should be something special given his past comics work! I’ve already pointed out some of what I hope to see in Ben Reilly’s new adventures. There are a few other suggestions I’d like to make as far as what Ben encounters in these new tales.

First of all, he needs a good supporting cast. He needs new and different people around him, particularly among those closest to him. We’ve had Mary Jane and Peter’s mom for a very long time, so I’d like to see new women who look at things differently there for Ben to bounce off of.

Next, he needs to go to part of NYC that Peter—in all his years there—has NOT really explored. When it comes to New York City, that’s not a tall ask! We need to have new neighborhoods and new situations. In the Big Apple, that should be easy to create!

One of the things I would really like to see in Reilly (sorry, couldn’t resist that) is a stable character who stays pretty much the same for while he’s around. Peter has been poor, rich, a photographer, a corporate head, and everything else in-between. I realize that has depended on who is telling the stories, but I found it tough to pick up a Spider-Man book and know what’s happening. I’m sure I’m not alone in that!

That means we get to explore Ben’s personality in different situations. Rather than change the world around him so much, let’s see Ben react to the people around him who challenge his thinking in different ways. I realize that’s not a big change, but it would be great to get to know Ben better.

I hate to say this, but I would really like to ignore certain parts of Ben’s previous existence. The whole business of being killed and turned into an assassin and all, I could do without that. I would like Ben to be more human, not less so. I realize that DeMatteis can tell great spiritual stories, but not this time, okay?

The bad news is that we have to wait until January before we get to read these Ben Reilly stories! However, it’ll be worth the wait, I believe!

What do you think? Are you looking forward to the return of Ben Reilly? If so, how? Do you want him to be more or less like Peter Parker? Would you like to see Peter’s rogue’s gallery take on Ben or not? Whatever your opinion, be sure to share it in the space below!