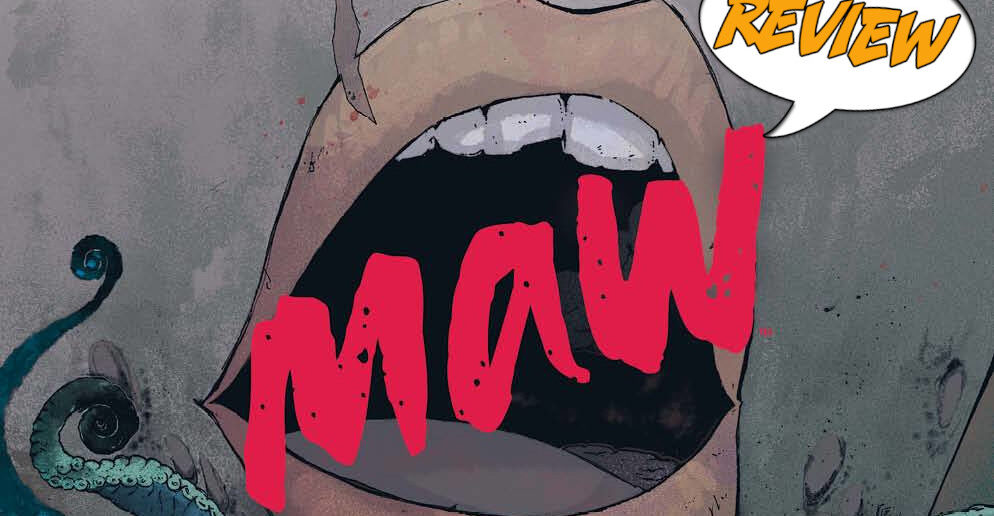 By Christopher Rondeau on September 19, 2021 0 Comments

Marion Weber is an alcoholic who is dragged to a feminist retreat by her sister. But when bad things happen though, the true monster comes out. Find out more in Maw #1 by BOOM! Studios. Previously in Maw: Welcome to a new horror series by Jude Ellison S. Doyle and A.L. Kaplan. This series explores the anger of women trying to reclaim a sense of power when they do not have any.

Maw #1 begins with Marion being dragged to a women’s retreat by her sister, Wendy. As soon as they arrive, Marion realizes that this place isn’t for her and insist that she goes out to the bar to get a drink that evening. Other people here though seem to have a positive experience from Miranda, the person in charge. A lot of the exercises seems to teach people to picture their rage in a way to deal with past trauma.

Meanwhile, Marion is drinking in a bar and someone talks to her and offers to buy her a drink. She is drugged and loses consciousness, waking up later at the beach. Later, she returns to her sister who tells her that this isn’t her first time being sexual assaulted. And warns her sister not to call the police because they don’t care about the victim. Instead, Marion heads off to the shower where something changes.

I made the mistake to not read the solicitations of Maw #1. They tend to be filled with spoilers and I wanted to try and give my comics a fresh read. I don’t generally read horror/thriller media because it is a difficult genre for me to become attached too. The writing in this book does a great job hooking you into Marion’s trauma because it happens to her right before your eyes. This is reinforced when you realize this isn’t the first time. This gives you empathy for her and makes you want to be on her side. Marion isn’t an engaging character, and her main trait is that she is an alcoholic. But as soon as you understand what she is coping with, you want what is best for her.

Maw #1 has the potential of being a really strong story for people who like the genre. The inclusion of the retreat that foreshadows the manifestation of anger is relatable to the audience. The creative team really did a good job giving us something to root even when the protagonist isn’t the most dynamic.

I am surprised I liked Maw #1. This isn’t my normal genre, but it is engaging enough that I may want to pick up the rest of the miniseries. This isn’t for the faint of heart though and be aware of the content you are reading before picking it up. 4 out of 5 stars for Maw #1 and I am looking forward to the next issue.

Maw #1 does a great job giving you reasons to root for an unlikeable protagonist.