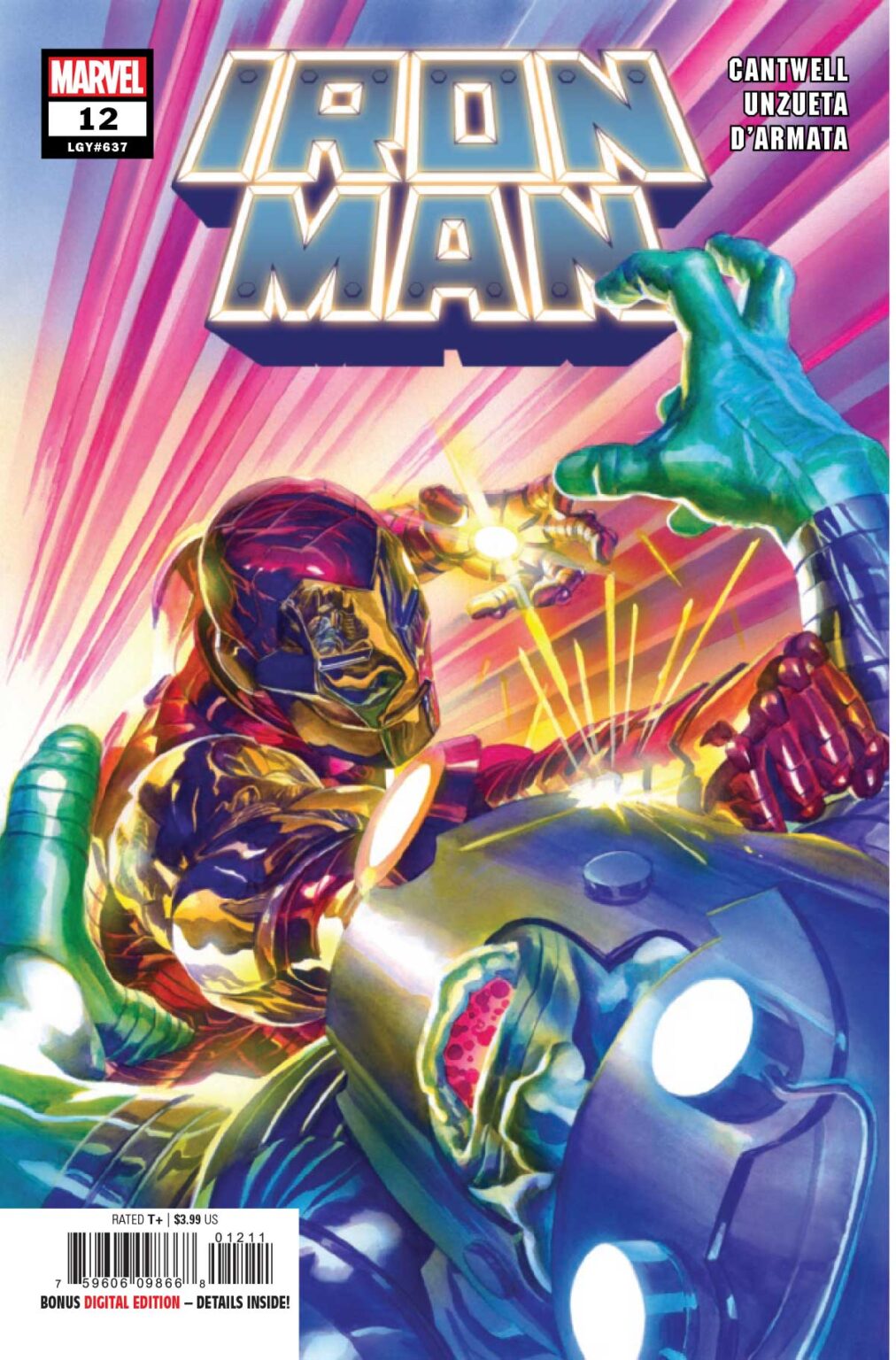 IRON MAN #12
CHRISTOPHER CANTWELL (W) • ANGEL UNZUETA (A) • Cover by ALEX ROSS
Miles Morales: Spider-Man 10th ANNIVERSARY Variant Cover by RAHZZAH
Iron Man is a long way from Earth. He now stands on the decks of Galactus’ worldship, Taa II, in deep space, and though he doesn’t have to face the World-Eater himself this time around, he certainly has to deal with the ship’s most brutal and lethal defenses. If he manages to survive those, it’s only a matter of moments before Tony Stark will have to turn around and confront his fiercest foe of recent memory, KORVAC. Tony must also face the mad android’s zealous disciples, all of whom have a personal ax to grind with the Golden Avenger—THE CONTROLLER, UNICORN, BLIZZARD and their most recent addition, a robotically enslaved ORIGINAL HUMAN TORCH. This showdown has been a long time coming, but Tony wasn’t counting on five-against-one odds. Tony needs backup. Tony could use some friends.
32 PGS./Rated T+ …$3.99