Check out these character designs for House of Slaughter #1

We’ve seen a few glimpses of what awaits us in the pages of House of Slaughter #1 from James Tynion IV, Tate Brombal, Werther Dell’Edera, and Chris Shehan. Now, BOOM! Studios has released some of the character designs from artist Werther Dell’Edera.

You know Aaron Slaughter as Erica’s handler and rival. But before he donned the black mask, Aaron was a teenager training within the House of Slaughter. Surviving within the school is tough enough, but it gets even more complicated when Aaron falls for a mysterious boy destined to be his competition. . . 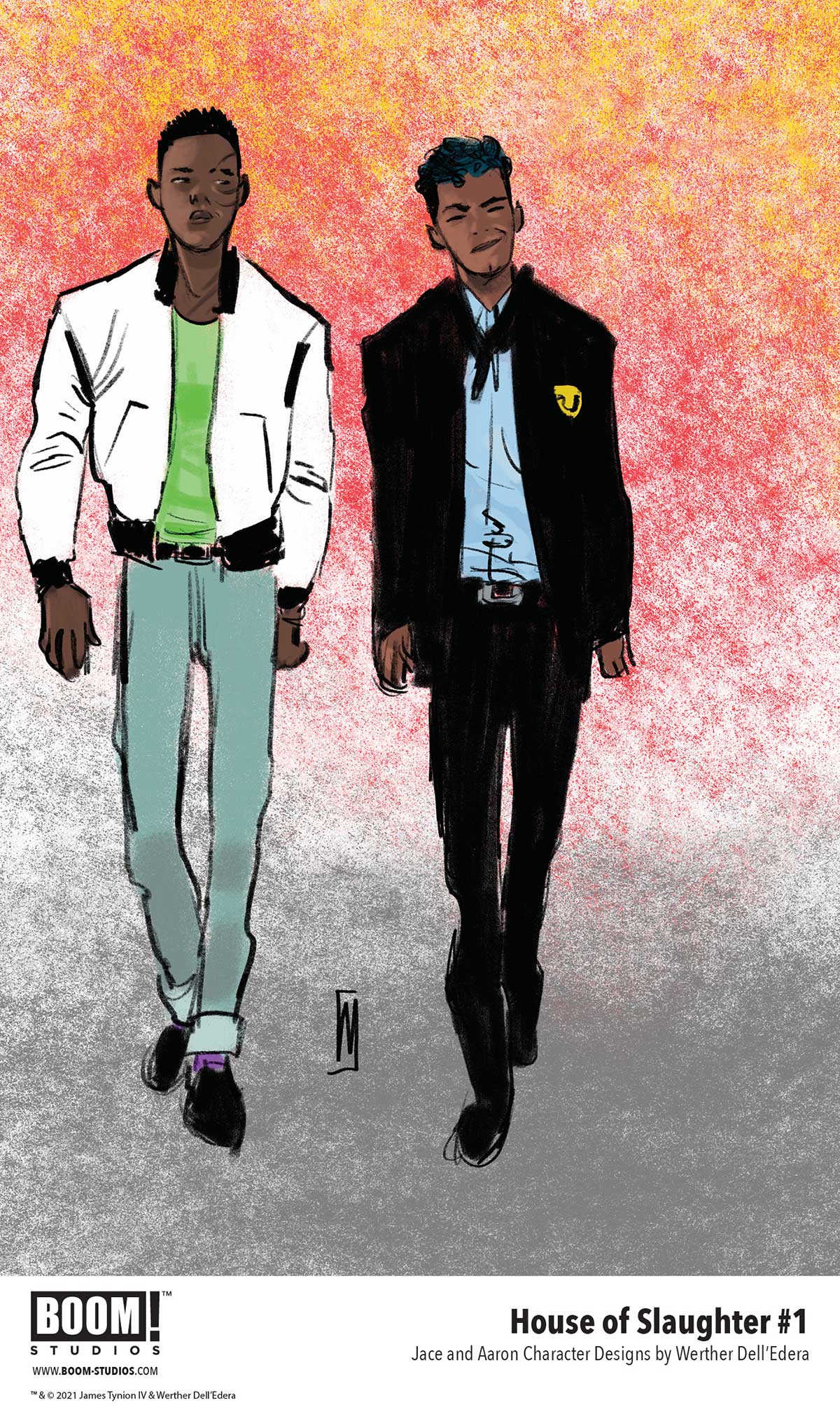 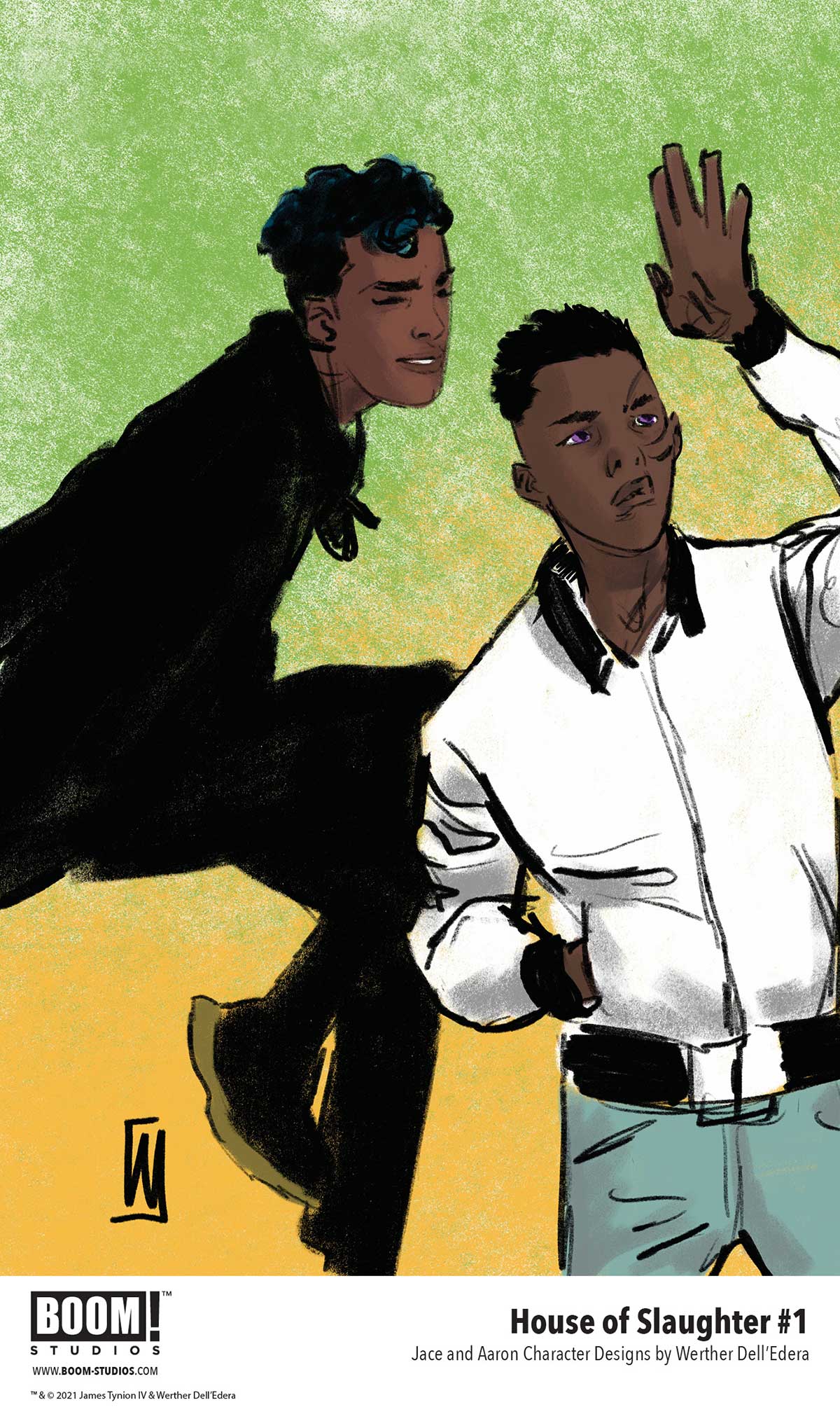 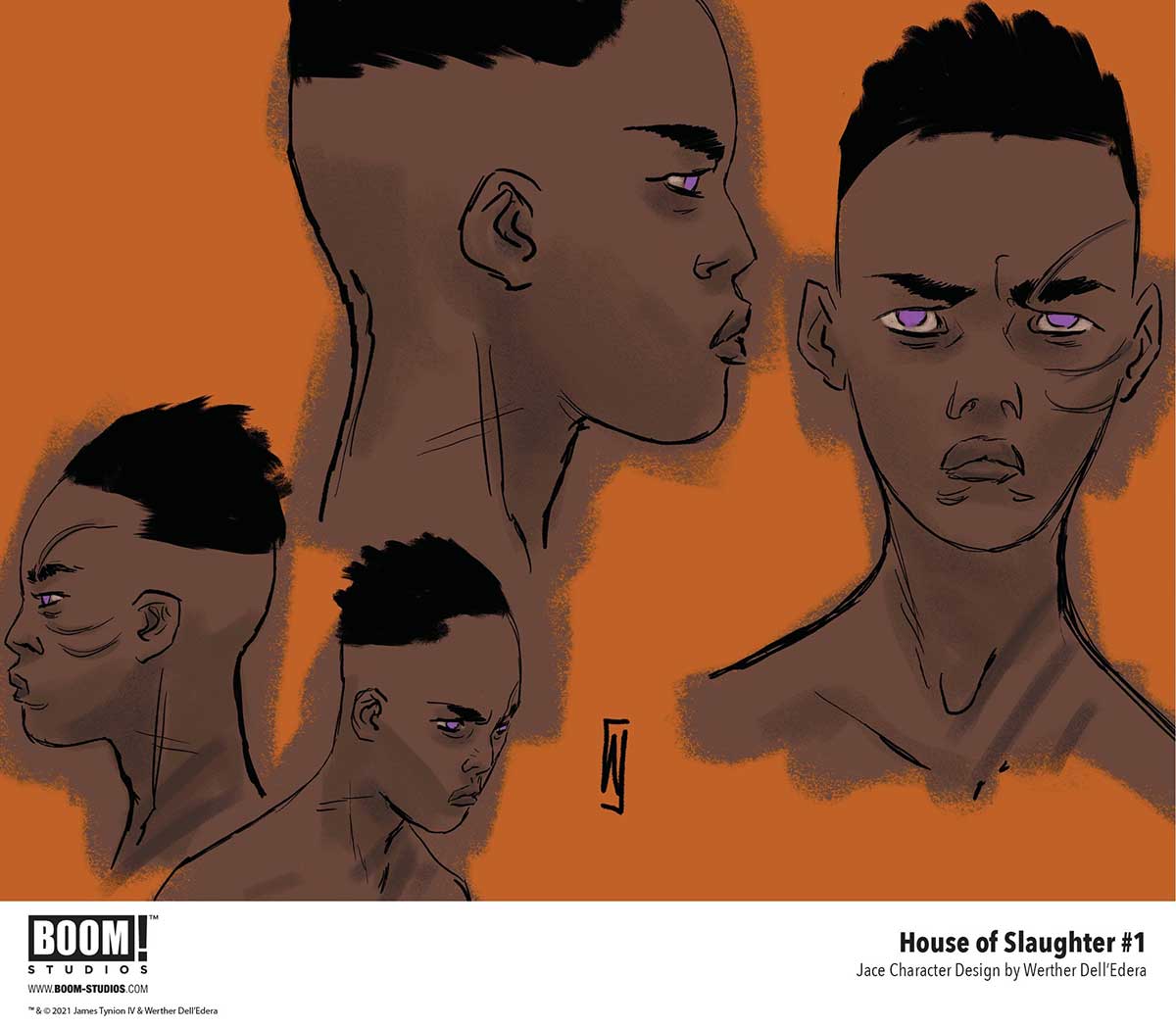