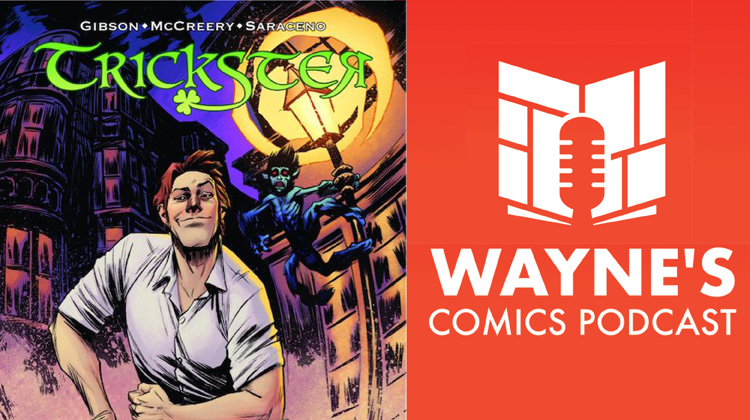 This week in Episode 501, Wayne talks with Conor McCreery from Trickster, which you can support at Zoop.gg at this link!

Conor McCreery from Trickster has a crowdfunding campaign underway on Zoop.gg until October 6, and it’s described this way: “Rory is your typical every day banished Leprechuan. He runs a bar in Boston and uses his powers of illusion to protect his neighbourhood from the thieves of the world – regardless if they use a gun or a contract as their weapon. When monsters from his homeland begin showing up, Rory realizes that not only are these creatures putting humanity at risk – they’re proving disastrous for his drinking time!” Conor discusses how Trickster came to be, how he works with Neil Gibson and Veronica Saraceno to create the comic, who Rory and his supporting cast are, and what Trickster will mean for fans and other readers. Don’t miss it!