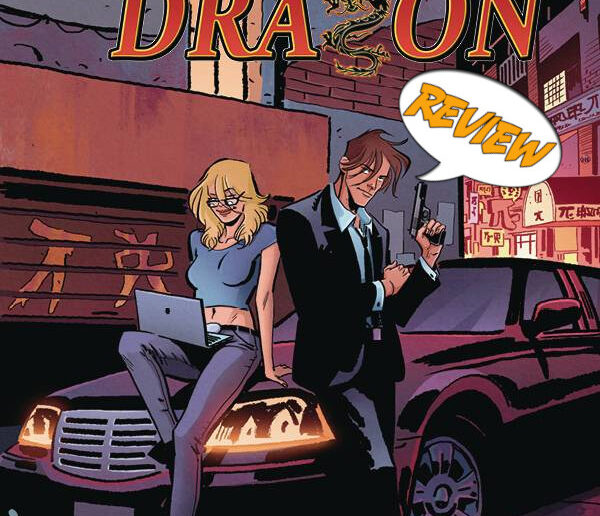 Dancing with the Dragon #1 Review

By Christopher Rondeau on September 12, 2021 0 Comments

Conner wanted to make life better for Blythe and ended up in a life of crime. But when he crossed the Triads, his world is turned upside down! Find out more in Dancing with the Dragon #1 by Scout Comics! Previously in Dancing with the Dragon: Connor is a poor Irish immigrant who came to America to try and have a better life for him and his girlfriend, Blythe. However, an opportunity falls on his lap that is too good to pass up and may be the ticket to a better life.

Dancing with the Dragon #1 gives us two points in times. One is where Connor is in trouble with the Triads and the other is six months before when Conner made the switch to a life of crime. In the past, Connor and his girlfriend is struggling to pay his bills on the salary of a limo driver. He takes a job driving a Triad member around San Francisco and realizes that he is participating in a crime. On the way back to the Triad’s guys apartment, his employer overdoses. Conner takes his phone and realizes that he now has the resources to steal from the Triads.

In modern day, about six months after his commitment to his life of crime, Conner is on the run with Triad members shooting him in the streets. He is able to pull a fast one and loses them in the city. Unfortunately they find him, and they have a hostage!

A LIFE OF CRIME

I found Conner to be very relatable in Dancing with the Dragon #1. His desire to want to get ahead in life is something I sympathize with. I spent a bit of time wondering if a criminal activity fell into my lap if I would take it. While I plead the 5th on what I would do, watching Conner commit to this lifestyle is engaging and cool. I want to know if Conner is going to continue making criminal choices or if he is going to try and get out of this life. Tell me more!

I also want to know more about Blythe and her role in all of this as well. She is aware of the situation but might be a little bit naïve. But that may be because I don’t know much about her yet but a person who supports Conner’s decision is a curious mystery to me.

I think this is a great new series. Scout Comics have been giving us tons of engaging protagonists over the last year and Dancing with the Dragons #1 is no exception. This is a 4 out of 5 for me and I am looking forward to seeing where this series goes.

Dancing with the Dragon #1 gives us an engaging new protagonist who is desperate enough to go into a life of crime.