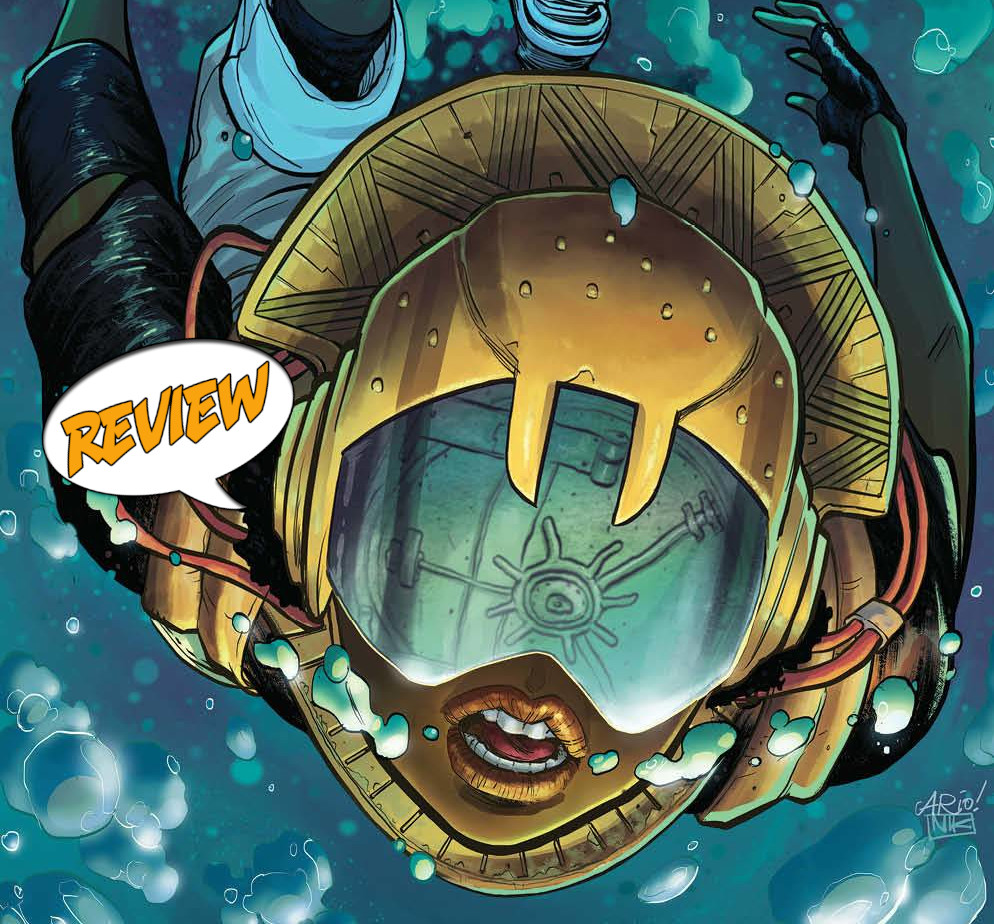 The story of Eve is at its last issue! Will she be able to restore the world and defeat the deadly virus or is humanity done as we know it? Find out in Eve #5 by BOOM! Studios!

Previously in Eve: Eve is humanity’s last hope, and she has travelled across the United States to find the Vault. Within it could be the secret to rehabilitating the planet. Along the way she has met Wexler, a robot programmed by her dad, and her “clone” sister. Now she is about to venture into the shoreline depths of Washington State before it is too late.

Eve #5 picks up with Eve swimming to the Vault. She accesses the Vault and realizes that it is a vehicle that she can use to cause plant life to grow at accelerated speeds. Wexler is sitting with the older Eve sister who is being affected by the virus and his programing isn’t processing her as Eve. Meanwhile Eve is united with a computer program of her mother and father who talk to her as she begins to fly this ship around the world. The trees can combat the virus and Wexler ended up taking care of the older clone of Eve. Meanwhile, younger Eve is able to contact the other survivors and create a new normal for them where they can live safe and strife.

Eve is a great story but I was a bit frustrated. This story has a lot of resolution and conclusion. The main conflict and tension seemed to be in the previous issue. There was an attempt to make Wexler an antagonist of sorts in Eve #5, but it wasn’t much of an obstacle for Eve. That means that this issue is going to read a lot better in a trade paperback then in these individual comics. If I had that whole story, then it doesn’t matter that we spent this last issue meeting Eve’s parents and seeing what happens to the world. But a single issue of a comic needs more than just a resolution. Especially because this is the series end, there is nothing to hook us into a new arc.

But when we take the series as a whole, Eve #5 is a great ending that resolves a lot of plot points. We see the redemption of Wexler and hope for the future. We got this warning to keep an eye out for climate change and a great protagonist that developed over the course of this story. With a great artistic team, this has been a solid series. Splendid work here!

Eve #5 has been a cool story featuring a protagonist doing everything she can to give the world a future. It has been a great ride and I recommend the trade paperback to everyone as soon as it is available. This individual issue is a 4 out of 5 from me but I am looking forward to seeing what Victor LaValle produces next.

Eve #5 provides a great ending to the series but falls a little short as a single issue.