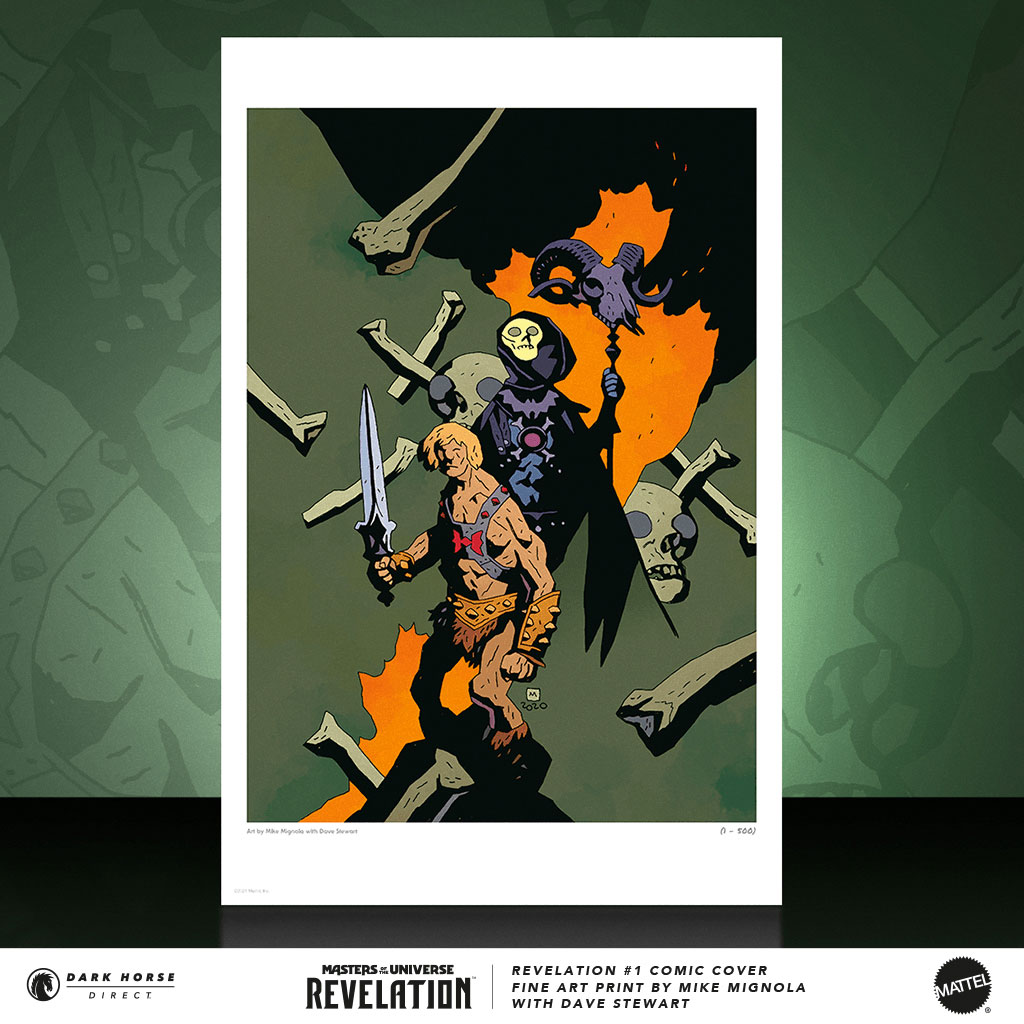 Printed on 11” x 17” archival paper, the first two prints of the line will be the Stjepan Sejic (He-Man: The Eternity War) and Mike Mignola (Hellboy) variant covers from Masters of the Universe: Revelation #1, the first of four comics released. These limited-edition, numbered prints will be printed to pre-orders, never to be reproduced, making them true collector’s pieces.

Pre-orders for the prints are open now and will close at 5:00PM PST September 13. Each print will retail for $39.99. We have the power!