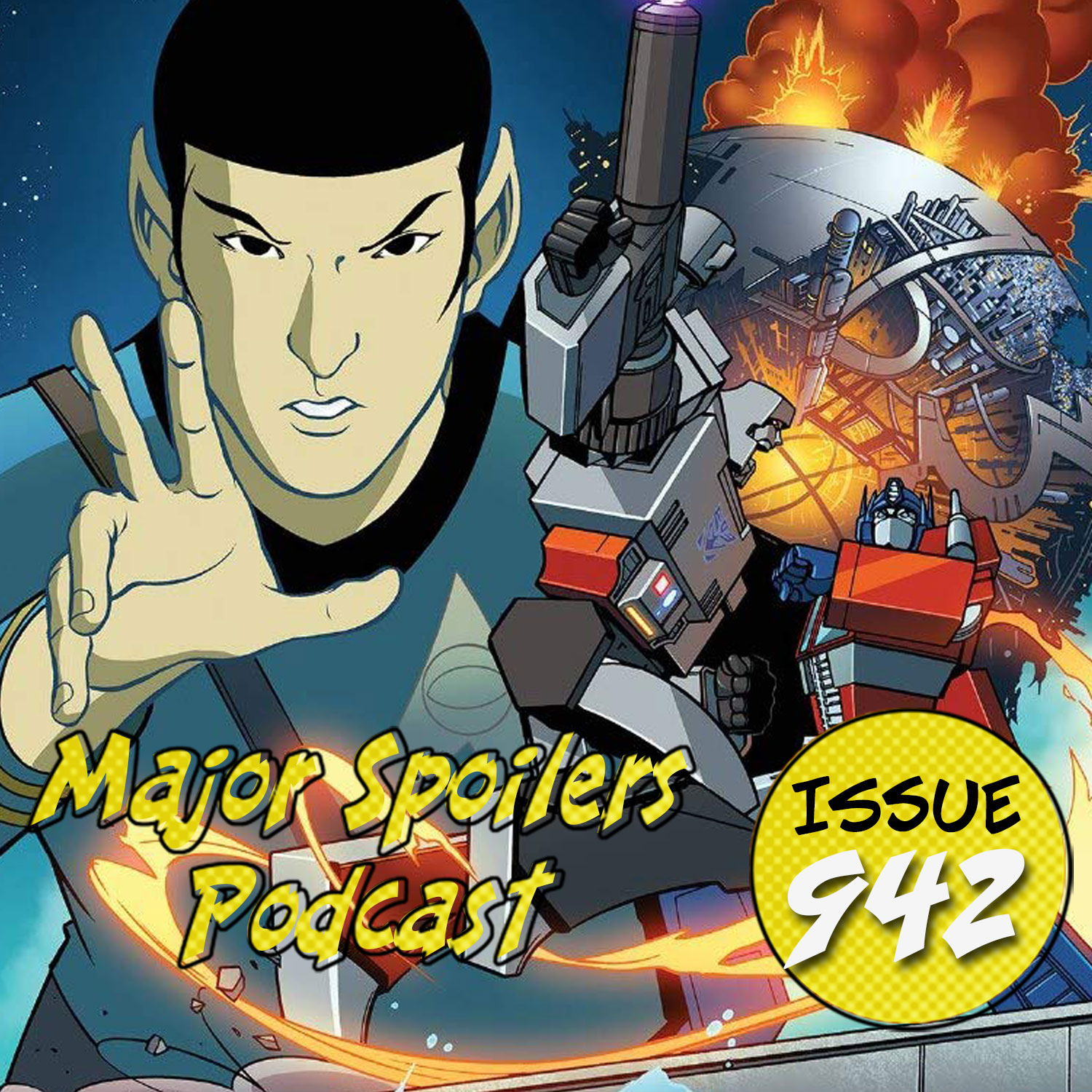 Star Trek! Transformers! It is a dream come true! or is it? We review Mazebook #1 and Savage Hearts #3 from Dark Horse Comics, and Sinister War #4 from Marvel Comics. Also, we discover the reason behind Rodrigo’s mysterious absence.

UPDATED: Marvel’s ” Shang-Chi and the Legend of the Ten Rings” capped off Labor Day weekend at the box office with a bang. The superhero action adventure, starring Canadian actor Simu Liu, had an even bigger debut than expected, collecting $94.4 million in its first four days of release and setting a new high watermark for the holiday weekend.

‘Venom: Let There Be Carnage’ Will Open in Theaters Earlier Than Expected

Sony has altered release plans for ” Venom: Let There Be Carnage ” for the fifth – and hopefully final – time. In a surprise move, the comic book adaptation, starring Tom Hardy as the journalist turned alien symbiote, will debut in theaters earlier than expected on Oct. 1.

HBO Max has ordered a pilot for a potential “Dead Boy Detectives” series, Variety has learned exclusively from sources. Based on the DC Comics characters created by Neil Gaiman, the one-hour series would follow the Dead Boy Detectives – Charles Rowland and Edwin Paine – who decided not to enter the afterlife in order to stay on earth and investigate crimes involving the supernatural.

STEPHEN
MAZEBOOK #1
Writer: Jeff Lemire
Artist: Jeff Lemire
Publisher: Dark Horse Comics
Cover Price: $5.99
Release Date: September 08, 2021
A lonely building inspector still grieving the loss of his puzzle-loving daughter receives a mysterious phone call one night from a girl claiming it’s her and that she’s trapped in the middle of a labyrinth. Convinced that this child is contacting him from beyond this world, he uses an unfinished maze from one of her journals and a map of the city to trace an intricate path through a different plane of reality on an intense and melancholy adventure to bring his daughter back home.

You can purchase this issue via the comiXology affiliate link (comixology.sjv.io/a1WMWb)

Things just got worse for Spider-Man. It didn’t seem possible, but it’s true. If you think you have seen Spider-Man take a beating, you haven’t seen anything this brutal.

You can purchase this issue via the comiXology affiliate link (comixology.sjv.io/JrmG3a)

You can purchase this issue via the comiXology affiliate link (comixology.sjv.io/ZdyOk1)

Star Trek vs. Transformers
Writer: John Barber, Mike Johnson
Artist: Philip Murphy, Jack Lawrence
Publisher: IDW Publishing
Cover Price: $17.99
When Kirk, Spock, and the entire crew of the U.S.S. Enterprise investigate problems at a remote mine, they’re met with an explosive battle between powerful warriors who change into vehicles from the 20th century! As the battle between the Autobots and Decepticons rages, it’s up to Kirk to decide–does he violate the Prime Directive and interfere in a war that’s raged for millennia? And how will the Klingons complicate the issue? It’s cartoony fun between two of the most popular science fiction franchises in the world!