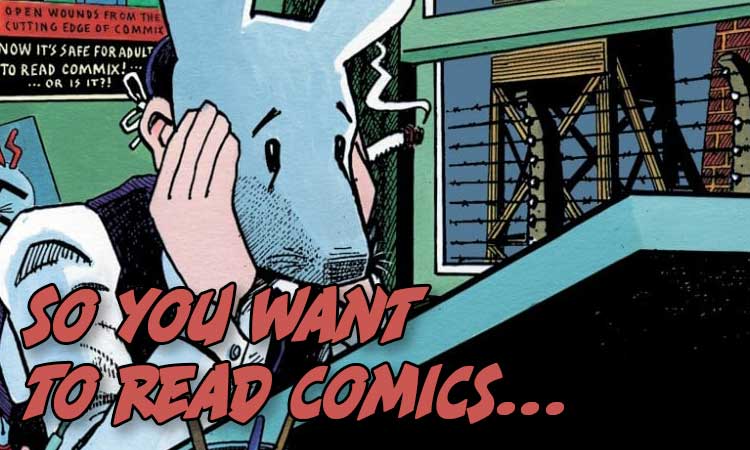 So You Want To Read Comics: Memoir Edition

By Jonathan Cadotte on September 6, 2021 0 Comments

Dust off your diary, it’s time for “So You Want To Read Comics” our weekly feature where we take a look at a single topic and then offer a pair of comic book recommendations, perfect for new readers, based on that topic.  This week we’re getting personal and taking a look at memoirs.

In case you weren’t aware, a memoir is a recounting of past events by the person who experienced them.  While they are autobiographical in nature, they do differ from autobiographies in that they tend to deal more with the sentimentality of the situation, the emotions that remembering events conjure up, and often times are smaller in scale; focusing on a specific section of time. Memoirs often allow us as readers and consumers to connect with the person telling the story not just through a knowledge of the events that happened, but a deeper understanding of what that person felt while going through it. Memoirs have appeared all over our entertainment landscape.  Books like Eat, Pray, Love and Fear and Loathing In Las Vegas, movies like… Eat, Pray, Love and Fear and Loathing in Las Vegas, are a couple of wildly popular memoirs.  But what about comic books?

Memoirs actually account for some of the best regarded and bestselling comic books of all time.  So, this week the recommendations are a couple of heavy hitters in the comic book world.

When it comes to “best of” lists with comic books and graphic novels there’s two titles you will almost always see near the top.  One of those is Watchmen, the other is Maus.  This graphic novel is almost two memoirs wrapped into one.  One being the author Art, going to his father who he’s been estranged from and the other his father recounting his time in The Holocaust.  It’s in the memories of The Holocaust where we see this graphic novel at its most heartbreaking, powerful, devastating, and where the potential of sequential art as a medium is truly realized. All the characters are portrayed as anthropomorphic animals, with each type of animal being representative of a different group or nationality of people.  It’s this visual shorthand that creates a visceral reaction that just isn’t as easily attained in other formats, it also gives the narrator of this story a realistic and flawed persona.  While being the victim of horrific abuses, he also holds certain prejudices.  As stereotypical as this sounds, this is a must-read not only for fans of memoirs but of graphic novels as a whole.

Another perennial resident on many “best of” lists.  Blankets tells the story of the author as he grows up in a devoutly Christian household.  This time period includes him beginning to question his faith, his first love, his relationship with his brother, and the general unease that a person feels as they grapple with large concepts at such a young age.  While at times we diminish the impact of these moments from our own adolescence, in Blankets they still carry an edge and you feel them cut into you with every passing panel.  What seems to set this particular memoir apart from others that deal with similar subject matter (and there are plenty) is that a lot of the themes, especially concerning faith and religion are handled with a warm touch as opposed to a disparaging or bitter one.  Thompson’s issues with faith come from a true place of wanting answers and not necessarily out of anger, although there are plenty of things portrayed in this book for him to be angry about.  The decision to make this memoir a graphic novel truly does the story a massive service.  The art here does a lot to portray the somewhat skewed but not inaccurate way that people view their world as they age and experience.