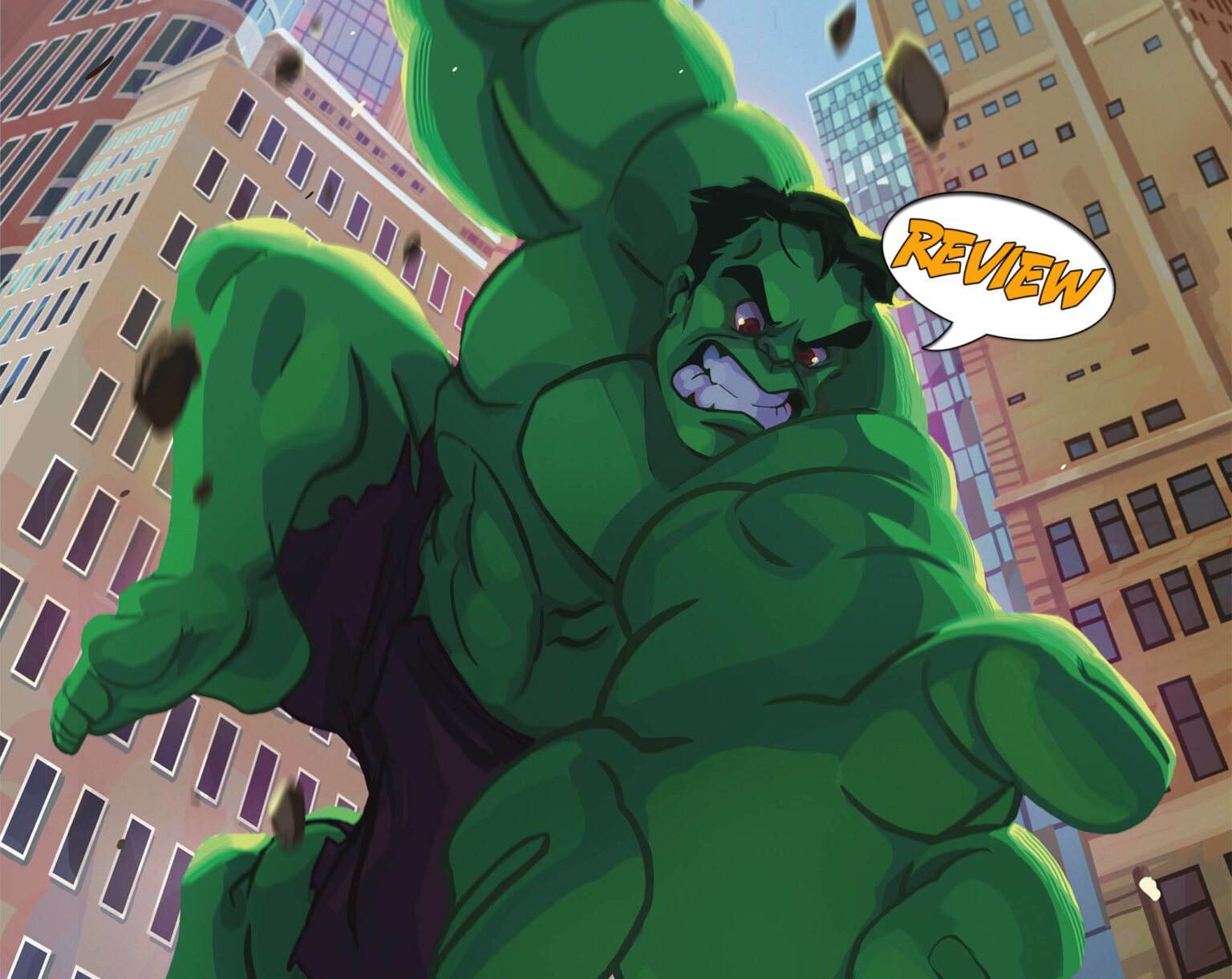 Check out the origins of Venom and Hulk retold for a younger audience in Marvel Action: Origins #3 by IDW Publishing! Previously in Marvel Action: Marvel Action is IDW Publishing line where they take Marvel characters and tell stories that are designed for a younger audience. In this title, we see the origin of Bruce Banner and his transformation to the Hulk as well as how Eddie got the Venom symbiote!

Marvel Action: Origins #3 begins with Bruce Banner testing his gamma bomb for General Ross but notices someone in the testing grounds. He runs out to defend this kid, named Rick, and exposes himself to gamma radiation. After he is recovered, he turns into the Hulk and runs off. Luckily, he is found by Rick who brings him back to the base. Thunderbolt Ross is having a fit which angers Bruce to turn back to the Hulk! We then get a brief montage about him running from Ross with Rick, falling in love with Betty, and eventually joining the Avengers!

The next story takes the perspective of the symbiote. Peter Parker taught the symbiote how to protect the innocent. When Peter abandoned the suit, he developed a grudge and bonded with another person who had the same grudge, Eddie Brock. Together, they go after Spider-Man and lost. When they escaped from jail, they found themselves following Peter’s original lesson, protect the innocent. Now Venom is a hero who fights alongside Spider-Man, not just a super-villain.

FOR THE YOUNG READER

Superheroes are hot in media now but a lot of the content inaccessible to kids. Having a great introduction comic like Marvel Action: Origins acts as a gateway to both comics and the Marvel Cinematic Universe. Marvel Action: Origins #3 simplifies two characters origins in a way that I feel comfortable showing my daughter when she eventually shows interest in comics. There is no extra complexity. We are not trying to show Venom’s deadly acts but rather focusing on the redemption of him. Which are important lessons to learn at a young age. Even for some of us veteran comic book readers, we can appreciate the writing here as a reminder about what the core of these characters are all about. That and the art style is solid and really does a good job exaggerating facial expressions to make sure they get the message across to a young reader.

Marvel Action: Origins #3 is a great comic book for a younger audience where even an older reader can appreciate it. Sometimes, you just want an easier read where the X-Men isn’t investigating if Magneto killed his daughter or if the world is ending due to an EMP portal. This is just a good comic book bubble read for you. 4.5 out 5 stars for this comic and a high recommendation from me.

Marvel Action: Origins #3 is a great comic to gift to a comic book fan to share with their children.