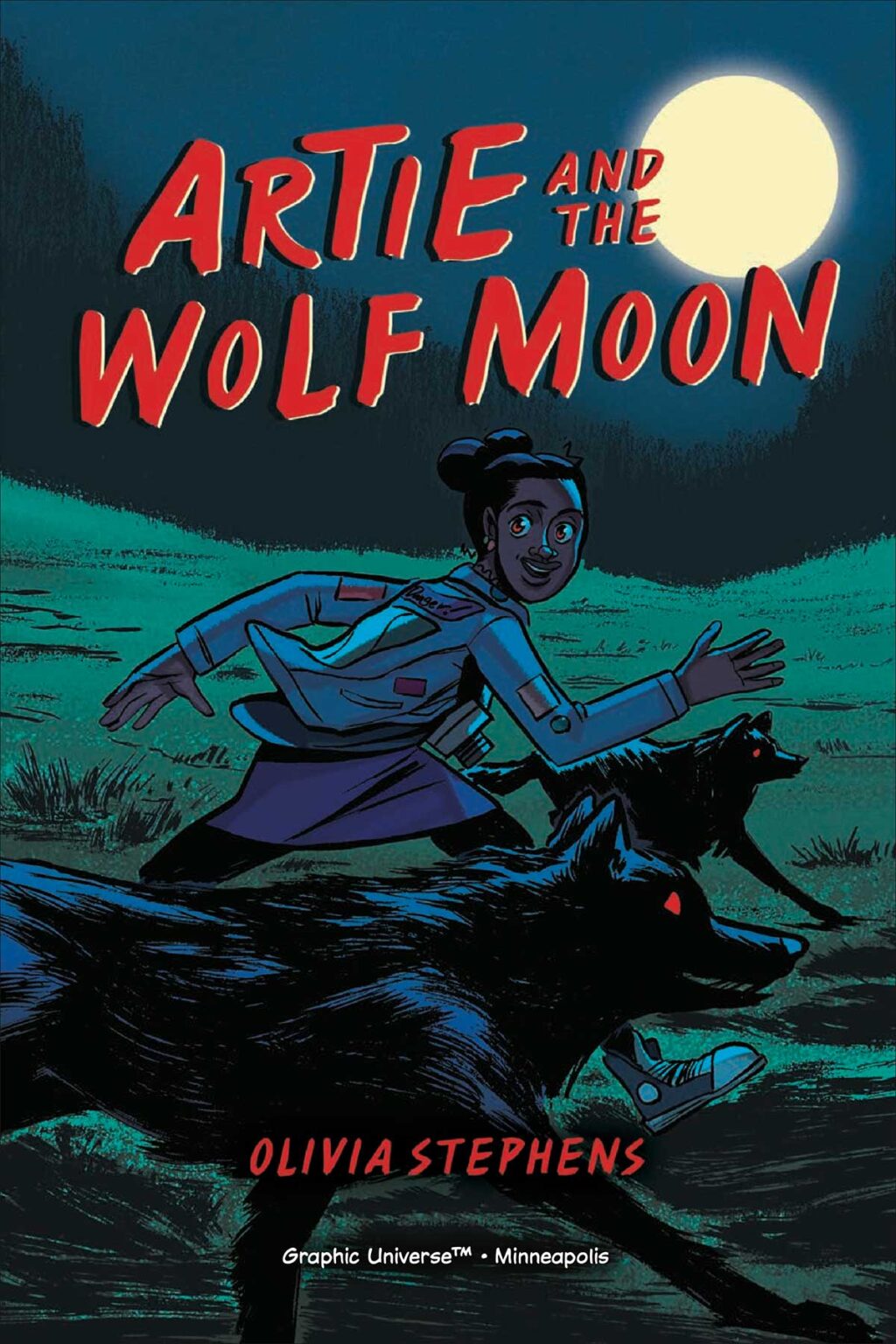 This September Graphic Universe, an imprint of Lerner Publishing Group, will publish Olivia Stephens’s eagerly awaited YA graphic novel debut Artie and the Wolf Moon. A graduate of the Rhode Island School of Design, Stephens has created a timely and original take on werewolf lore, one that celebrates the importance of community and the joy of family, no matter how unusual those family members might be. Published just in time for Halloween, Graphic Universe is introducing a major new cartoonist, with a book that is fun, playful, heartfelt, and just right for the spooky season.

In Artie and the Wolf Moon, Artie Irvin discovers her family’s past is full of secrets. After sneaking out against her mother’s wishes, Artie spots a massive wolf—then watches it don a bathrobe and transform into her mom. Thrilled to discover she comes from a line of werewolves, Artie asks her mom to share everything—including the story of Artie’s late father. Her mom reluctantly agrees. After finding a new community, Artie thrives and even develops a crush on her new friend, Maya. But the more she learns the history of werewolves and her own parents’ past, she discovers that wolves aren’t the scariest thing in the woods…

Graphic Universe will publish Olivia Stephens’s Artie and the Wolf Moon on September 7, 2021.