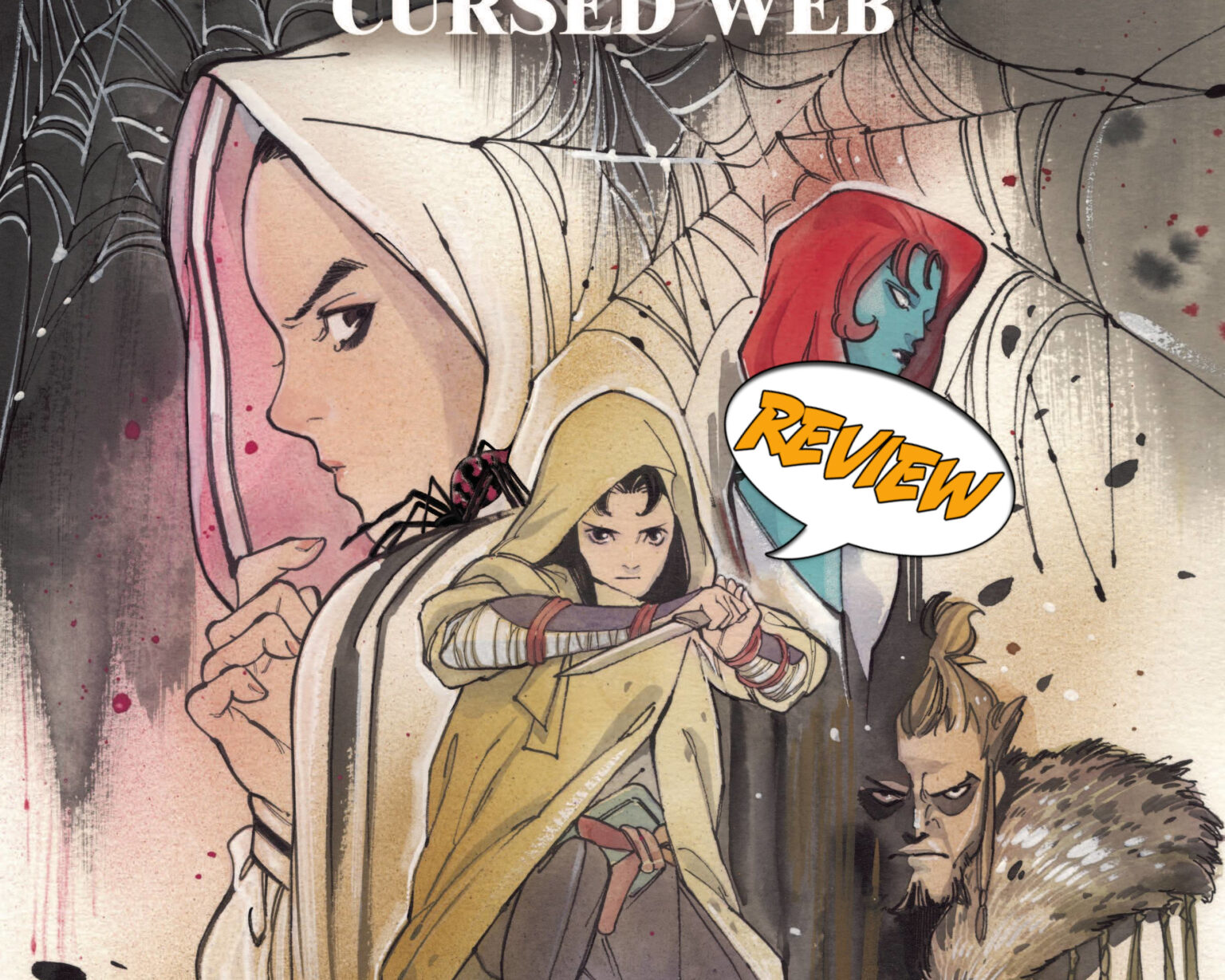 Come check out your favorite Marvel characters reimagined! Mariko heads to Ogin to see if she can learn the truth about her past. Find out what she discovers in Demon Days: Cursed Web #1 by Marvel Comics!

Previously in Demon Days: Mariko learns her dark secret, she is actually a child of an Oni. She was found in the woods next to her mother’s body and was raised by an old medicine woman. Their maid, Kuroki, a reimagined Black Widow, was a spy working for an Oni named Ogin. Ogin wants Moriko for her blood, but Kuroki decided to save Mariko and ended up Ogin’s prisoner. Now Mariko is armed with her mother’s tanto knife and red jaw armor and ventures to find Ogin at Kirisaki Mountain.

Demon Days: Cursed Web #1 shows Mariko traveling to Kirisaki mountain before she is suddenly ambushed by two of Ogin’s agents. These people are a reimagining of Sabretooth and Mystique. Grabbed by Sabretooth, Mariko looks like she is about to faint but is saved by a wolf named Logan. Mariko then unleashes some of her hidden ability and is able to blind and kill Sabretooth causing Mystique to retreat. Mariko is found in the woods by a young girl, Reina, who is looking for revenge and has a liking for spiders.

After they talk for a bit, Mystique returns looking like Kuroki. However, Reina sees through Mystique’s deception and another fight ensues. Reina wants to kill Mystique for revenge my Mariko intervenes and ends up killing her itself. Mariko then drinks Mystique’s blood to gain her powers.

There is no question that Peach Momoko is a great artist. Her characters and style are wholly unique, and I love her creative decisions for this story. But I struggled with the writing of Demon Days: Cursed Web #1. The ideas are really solid but the dialogue and pacing really had me struggling with the plot. At one moment we are in a fight then next page Mariko meets Reina. Then suddenly we are back in the fight before we have had time to process the information given. Which is such a shame because the overarching ideas are amazing.

Take Mariko for example. She is such a complex character that is going through a difficult time. I am watching her try not to kill Mystique but then suddenly choosing to drink her blood. This turmoil makes sense, but it isn’t presented well on the page. I wonder a bit if this is because of the English writing. It seems that Zack Davisson is in charge of the English adaption and dialogue and Peach Momoko’s original intention might be a bit lost.

This is not a bad comic book but I know that this book could be stronger with a tighter script. I wish there was more clarification on the names of these characters and a clearer indication if Reina is supposed to represent Spider-Gwen or a different character. Regardless, I’m giving this book a 4 out of 5. Great art, good ideas, and a unique take on the Marvel Universe.

Thanks for the review! But as always, I remind you that DEMON DAYS is not a translation. There is no Japanese original.

Demon Days: Cursed Web #1 has some really great ideas that get a little lost in translation.