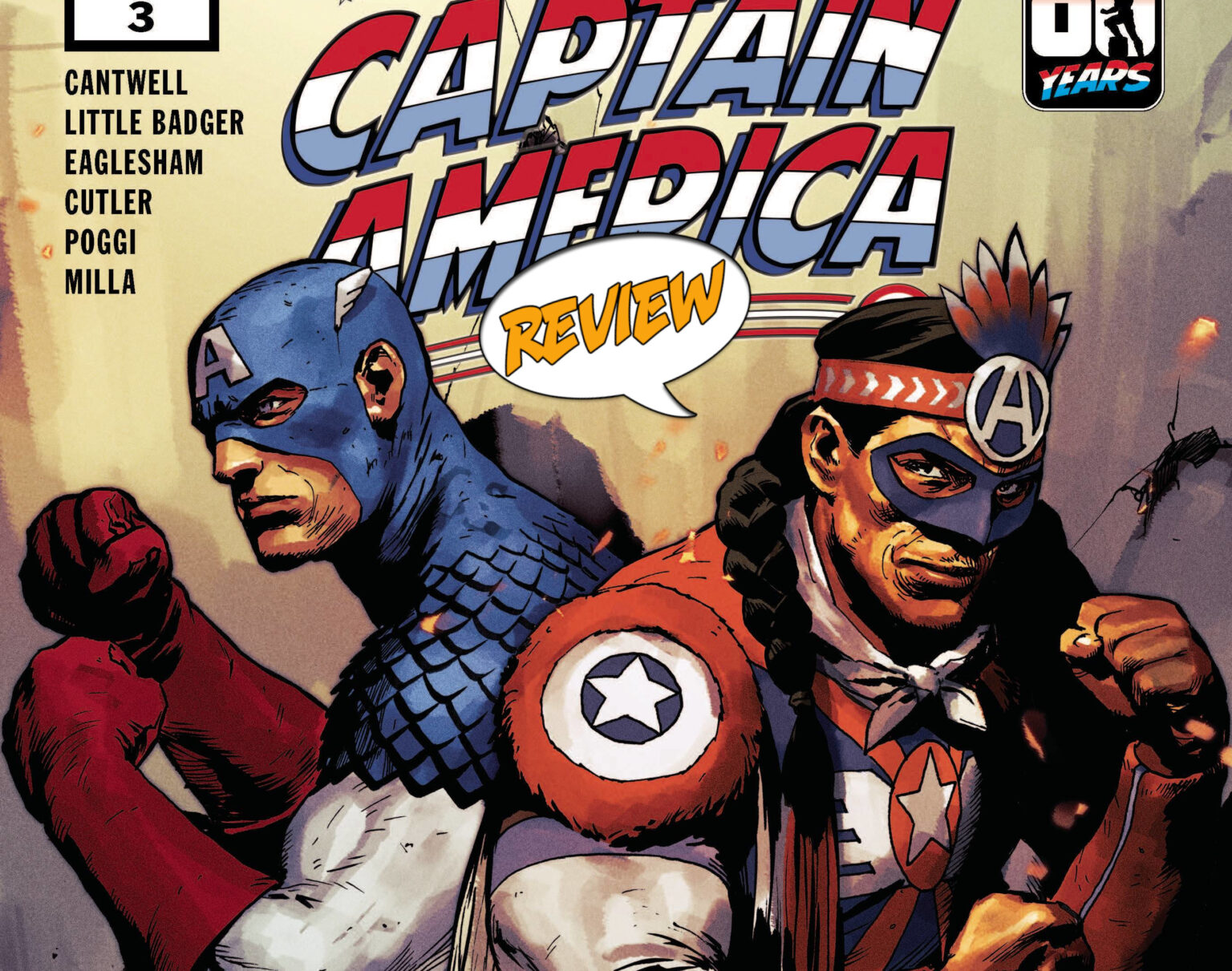 Meet Joe Gomez, another Captain America in the Captains Network! Will he be able to stop Speed Demon and Sin? Find out in The United States of Captain America #3 by Marvel Comics!

THE UNITED STATES OF CAPTAIN AMERICA #3 (OF 5)

The United States of Captain America #3 starts with Steve Rodgers and Sam Wilson not being able to catch up with the speedy Captain American imposter. At this moment, they figure out that the man is Speed Demon. Luckily, they know his next target: Joe Gomez, a Captain America on the Kickapoo Reservation. They arrive to meet Joe, a nice guy who acts as a handyman to his community. Together they realize that Speed Demon and his accomplice are going to target a school. They suit up and realize that the target may actually be governor Canidate Prescott, who is of Native American descent. As they are talking, they are ambushed by the sharpshooter. During the fight, Captain American realizes that she is Sinthea Schmidt before all three Captain Americas are knocked out.

When they recover, Joe is very injured but still heads to a rally for Canidate Prescott. In the crowd, Speed Demon throws the shield at Prescott, but Bucky Barnes shows up to deflect the attack. Everyone rushes to try and catch Speed Demon but are unable to stop his escape. The next day, Prescott announces that he is withdrawing his candidacy as governor.

The United States of Captain America series has been such a joy and gives emphasis that Captain America is for the people and not the government. Every time we meet a new Captain America, I am excited. I am excited to see who this person represents and what it could mean to people. Which is incredibly important message to give. I also enjoy the fact that the enemy is trying to destroy the symbol of this story. I think about Prescott withdrawing from the race and what that symbolizes in the story. The threat of death was enough to influence that decision while we see Joe risk his life and well-being. Great ideas here.

I would be missing an opportunity to talk about Joe’s perspective on government and Captain America. He mentions sometimes that he felt betrayed by the promises he was given. I don’t want to talk for people with this experience, but I am saddened that this is the truth for some people.

I love when a book makes you think and provides social commentary. The United States of Captain America #3 does that with style and flair. I want to know more about who they are going to introduce next, and I am happy to see Bucky in action. This comic is a 4 out of 5 from me. Great work and a great middle issue.

The United States of Captain America #3

The United States of Captain America #3 gives us insights to cultures that represent America but many people do not see.