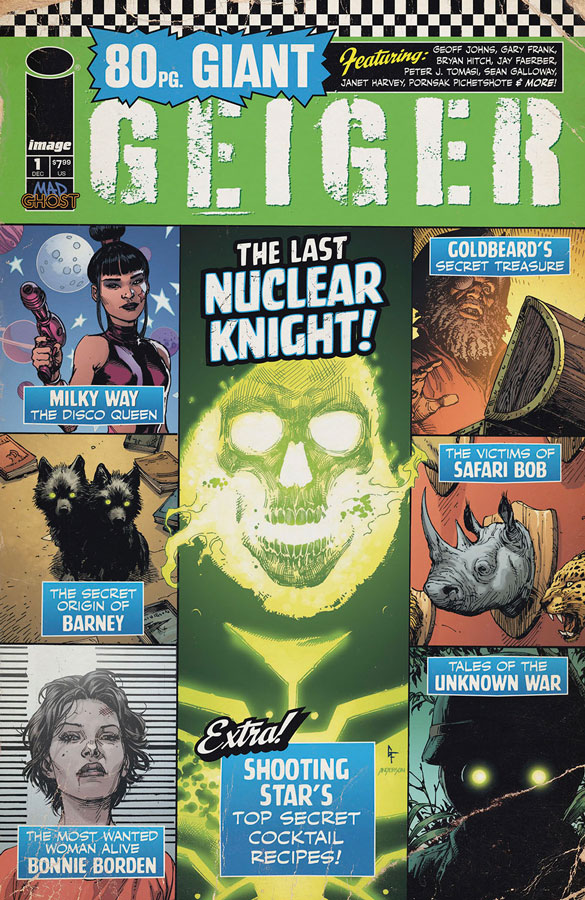 “A really cool bonus to working on the original Geiger series was getting to see the interpretations of some of our favourite artists on the variant covers,” said Frank. “Now we get the thrill of seeing other artists AND writers bringing these characters to life in new and wonderful ways!”

Johns added: “The greatest thing about comic books are the friends you get to work with and this book is full of them.”

First, in an extra-sized lead story, Geoff Johns and Bryan Hitch introduce the mysterious man known as Redcoat and reveal his bizarre ties to the American Revolution, the Unknown War, and Geiger himself.

Then, discover the secrets of the Warlords of Las Vegas—Bonnie Borden! Goldbeard! Mr. Karloff! And more!—in a series of tales written and drawn by some of the greatest writers and artists today.

Plus, readers will learn the special origin of Geiger’s favorite two-headed dog, Barney, and get a sneak peek at Johns and Frank’s new upcoming series: Junkyard Joe.

Geiger 80-Page Giant #1 will be available at comic book shops on Wednesday, November 24:

Geiger 80-Page Giant #1 will also be available for purchase across many digital platforms, including Amazon Kindle, Apple Books, comiXology, and Google Play.