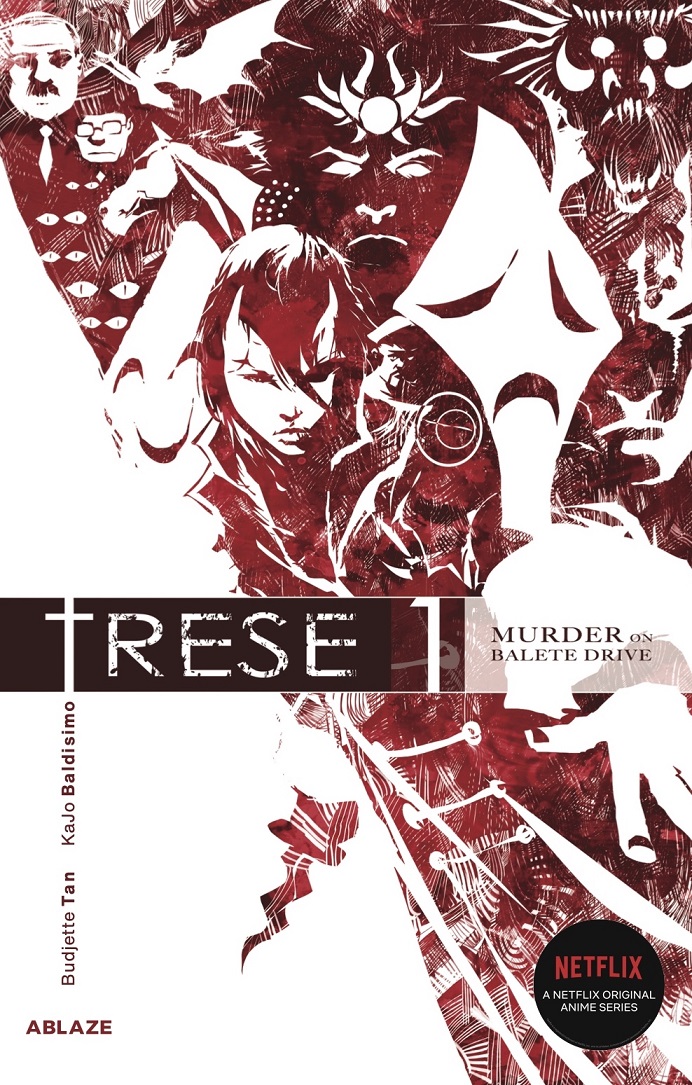 Trese, the Bestselling Graphic Novel series from ABLAZE Publishing, is now licensed with the following:

Trese is set in a Manila where the mythical creatures of Filipino folklore live in hiding amongst humans and follows the heroine, Alexandra Trese, as she battles with a criminal underworld run by malevolent supernatural beings.

Seven volumes of the comic have so far been released in the Philippines and are now being steadily republished worldwide by ABLAZE.

The property has become even more popular this year since the hit Season One Anime series started streaming on Netflix in July.