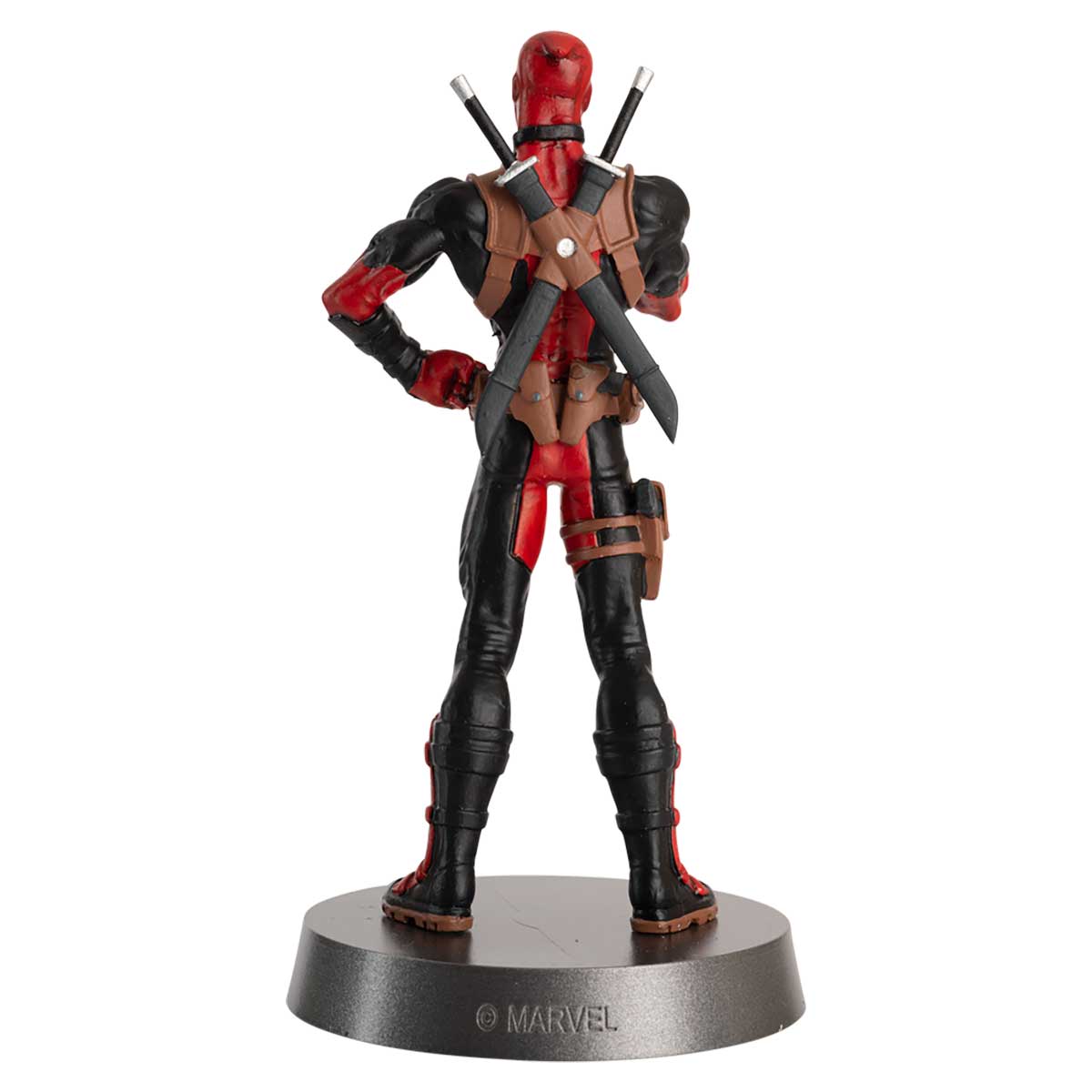 Hero Collector, designers of high-quality collectibles from across the worlds of pop culture, is adding a new line to its “Heavyweights” range of 1:18 scale metal statuettes: Deadpool!

These hand-painted models showcase Wade Wilson, a.k.a. Deadpool, in costumes and poses straight from the comics, all in full cast metal. Each highly-detailed figurine stands roughly 4-5 inches tall atop a weighted metal base, making them the perfect addition to any collectors’ shelf – and can be stored in a stylish collector’s tin decorated with art from the comics!

The first wave in the Deadpool Heavyweights collection features:

Fans and collectors should stay tuned for further details, including the reveal of more statuettes and props based on Marvel Comics and the Marvel Cinematic Universe!