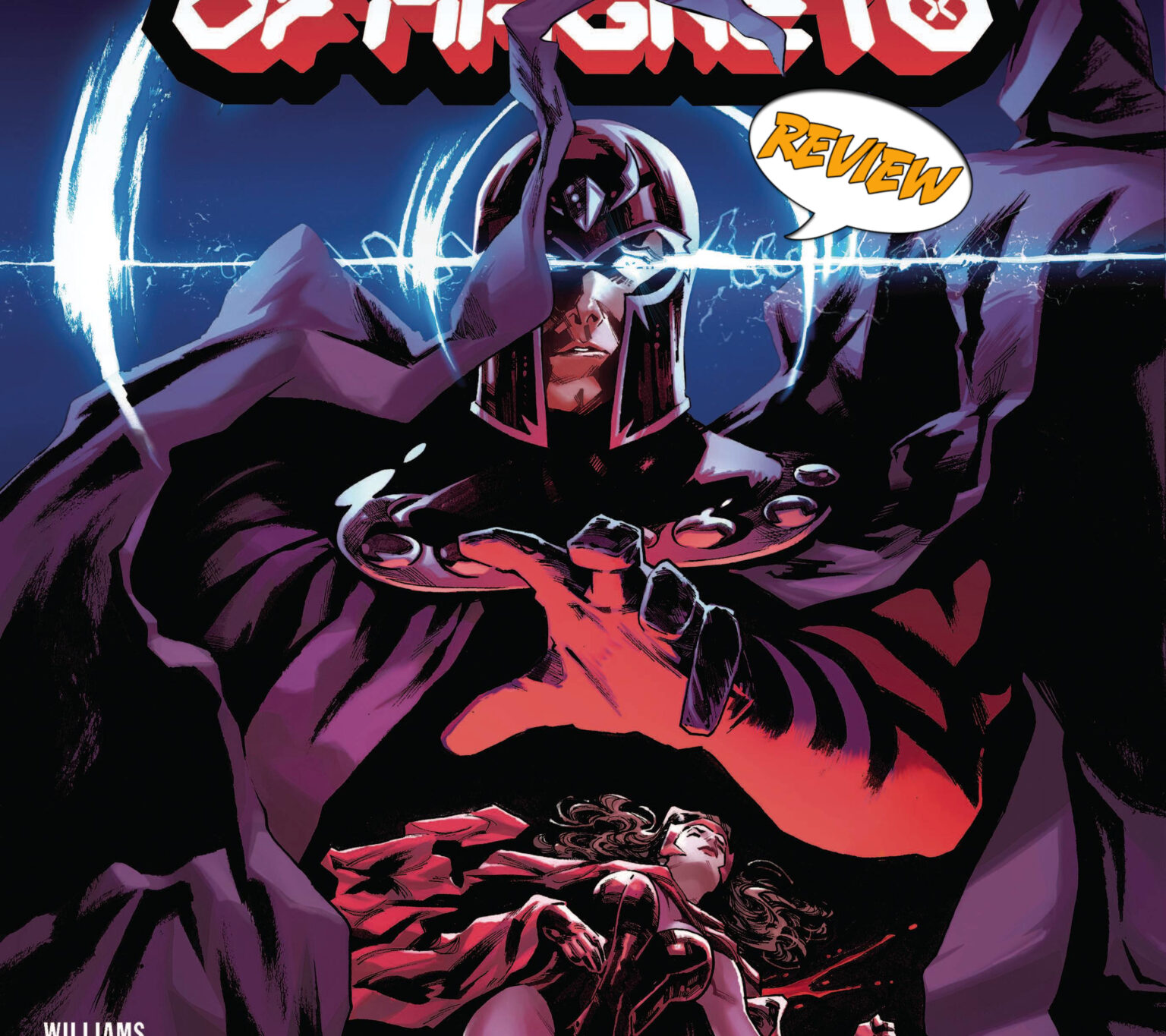 The Hellfire Gala shows the world the power of Krakoa but the night ended with a murder. X-Factor is here to investigate the death of the Scarlet Witch! Find out more in X-Men: The Trial of Magneto #1 by Marvel Comics!

X-MEN: THE TRIAL OF MAGNETO #1

Previously in X-Men: The mutant nation has been able to do many astonishing feats. The latest one was terraforming Mars to becoming the planet Arakko! Unfortunately, Wanda Maximoff was murdered, and Magneto is nowhere to be seen. Now X-Factor is here to figure out exactly what happened and who could be responsible for such a heinous crime!

X-Men: The Trial of Magneto #1 starts with X-Factor investigating the crime scene and the body of Scarlet Witch. They are watched by X-Men and X-Force to make sure that the investigation and autopsy goes smoothly. The killer never touched Wanda directly and she struggled to breathe. She has blood on her, entirely her own, and had something metal holding her hands. The way she was killed shows that the murderer had affection for her. This leads to only one suspect, Magneto.

Meanwhile, the Quiet Council is debating whether they will resurrect Wanda. Magneto acts a little bit suspicious and ultimately the Council plans to keep Scarlet Witch dead. Magneto leaves the meeting to people celebrating Wanda’s death. As he is walking, he is stopped by the full force of the X-Men, X-Force, and X-Factor and Magneto struggled to fight everyone at once. However, the fight decisive ends when Quicksilver arrives and beats Magneto to an inch of his life. Max Eisenhart is in a coma, and the mutants decide what their next move is. Wanda, however, seems to be in a place in between life and death. She acknowledges that she has died but she is not quite dead, and she spends the time to grieve for herself.

I was very shocked and sad to read X-Men: The Trial of Magneto #1. Everyone had to manage their own grief in various ways. Speed looked for comfort while Magneto reverted to his old threatening ways in the Quiet Council. One of the best scenes is Pietro reuniting with the Brotherhood of Mutants and sharing a drink with them in Wanda’s honor. What an excellent moment between old friends who once worked with Magneto. That and Polaris finally stood up to her father about the emotional abuse she endured. This culmination of emotion mixed with matter-of-fact investigation made for an excellent comic that featured all forms of grief.

I do not believe that Magneto killed Wanda. I think the evidence is a little too convenient and the dance they shared in the Hellfire Gala implied healthy repairing of their relationship. This could either go in two ways, it could be that Magneto is an even worse person then we realized, or he is being framed. I lean towards the latter, but I’m not sure what the creative team will do. I also want to know if this will be the first real division between mutants. The X-Men have returned to New York but maybe this will see the return of Magneto’s Brotherhood. I’m ecstatic to find out.

BOTTOM LINE: ON THE EDGE OF MY SEAT

X-Men: The Trial of Magneto #1 was a flurry of emotion. Watching people deal with their grief in such a raw way is never easy to see, even among fictional characters. I am so excited to see what happens next. 4.5 out of 5 from me for this comic! The art and writing are extremely well done. The word choice is powerful, and you can see the emotion on their faces. Great work!

X-Men: The Trial of Magneto #1

X-Men: The Trial of Magneto #1 explores many types of grief as we explore the consequence of the Scarlet Witch's death.