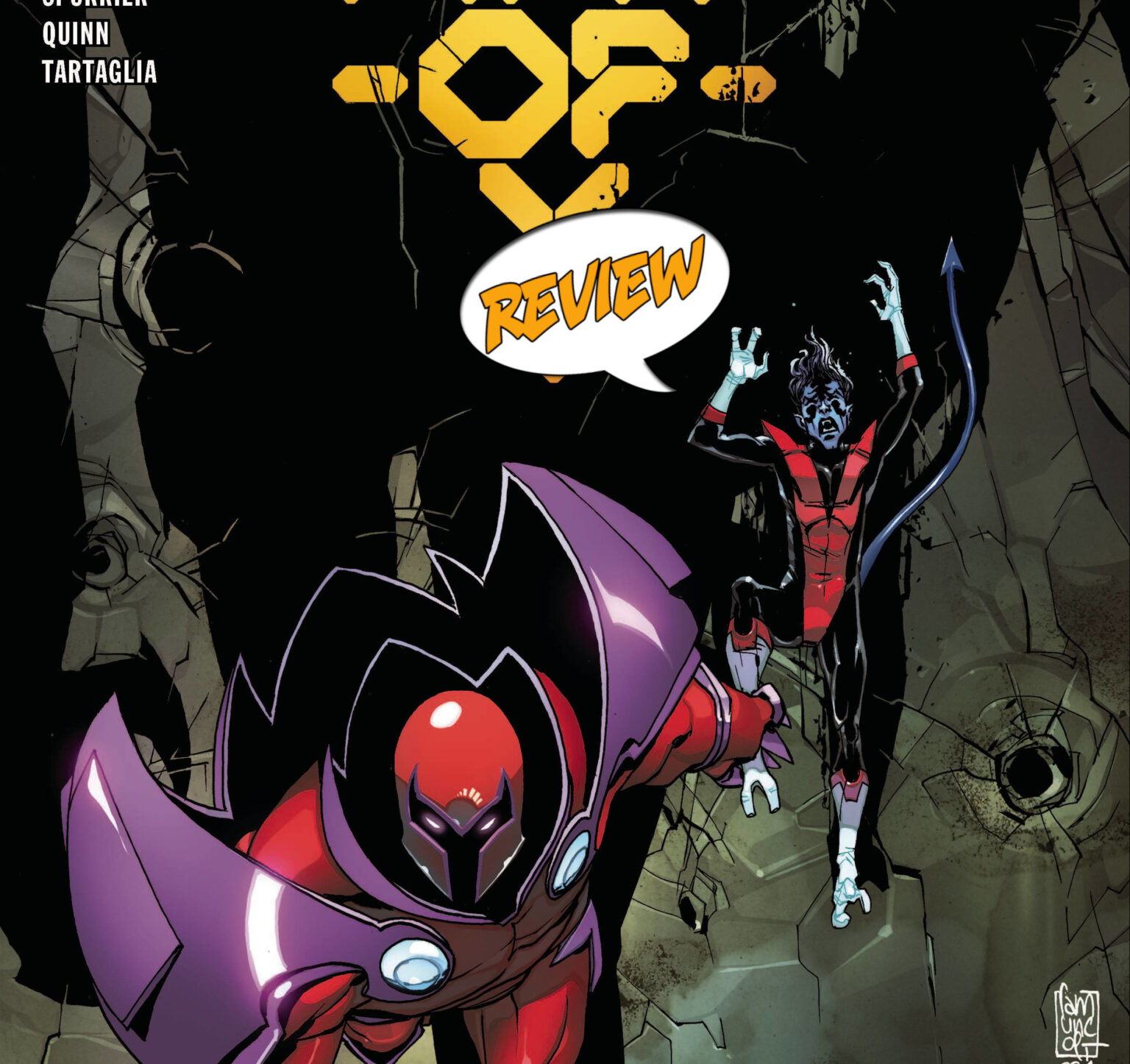 Nightcrawler is trying to give Krakoa a new sense of purpose. But how can he unite the new mutant nation with Onslaught muddling their minds? Find out in Way of X #5 by Marvel Comics!

Previously in Way of X: Nightcrawler has been tasked with trying to create a new religion in a nation where they can resurrect the dead. As he struggles with coming to terms with his own catholic beliefs, he finds himself working with Legion. Legion notices that there is something within the minds of mutants, Onslaught. Now as Nightcrawler tries to come to terms with his new religious laws, he must help Legion fight off Onslaught before the mutant nation destroys itself.

Way of X #5 begins with Professor X being resurrected and he believes that Legion is to blame for his death. He heads to Arakko and begins to criticize Legion while Legion is trying to communicate with Nightcrawler. Legion informs Nightcrawler that Onslaught has an anchor somewhere and that they must find it without being like Professor X, who has a history of brushing aside people’s trauma. Legion announces that he thinks that the resurrection process is how Onslaught is getting powerful. Nightcrawler though, is dealing with a fight between Lost and Fabian Cortez. Fabian has done terrible things to Lost and Lost is out for revenge. Nightcrawler gets angry and teleports them up into the air. Saying that have to work it out or they will fall to their deaths.

Fabian sucks up his pride and confesses to Lost what he did but before Lost could return the settlement, Onslaught took over Fabian and uses him to kill Lost. On top of that Phobos, a moon, is falling from the sky. Nightcrawler asks Fabian to boost him so he can teleport the moon elsewhere and in turn Fabian becomes the first convert to Nightcrawler’s religion. With his powers boosted, Nightcrawler realizes how to defeat Onslaught and tells Fabian to tell him after he is resurrected and goes off to save Arakko. When he returns to life, Nightcrawler is informed that Fabian’s mind could not handle the power he used and will not be resurrected immediately.

I was on the edge of my seat during all three of my reads of Way of X #5. Watching Krakoa become a dystopia with Nightcrawler and Legion trying to stop it is an incredibly engaging. And we are finally seeing the consequence of resurrection. I’m unsure what the end of this story is going to be, but I think it is going to show the Marvel world that Krakoa isn’t perfect. With that plot point, I am excited about the new stuff that is bound to come forward now.

I liked that Way of X #5 focused on Fabian’s repentance. That he ended up doing the right thing despite being a selfish man. The look on his face as he realizes he killed Lost and when he realized that he had to be better. It was a great moment and I anticipate that we will see similar actions from other mutants as they strive to beat Onslaught. It seems that the moment of trying to be better is the key to defeating him and that is a thrilling premise. And I think that really shines a light on Nightcrawler as a character for being able to bring that out of Fabian Cortez and Legion. Great work from the entirety of the creative team to tell a complicated plot in an accessible way.

I really enjoyed Way of X #5. The entire run has been Nightcrawler going through a philosophical journey as he tries to become a religious leader. Then you place him with a great cast of characters that shine a light on his doubts. I don’t know if Way of X is going to be for everyone, but it hits all the right beats for me. Great work here and a 5 out of 5.

Way of X #5 changes Nightcrawler from a doubter to a religious leader in an engaging and exciting way.