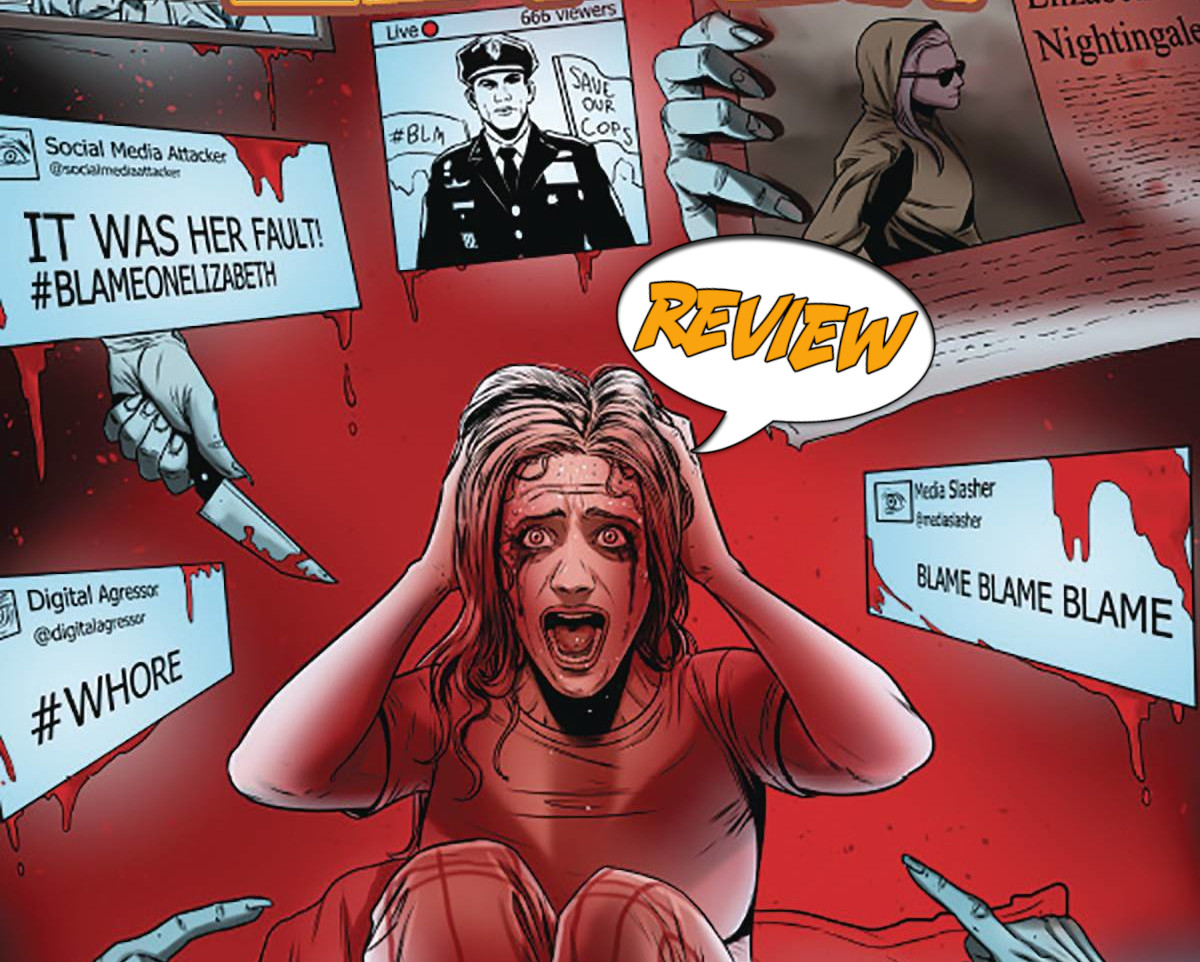 Zion Cotton, a black police officer, shot an unarmed white woman and threw the Cotton family into turmoil. Check out this role reversal of race relations in Black Cotton #4 by Scout Comics! Previously in Black Cotton: Zion Cotton shot and nearly killed Elizabeth Nightingale and caused the world to explore race relations. Can someone take down a rich black family? Or will Zion go to jail for firing on an unarmed civilian. Meanwhile, Zion’s brother, Xavier, is trying to figure out his place as he realizes the privilege he has by being black.

Black Cotton #4 starts with Xavier Cotton talking to his girlfriend on video chat before school. He reads an article Elizabeth being a lady of questionable ethics for having low grades and going to parties. The Cotton family is trying to justify the shooting by making Elizabeth the bad guy. Meanwhile, Elizabeth visits her boyfriend who claims things have changed since she has been shot. Her boyfriend, Gary, blamed her for being a victim of the situation and she leaves angry and in tears.

At the high school, Xavier is mocked because of the actions of his family but takes solace in the fact that his girlfriend understands. In contrast, when Elizabeth comes home, he finds her parents arguing about taking the settlement agreement from the Cottons, which would allow Zion to go free. Elizabeth, overwhelmed by the slander and the constant arguments run up to her room to cry.

I sat down and thought about Black Cotton #4 very hard after I read it. I pondered if I would feel as sympathetic for Elizabeth if she was black and reflected on those implications. Was the creator’s intention to make her white because it would draw more sympathy towards her? What a stroke of genius if that is the case. Regardless, I concluded that she is the victim of a gunshot regardless of the color of her skin. The comic gives me something to think about that pertains to a very real issue and I am glad that someone had the guts to write about it and that Scout Comics had the guts to publish it. Patrick and Brian have earned my respect.

I think the theme that stuck out most with me this issue is consequences. Elizabeth is suffering the consequences of her past actions and the consequences of being shot. Meanwhile, it seems that the Cotton family is going to get out of this with just a minor stain in their reputation. This is quite an interesting dynamic because the people who are around Xavier seem to side with Elizabeth, but Elizabeth’s boyfriend proved to be a jerk. This parallel makes me want to see both characters at the same time in the same place. Great work here.

Lastly, I really enjoy the black and white art. The main characters go from looking black and white based on the shadow Marco chooses to cast on them. This means that we have to be able to tell the characters apart is by facial structure consistency. And I think this is done tremendously well.

I find myself on the edge of my seat because I don’t know how Black Cotton is going to end. Will Elizabeth become a scapegoat, or will she get the justice she deserves? I do not know but I am excited to pick up the next couple of issues and find out. Black Cotton #4 is a 5 out of 5 for me. Best issue in the series thus far.

Black Cotton #4 has us questioning the consequences of our actions and how people in power have the ability to ignore those consequences.