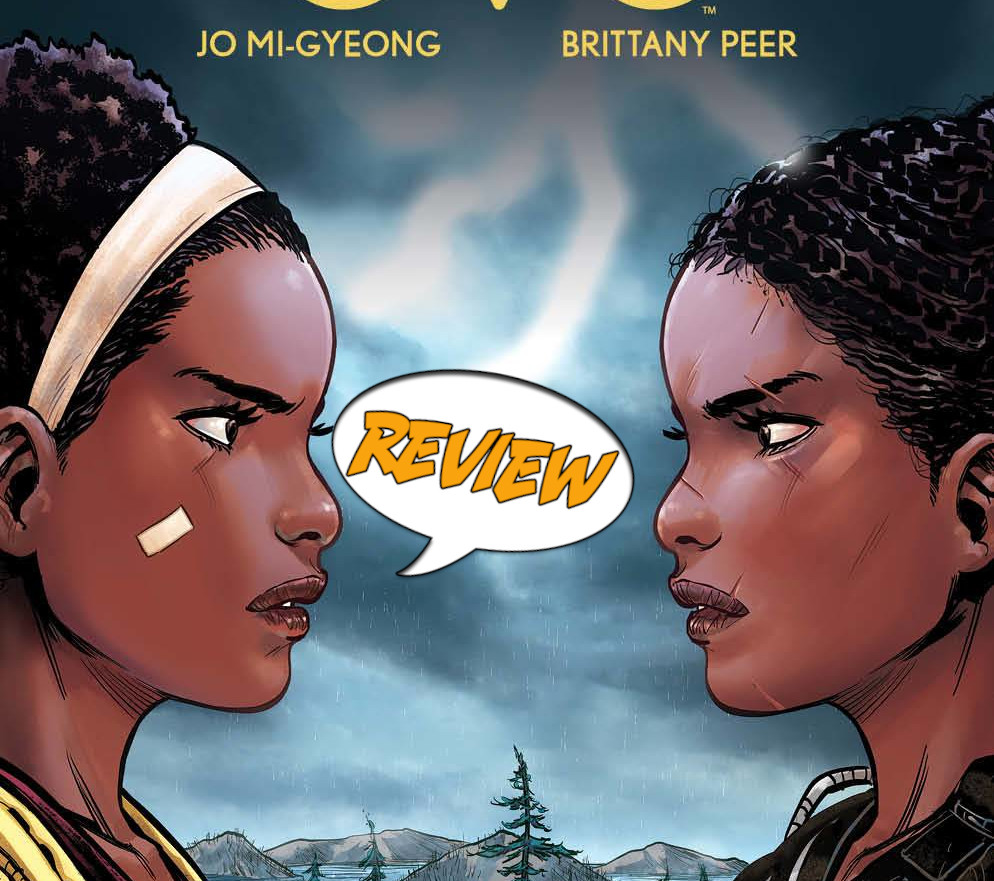 The world has destroyed itself and it is up to Eve to find the vault. Luckily, she has found some help from her sister! Find out if she can bring new life in Eve #4 by BOOM! Studios.

Previously in Eve: While the world was debating about the perils of global warming, a polar ice cap melted and unleashed a dangerous virus. Eve must reach the vault and provide humanity’s last hope! But on her journey, she has met her… sister? And Wexler is not that far behind!

NEED A LITTLE HELP FROM MY FRIEND

Eve #4 begins with Eve trying to get answers out of her sister. She learns that they are both clones sent to try and find the vault. Eve is the last clone and if she cannot succeed then humanity is over. Eve also learns that Wexler, her robot teddy bear companion, killed their father. The sisters have a pleasant night together, finally acting like kids even though tomorrow, Eve must go for the vault. Sitting on the coastline, Eve realizes that her sister is planning to stay behind. The virus only affects adults and Eve is about to enter adulthood. As Eve sails off, Wexler shows up and decides to stay with the sister until she becomes affected by the virus. Meanwhile, Eve dives down and finds the vault!

I clearly missed last issue despite trying to follow the series and missed the introduction of Eve’s sister. Luckily, Eve #4 gives us plenty of context clues to figure out what exactly is going on in the series. I really enjoyed the relationship between Eve and her clone sister and hearing them interact. Before, Eve only really talked to herself or to Wexler. Being around a person allowed us to see a different side of her that we haven’t experienced yet. Which helps gives the character another layer of depth.

I think I wanted a bigger sense of danger in this issue. There wasn’t a sense that the characters feared Wexler or any of the other dangerous forces that exist. Even if the characters are trying to take a day to ignore the danger, I think the reader should be aware of the situation that surrounds them. The characters certainly talked about the issues, but it just didn’t seem important. And when that happens, we lose the plotline. We are ramping up to the finale of the miniseries and we should be increasing the tension of the main conflict!

Eve #4 has a lot of great ideas, but I don’t think they executed them correctly in this issue. There are a lot of good content here and a bunch of things the reader needs to know. But the next issue is the finale, and I lost the sense of conflict. However, the art is great, and the dialogue is well written. I just hope the finale has the impact that this series deserves. 3.5 out of 5 from me.

Eve #4 provides an excellent amount of character depth to Eve but doesn't ramp up the conflict for its resolution next issue.